Termite colonies have been found to thrive and reproduce without males, new research from the University of Sydney reveals.

The findings provide new evidence that males aren't required to maintain some advanced animal populations. They add momentum to questions about the impact and function of males in animal societies.

It is well known that many hymenopteran insect species - which include bees and ants - are essentially all-female societies. But termites are from a different insect order and typically contain male and female reproductives and workers. 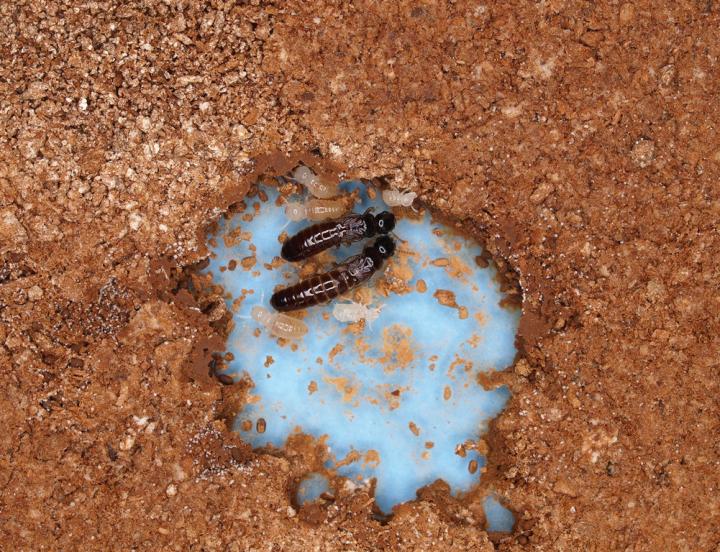 Population analysis by a team of researchers - including Professor Nathan Lo and postdoctoral researcher Dr Toshihisa Yoshiro from the University's School of Life and Environmental Sciences - has for the first time identified termite colonies that completely lack males.

Findings published in BMC Biology today showed six of 10 termite populations scrutinized by the researchers in Japan were entirely comprised of asexual females. Aside from a lack of males, the colonies' queens contained no sperm in their sperm storage organs and their eggs remained unfertilised. Furthermore, there was no significant difference in the hatching rate of these unfertilised eggs and that of fertilised eggs among mixed-sex termite populations.

All the populations studied were of the Glyptotermes nakajimai species based in Japan. This species typically inhabits forest areas and is not considered a pest.

"These results demonstrate males are not essential for the maintenance of animal societies in which they previously played an active social role," said Professor Lo.

The occasional development of unfertilised eggs in mixed-sex colonies suggests asexual female populations may have evolved from their mixed-sex counterparts.

"All else being equal, asexual populations grow at twice the rate of sexual populations because only females are required to reproduce. This increased growth rate of colonies makes it easier for populations to entrench themselves in new environments."

While it is possible some of the 276 termite species in Australia, among the most primitive and ecologically diverse in the world, reproduce asexually further research is required to determine this, Dr Yashiro said.

Loss of males from mixed-sex societies in termites was co-written by researchers from the Laboratory of Insect Ecology at Kyoto University.