A Fast Mass Extinction in South China during the "Great Dying"

It took less than 30,000 years and maybe only thousands, to kill more than 90% of sea creatures and most land species, according to the most precise study ever published about the mass extinction marking the end of the Permian Period.

Earth's greatest mass extinction, also known as the "Great Dying," occurred about 252 million years ago. By some estimates, over 90% of sea creatures and most land-dwelling reptiles disappeared. Even usually resilient plants and insects suffered near annihilation. But how long did it take to wipe out the vast majority of life on Earth? What could have caused such a massive die-off? 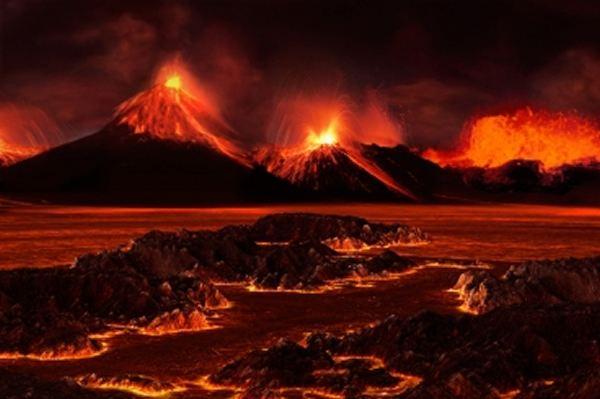 A recent study published in the Geological Society of America Bulletin on September 19 suggests an answer.

Scientists from China, the USA and Canada combined new high-resolution radiometric dating of seven closely spaced layers of volcanic material from South China's Penglaitan section with detailed biostratigraphy and geochemical analyses. Results show the duration of the end-Permian mass extinction to be about 31 thousand years, essentially instantaneous by geological standards.

"The mass extinction may have occurred in only thousands of years, but the analytical uncertainty of current CA-ID-TIMS dating technique prevents us from getting a more meaningful constraint for less than 30,000 years," said Prof. SHEN Shuzhong from the Nanjing Institute of Geology and Palaeontology (NIGPAS) of the Chinese Academy of Sciences, the lead author of this paper.

The study also suggests that the sudden extinction may have been caused by Siberian flood-basalt eruptions, along with local intensive explosive volcanism that may have started some 420 thousand years before the mass extinction. These events may have significantly reduced the stability of Late Permian ecosystems to the point where a single extreme incident finally resulted in a sudden ecosystem collapse.

Outcrop photos of the Permian-Triassic boundary interval at Penglaitan. 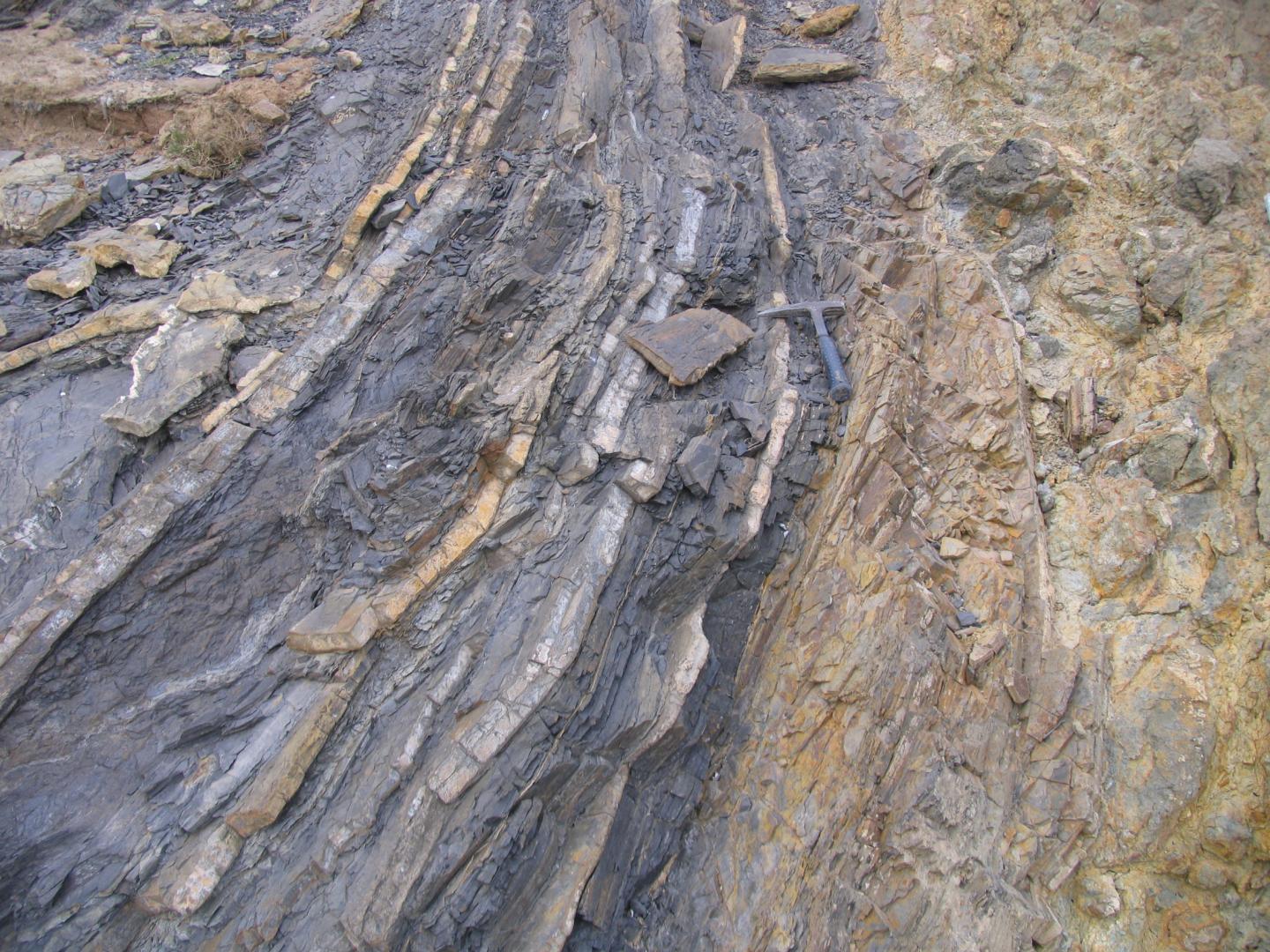 For decades, scientists have studied the Permian-Triassic boundary at Meishan in Zhejiang Province, South China, which serves as the international reference for the boundary. But this "condensed section" - a lot of time represented by a small thickness of sediments - makes it difficult to discern if the extinctions were abrupt or gradual.

To deal with this problem, SHEN and colleagues from CAS, MIT, the National Museum of Natural History (Washington, D.C.) and the University of Calgary focused their attention on the Penglaitan section in South China's Guangxi Autonomous Region.

The Penglaitan sediments were deposited in shallow, tropical waters where sediments accumulated more than 100 times faster than in the Meishan beds, making the Penglaitan sediment much thicker than Meishan for a comparable period of time. In other words, only a few centimeters of rock at Meishan are equivalent to meters of sediment in Penglaitan. The expanded section at Penglaitan allowed the scientists to study the events at the Permian-Triassic boundary at a much higher temporal resolution.

In addition to the higher sedimentation rates, the Penglaitan section has better geochronologic and stratigraphic controls, and rich palaeontological data, enabling examination of the fine structure of the extinction and coeval environmental perturbations.

SHEN and his colleagues documented a rich Late Permian biota at Penglaitan, with at least 10 major marine fossil groups, including brachiopods, ammonoids, sponges, corals, conodonts, foraminifera, bryozoans, bivalves, and trilobites. Twenty-nine of the 66 Permian species identified in the section disappeared within or at the top of a single bed of volcanic ash-rich sandstone (Bed 141). Moreover, there is no "survival interval" of Permian taxa extending into the Early Triassic. This highly diverse marine ecosystem suddenly disappeared during the time of deposition of Bed 141.

The radiometric ages of the Siberian Traps volcanism match the radiometric dates recovered from the volcanic ash beds preserved at Penglaitan and Meishan. The overlap in dates suggests that the environmental effects of volcanic gases like carbon dioxide, methane and sulfur dioxide could have been deadly. A lethal greenhouse warming, oceans depleted of dissolved oxygen, acid rain, and atmospheric pollution by heavy metals would have made life difficult.

Previously, scientists working on the problem were not even sure whether there was one pulse or two pulses of extinction at the Permian-Triassic boundary, or whether some Permian species actually survived into the earliest Triassic beds. These problems could not be resolved in condensed sections like Meishan. In contrast, the Permian deposits at Penglaitan contain more than 50 volcanic ash layers and volcanic ash-rich sandstone beds, possibly produced by pyroclastic flows from the nearby volcanic arc eruption centers in South China, thus presenting a clearer picture of the extinction period. The abrupt change in deposition from the uppermost Permian limestones and ash-rich sandstones to black shale with centimeter-scale limestone interbeds in the lowermost Triassic clearly represents a major shift in the oceanic environment.

The Permian extinction has in the past been linked to a time of rapid climate warming, potentially produced by carbon dioxide and methane emissions from the massive Siberian flood basalt eruptions.

High-resolution paleotemperature measurements across the mass extinction interval suggest a substantial warming of up to 10 degrees Celsius immediately after the mass extinction event. "This might explain the shift in sediment type from limestones in the Permian to early Triassic black shales, indicating ocean anoxia," said SHEN.

A warming climate may cause ocean currents to become sluggish while at the same time bringing increased nutrients into the sea from increased weathering and river runoff. The reduction in mixing of oxygen-rich waters from the ocean surface with deeper waters, and the increase in ocean productivity triggered by the increased nutrient supply, could have led to increased organic carbon deposition and resulting ocean anoxia.