Water-Worlds Are Common: Exoplanets May Contain Vast Amounts of Water

Scientists have shown that water is likely to be a major component of those exoplanets (planets orbiting other stars) which are between two to four times the size of Earth. It will have implications for the search of life in our Galaxy. The work is presented at the Goldschmidt conference in Boston.

The 1992 discovery of exoplanets orbiting other stars has sparked interest in understanding the composition of these planets to determine, among other goals, whether they are suitable for the development of life. Now a new evaluation of data from the exoplanet-hunting Kepler Space Telescope and the Gaia mission indicates that many of the known planets may contain as much as 50% water. This is much more than the Earth's 0.02% (by weight) water content.

"It was a huge surprise to realize that there must be so many water-worlds", said lead researcher Dr Li Zeng (Harvard University), 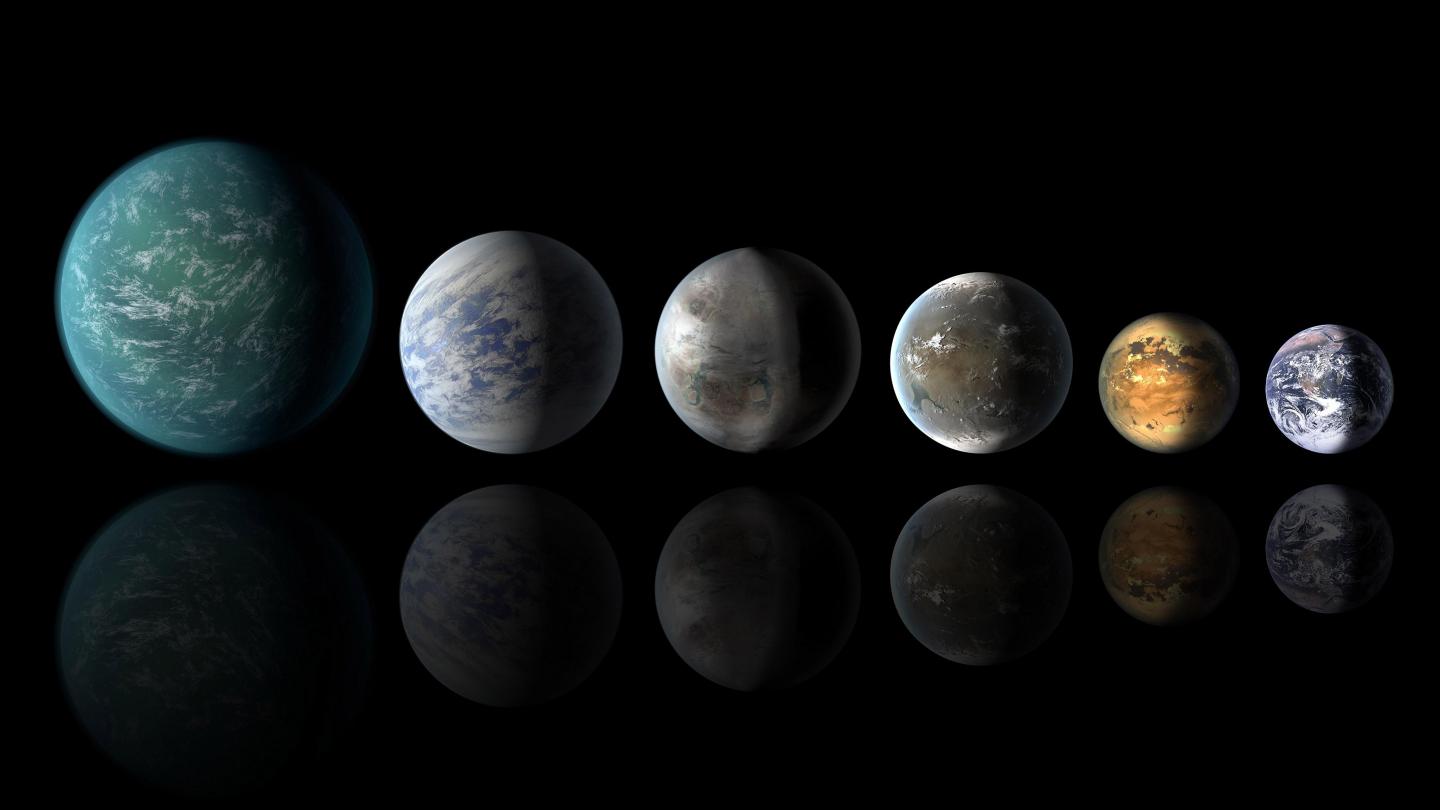 Now a group of International scientists, after analyzing the exoplanets with mass measurements and recent radius measurements from the Gaia satellite, have developed a model of their internal structure.

"We have looked at how mass relates to radius, and developed a model which might explain the relationship", said Li Zeng. The model indicates that those exoplanets which have a radius of around x1.5 Earth radius tend to be rocky planets (of typically x5 the mass of the Earth), while those with a radius of x2.5 Earth radius (with a mass around x10 that of the Earth) are probably water worlds".

"This is water, but not as commonly found here on Earth", said Li Zeng. "Their surface temperature is expected to be in the 200 to 500 degree Celsius range. Their surface may be shrouded in a water-vapor-dominated atmosphere, with a liquid water layer underneath. Moving deeper, one would expect to find this water transforms into high-pressure ices before we reaching the solid rocky core. The beauty of the model is that it explains just how composition relates to the known facts about these planets".

Li Zeng continued, "Our data indicate that about 35% of all known exoplanets which are bigger than Earth should be water-rich. These water worlds likely formed in similar ways to the giant planet cores (Jupiter, Saturn, Uranus, Neptune) which we find in our own solar system. The newly-launched TESS mission will find many more of them, with the help of ground-based spectroscopic follow-up. The next generation space telescope, the James Webb Space Telescope*, will hopefully characterize the atmosphere of some of them. This is an exciting time for those interested in these remote worlds".

"It's amazing to think that the enigmatic intermediate-size exoplanets could be water worlds with vast amounts of water. Hopefully atmosphere observations in the future--of thick steam atmospheres---can support or refute the new findings".

*JWST is the James Webb Space Telescope, which will be the successor to the Hubble space telescope. It is due to be launched in 2021, see https://www.bbc.com/news/science-environment-44631661 for background.