The Fate of Plastic in the Oceans: Experiment Shows: Microplastics Aggregate with Natural Particles

The oceans contain large numbers of particles of biological origin, including, for example, living and dead plankton organisms and their faecal material. These so-called biogenic particles interact with each other and often form lumps, or scientifically correct aggregates, many of which sink down in the water column. In addition to these natural particles, large amounts of plastic particles with a size of less than five millimetres, i.e. microplastics, have been in the oceans for some time.

Although new microplastics are constantly entering the oceans and some types of plastic have a relatively low density and therefore drift at the water surface, the microplastics concentrations at the surface of the oceans are often lower than expected.

In addition, microplastics have repeatedly been found in deep-sea sediments in recent years. What happens to the microplastics in the ocean surface layer? How do they get to great water depths? "Our hypothesis was that microplastics, together with the biogenic particles in the seawater, form aggregates that possibly sink into deeper water layers," explains Dr. Jan Michels, member of the Cluster of Excellence 'The Future Ocean' and lead author of the study, which was published in the international journal Proceedings of the Royal Society B today.

Biofilm formed by bacteria and microalgae on a plastic surface in water from the Kiel Fjord, visualized with confocal laser scanning microscopy. 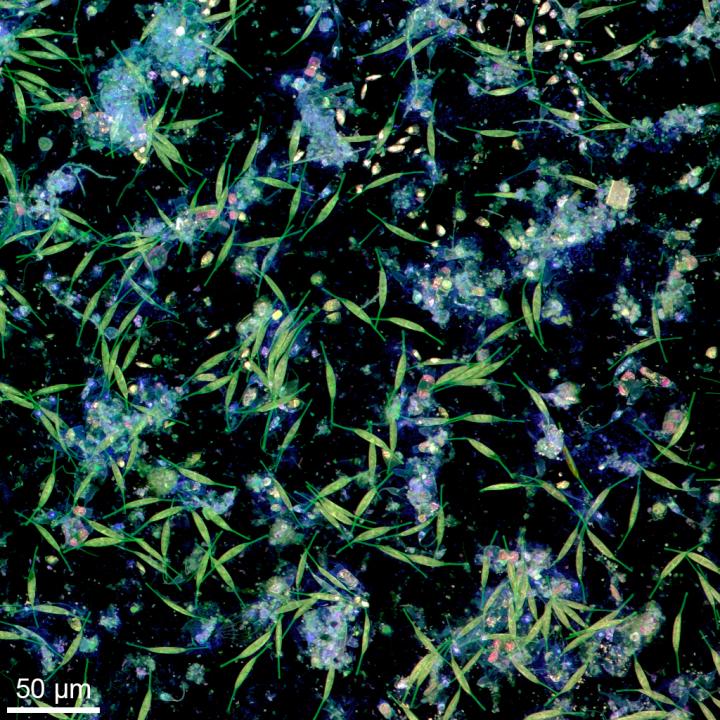 To test this hypothesis, the researchers conducted laboratory experiments with polystyrene beads featuring a size of 700 to 900 micrometres. The aggregation behaviour of the beads was compared in the presence and in the absence of biogenic particles. The experiments provided a clear result: "The presence of biogenic particles was decisive for the formation of aggregates. While microplastic particles alone did nearly not aggregate at all, they formed quite pronounced and stable aggregates together with biogenic particles within a few days," describes Prof. Dr. Anja Engel, head of the GEOMAR research group, in which the study was carried out. After twelve days, an average of 73 percent of the microplastics were included in the aggregates.

"In addition, we assumed that biofilms that are present on the surface of the microplastics play a role in the formation of aggregates," explains Michels, who led the investigations during his time at GEOMAR and now works at Kiel University. Such biofilms are formed by microorganisms, typically bacteria and unicellular algae, and are relatively sticky. To investigate their influence on the aggregation, comparative experiments were conducted with plastic beads that were either purified or coated with a biofilm. 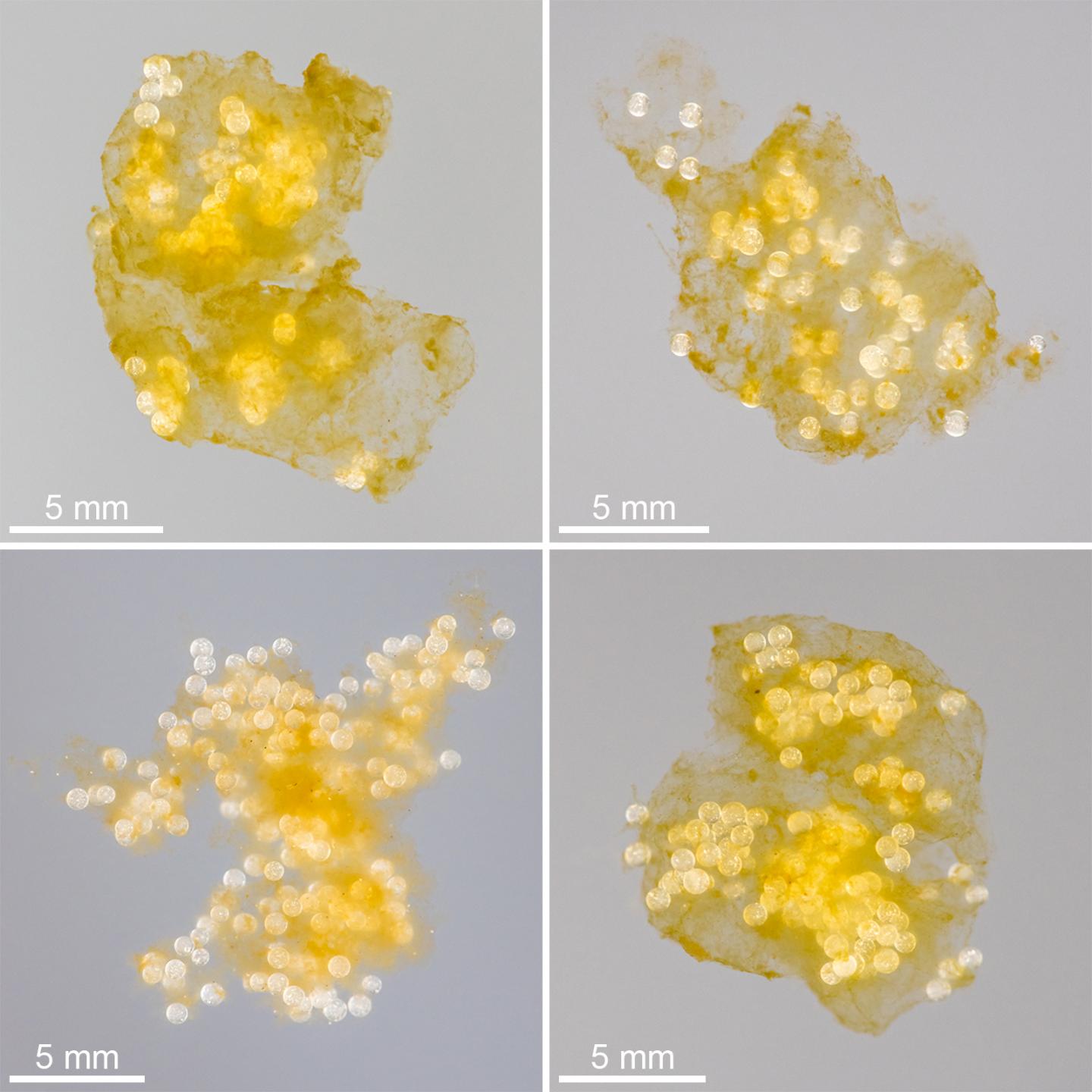 "This is why the aggregation processes that we observed in our laboratory experiments very likely also take place in the oceans and have a great influence on the transport and distribution of microplastics," explains Prof. Dr. Kai Wirtz, who works at the Helmholtz-Zentrum Geesthacht and was involved in the project. This could be further investigated in the future through a targeted collection of aggregates in the oceans and subsequent systematic analyses for the presence of microplastic