Somewhere in the American Southwest or northern Mexico, there are probably the ruins of a scarlet macaw breeding operation dating to between 900 and 1200 C.E., according to a team of archaeologists who sequenced the mitochondrial DNA of bird remains found in the Chaco Canyon and Mimbres areas of New Mexico.

Remains of a thriving prehistoric avian culture and breeding colony of scarlet macaws exist at the northern Mexican site of Paquimé, or Casas Grande. However, this community existed from 1250 to 1450, well after the abandonment of Chaco Canyon, and could not have supplied these birds to Southwest communities prior to the 13th century, said Richard George, graduate student in anthropology, Penn State. 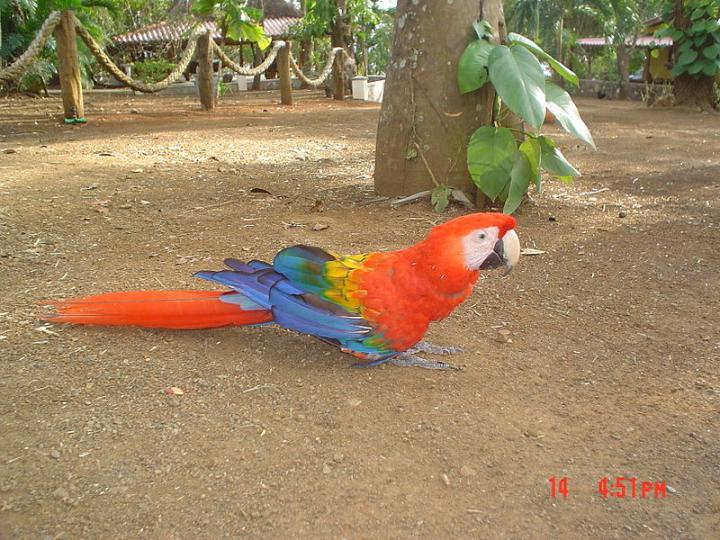 Historically, scarlet macaws lived from South America to eastern coastal Mexico and Guatemala, thousands of miles from the American Southwest. Previously, researchers thought that ancestral Puebloan people might have traveled to these natural breeding areas and brought birds back, but the logistics of transporting adolescent birds are difficult. None of the sites where these early macaw remains were found contained evidence of breeding -- eggshells, pens or perches.

"We were interested in the prehistoric scarlet macaw population history and the impacts of human direct management," said George. "Especially any evidence for directed breeding or changes in the genetic diversity that could co-occur with different trade networks."

The researchers sequenced the mitochondrial DNA of 20 scarlet macaw specimens, but were only able to obtain full sequences from 14. They then directly radiocarbon-dated all 14 birds with complete or near complete genomes and found they fell between 900 and 1200 CE.

"We looked at the full mitochondrial genome of over 16,000 base pairs to understand the maternal relationships represented in the Chaco Canyon and Mimbres regions," said George.

Early illustration of a scarlet macaw drawn in Illustrations of the Family of Psittacidae, or Parrots, by Edward Lear in 1832. 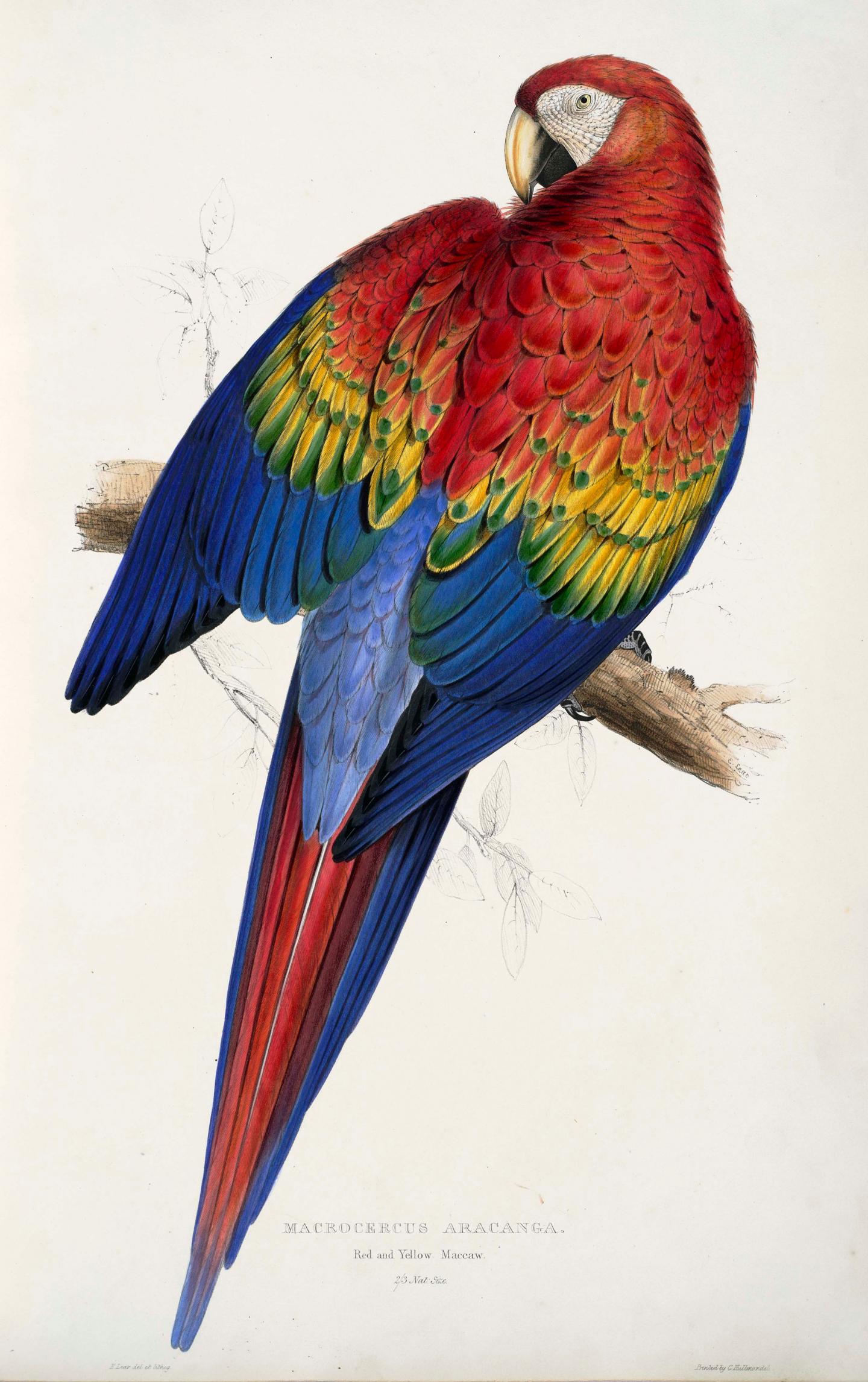 Scarlet macaws in Mexico and Central America have five haplogroups -- genetically similar, but not identical mitochondrial DNA lines -- and each haplogroup has a number of haplotypes containing identical DNA lines. The researchers found that their scarlet macaws were all from haplogroup 6 and that 71 percent of the birds shared one of four unique haplotypes. They report the results of this analysis today (Aug 13) in the Proceedings of the National Academy of Sciences.

The researchers found that the probability of obtaining 14 birds from the wild and having them all come from the same haplogroup, one that is small and isolated, was extremely small. A better explanation, especially because these specimens ranged over a 300-year period, is that all the birds came from the same breeding population and that this population existed somewhere in the American Southwest or northern Mexico.

"These birds all likely came from the same source, but we don't have any way to support that assumption without examining the full genome," said George. "However, the genetic results likely indicate some type of narrow breeding from a small founder population with little or no introgression or resupply."

However, no one has found macaw breeding evidence dating to the 900 to 1200 period in the American Southwest or northern Mexico.

"The next step will be to analyze macaws from other archaeological sites in Arizona and northern Mexico to narrow down the location of this early breeding colony," said Douglas Kennett, professor and head of anthropology, Penn State, and co-director or the project.