While speediness is a priority for any animal trying to escape a predator or avoid a fall, a new study by Simon Fraser University researchers suggests that even the fastest reflexes among all animals are remarkably slow.

"Animals as small as shrews and as large as elephants are built out of the same building blocks of nerve and muscle,” says Max Donelan, a professor of Biomedical Physiology and Kinesiology (BPK) and director of SFU’s Locomotion Lab. “We sought to understand how these building blocks are configured in different sized animals, and how this limits their performance.”

The study is published today in the Proceedings of the Royal Society B.

Since an animal’s life can hinge on how quickly it can sense and respond to stimuli, the team set out to quantify the speed of the fastest reflex involved in the locomotion of terrestrial mammals, in animals ranging in size from minuscule shrews to massive elephants.

“Not surprisingly, we found that reflexes take a lot longer in large animals--about 17 times longer than their smallest counterparts,” says SFU postdoctoral researcher Heather More. “What was more interesting to us is that these delays are mostly offset by movement times that also increase with size—relative delay is only twice as long in an elephant as in a shrew, putting large animals at only a slight disadvantage.”

SFU postdoc researcher Heather More, who is working with professor Max Donelan as part of his team in SFU's Locomotion Lab 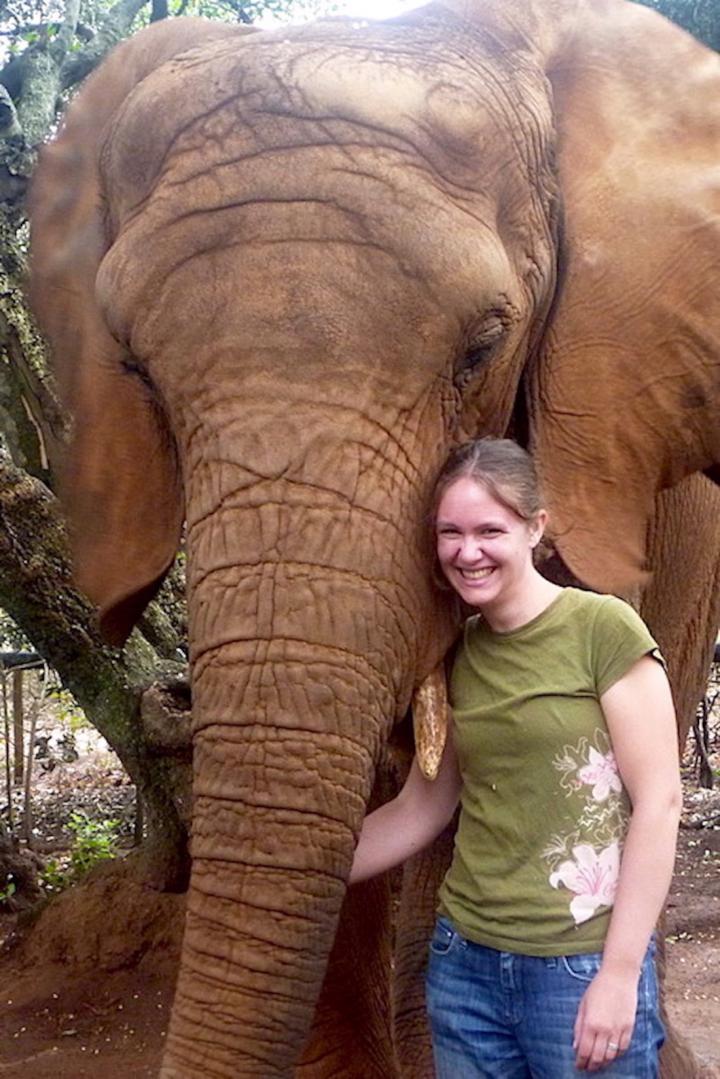 More says their findings have implications for all animals, no matter what their size. “When running quickly, all animals are challenged by their lengthy response times which comprise nearly all of their available movement time—even the fastest reflex for the control of running is remarkably slow.” She adds: “If a small animal puts its foot in a hole when sprinting, there is barely enough time for it to adjust its motion while the foot is on the ground, and a large animal has no time at all—it has to wait until the next step.”

More puts these delays in context: “One component of response time, nerve conduction delay, is particularly long in large animals. To compare to engineered systems, it takes less time for an orbiting satellite to send a signal to earth than for an elephant’s spinal cord to send a signal to its lower leg.”

A different component delay—the time for a nerve impulse to cross a single synapse in the spinal cord—is relatively long for small animals and relatively short for large animals. “This synaptic delay is one measure of the time to think—so large animals have lots of time to think about how to respond to a disturbance, whereas as small animals don’t."

The researchers say this means small and large animals likely compensate for their relatively slow reflexes in different ways. “We suspect that small animals rely on pre-flexive control, where their bodies are built in such a way that they can reject disturbances like stepping in a hole without intervention from their nervous system,” says Donelan.

“Large animals, on the other hand, may rely more on prediction to think ahead about the consequences of their movements and adjust accordingly.”

Donelan’s lab has carried out previous locomotion studies involving elephants, giraffes and even kangaroos. A founder of Bionic Power and one of the original inventors of the bionic energy harvester, his research over the years has garnered international attention.