If you’ve got an unemployed, 30-year-old adult child still living in the basement, fear not. 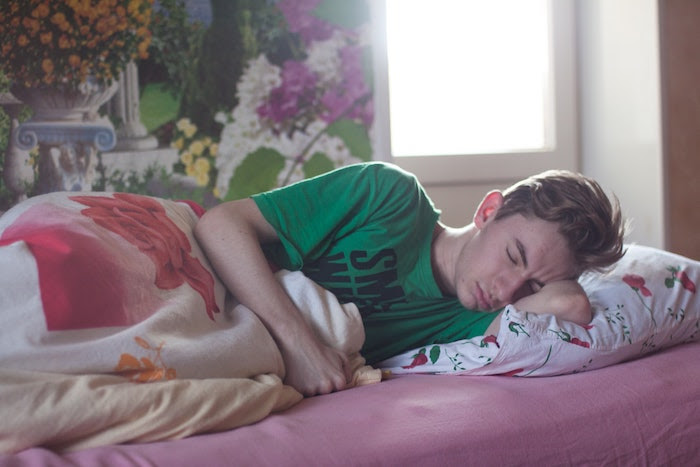 A new large-data study of fossil and extant bivalves and gastropods in the Atlantic Ocean suggests laziness might be a fruitful strategy for survival of individuals, species and even communities of species. The results have just been published in the Proceedings of the Royal Society B by a research team based at the University of Kansas.

“We wondered, 'Could you look at the probability of extinction of a species based on energy uptake by an organism?'” said Luke Strotz, postdoctoral researcher at KU’s Biodiversity Institute and Natural History Museum and lead author of the paper. “We found a difference for mollusk species that have gone extinct over the past 5 million years and ones that are still around today. Those that have gone extinct tend to have higher metabolic rates than those that are still living. Those that have lower energy maintenance requirements seem more likely to survive than those organisms with higher metabolic rates.”

The species Arcinella cornuta was part of a University of Kansas study suggesting higher metabolic rates were a reliable predictor of extinction likelihood.

Credit: Hendricks, J. R., Stigall, A. L., and Lieberman, B. S. 2015. The Digital Atlas of Ancient Life: delivering information on paleontology and biogeography via the web. Palaeontologia Electronica, Article 18.2.3E.

Looking at a period of roughly 5 million years from the mid-Pliocene to the present, the researchers analyzed 299 species’ metabolic rates — or, the amount of energy the organisms need to live their daily lives — and found higher metabolic rates were a reliable predictor of extinction likelihood.

Strotz’ co-authors were KU’s Julien Kimmig, collection manager at the Biodiversity Institue, and Bruce Lieberman, professor of ecology and evolutionary biology, as well as Erin Saupe of Oxford University.

“Maybe in the long term the best evolutionary strategy for animals is to be lassitudinous and sluggish — the lower the metabolic rate, the more likely the species you belong to will survive,” Lieberman said. “Instead of ‘survival of the fittest,’ maybe a better metaphor for the history of life is ‘survival of the laziest’ or at least ‘survival of the sluggish.’”


The species Anadara aequalitas was part of a KU study suggesting higher metabolic rates were a reliable predictor of extinction likelihood.

Credit: Hendricks, J. R., Stigall, A. L., and Lieberman, B. S. 2015. The Digital Atlas of Ancient Life: delivering information on paleontology and biogeography via the web. Palaeontologia Electronica, Article 18.2.3E.

The researchers said their work could have important implications for forecasting which species may be likely to vanish in the near term in the face of impending climate change.

“In a sense, we’re looking at a potential predictor of extinction probability,” Strotz said. “At the species level, metabolic rate isn’t the be-all, end-all of extinction — there are a lot of factors at play. But these results say that the metabolic rate of an organism is a component of extinction likelihood. With a higher metabolic rate, a species is more likely to go extinct. So, it’s another tool in the toolbox. This will increase our understanding of the mechanisms that drive extinction and help us to better determine the likelihood of a species going extinct.”

The team found that a higher metabolic rate was a better indicator of extinction probability, especially when the species were confined to a smaller habitat, and less so when a species was spread over a wide geographic area of the ocean.

The team also found that cumulative metabolic rates for communities of species remained stable, even as individual species appear and disappear within the community.

“We find if you look at overall communities, and all the species that make up those communities, the average metabolic rate for the community tends to remain unchanged over time,” Strotz said. “There seems to be stasis in communities at the energetic level. In terms of energy uptake, new species develop — or the abundance of those still around increases — to take up the slack, as other species go extinct. This was a surprise, as you’d expect the community level metabolic rate to change as time goes by. Instead, the mean energy uptake remains the same over millions of years for these bivalves and gastropods, despite numerous extinctions.”

Strotz said he used mollusks to study the phenomenon of metabolism’s contribution to extinction rates because of ample available data about living and extinct species.

“You need very large data sets with a lot of species and occurrences,” he said. “Many of these bivalves and gastropod species are still alive, so a lot of the data we needed to do this work can come from what we know about living bivalve and gastropod physiology. The reason we picked the Western Atlantic as a study area is because we have excellent large datasets recording distribution of both fossil and living mollusks from this region. I used a lot of fossil material from collections around the U.S.”

According to the research team, a follow-up to this line of inquiry will be to establish the extent to which metabolic rate has an influence on the extinction rates of other kinds of animals.

“We see these results as generalizable to other groups, at least within the marine realm,” Strotz said. “Some of the next steps are to expand it out to other clades, to see if the result is consistent with some things we know about other groups. There is a question as to whether this is just a mollusk phenomenon? There’s some justification, given the size of this data set, and the long amount of time it covers, that it’s generalizable. But you need to look — can it apply to vertebrates? Can it apply on land?”