Her conclusions, she said, may aid in the treatment of the diplomats (and affected family members) and assist U.S. government agencies seeking to determine the precise cause. More broadly, Golomb said her research draws attention to a larger population of people who are affected by similar health problems.

"I looked at what's known about pulsed RF/MW in relation to diplomats' experiences," said Golomb. "Everything fits. The specifics of the varied sounds that the diplomats reported hearing during the apparent inciting episodes, such as chirping, ringing and buzzing, cohere in detail with known properties of so-called 'microwave hearing,' also known as the Frey effect.

This is Beatrice Golomb, MD, PhD, professor of medicine at UC San Diego School of Medicine. 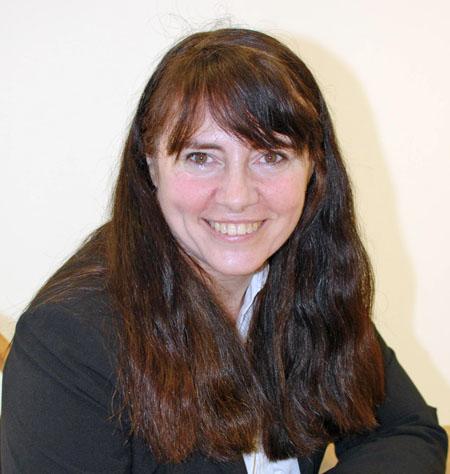 "And the symptoms that emerged fit, including the dominance of sleep problems, headaches and cognitive issues, as well as the distinctive prominence of auditory symptoms. Even objective findings reported on brain imaging fit with what has been reported for persons affected by RF/MW radiation."

Beginning in 2016, personnel at the U.S. Embassy in Havana, Cuba (as well as Canadian diplomats and family members) described hearing strange sounds, followed by development of an array of symptoms. The source of the health problems has not been determined. Though some officials and media have described the events as "sonic attacks," some experts on sound have rejected this explanation. In May of this year, the State Department reported that U.S. government employees in Guangzhou, China had also experienced similar sounds and health problems.

Affected diplomats and family members from both locations were medically evacuated to the U.S. for treatment, but despite multiple government investigations, an official explanation of events and subsequent illnesses has not been announced. At least two early published studies examining available data were inconclusive.

In her paper, scheduled to be published September 15 in Neural Computation, Golomb compared rates of described symptoms among diplomats with a published 2012 study of symptoms reported by people affected by electromagnetic radiation in Japan. By and large, she said the cited symptoms -- headache, cognitive problems, sleep issues, irritability, nervousness or anxiety, dizziness and tinnitus (ringing in the ears) -- occurred at strikingly similar rates.

Some diplomats reported hearing loss. That symptom was not assessed in both studies so rates could not be compared, but Golomb said it is widely reported in both conditions. She also noted that previous brain imaging research in persons affected by RF/ EMR "showed evidence of traumatic brain injury, paralleling reports in diplomats."

David O. Carpenter, MD, is director of the Institute for Health and the Environment at the University of Albany, part of the State University of New York. He was not involved in Golomb's study. He said evidence cited by Golomb illustrates "microwave hearing," which results "from heating induced in tissue, which causes 'waves' in the ear and results in clicks and other sounds." Reported symptoms, he said, characterize the syndrome of electrohypersensitivity (EHS), in which unusual exposure to radiofrequency radiation can trigger symptoms in vulnerable persons that may be permanent and disabling.

"We have seen this before when the Soviets irradiated the U.S. Embassy in Moscow in the days of the Cold War," he said.

Golomb, whose undergraduate degree was in physics, conducts research investigating the relationship of oxidative stress and mitochondrial function -- mechanisms shown to be involved with RF/EMR injury -- to health, aging, behavior and illness. Her work is wide-ranging, with published studies on Gulf War illness, statins, antibiotic toxicity, ALS, autism and the health effects of chocolate and trans fats, with a secondary interest in research methods, including placebos.

Golomb said an analysis of 100 studies examining whether low-level RF produced oxidative injury found that 93 studies concluded that it did. Oxidative injury or stress arises when there is an imbalance between the production of reactive oxygen species (free radicals) and the body's detoxifying antioxidant defenses. Oxidative stress has been linked to a range of diseases and conditions, from Alzheimer's disease, autism and depression to cancer and chronic fatigue syndrome, as well as toxic effects linked to certain drugs and chemicals. More to the point, Golomb said, oxidative injury has been linked to the symptoms and conditions reported in diplomats.

The health consequences of RF/MW exposure is a matter of on-going debate. Some government agencies, such as the National Institute of Environmental Health Sciences and the National Cancer Institute, publicly assert that low- to mid-frequency, non-ionizing radiation like those from microwaves and RF is generally harmless. They cite studies that have found no conclusive link between exposure and harm.

But others, including researchers like Golomb, dispute that conclusion, noting that many of the no-harm studies were funded by vested industries or had other conflicts of interest. She said independent studies over decades have reported biological effects and harms to health from nonionizing radiation, specifically RF/MW radiation, including via oxidative stress and downstream mechanisms, such as inflammation, autoimmune activation and mitochondrial injury.

Golomb compared the situation to persons with peanut allergies: Most people do not experience any adverse effect from peanut exposure, but for a vulnerable subgroup, exposure produces negative, even life-threatening, consequences.

In her analysis, Golomb concludes that "of hypotheses tendered to date, (RF/MW exposure) alone fits the facts, including the peculiar ones" regarding events in Cuba and China. She said her findings advocate for more robust attention to pulsed RF/MW and associated adverse health effects.

"The focus must be on research by parties free from ties to vested interests. Such research is needed not only to explain and address the symptoms in diplomats, but also for the benefit of the small fraction - but large number -- of persons outside the diplomatic corps, who are beset by similar problems."