The palace-city of Samarra, capital of the former Abbasid Caliphate, was home to an advanced industry of glass production and trade, according to a study published August 22, 2018 in the open-access journal PLOS ONE by Nadine Schibille of the CNRS, France and colleagues.

Located in Iraq about 125km north of Baghdad, Samarra was the Abbasid capital from 836-892CE. Noted for its abundance of decorative architectural glass, the city represents an important source of archaeological information on early Islamic art and architecture. However, details of the production of Samarra's glass artefacts, as well as their role in the city's economy, have been elusive.

Glass artefacts from Samarra, including a range of vessel types, optical properties, and decorative techniques. 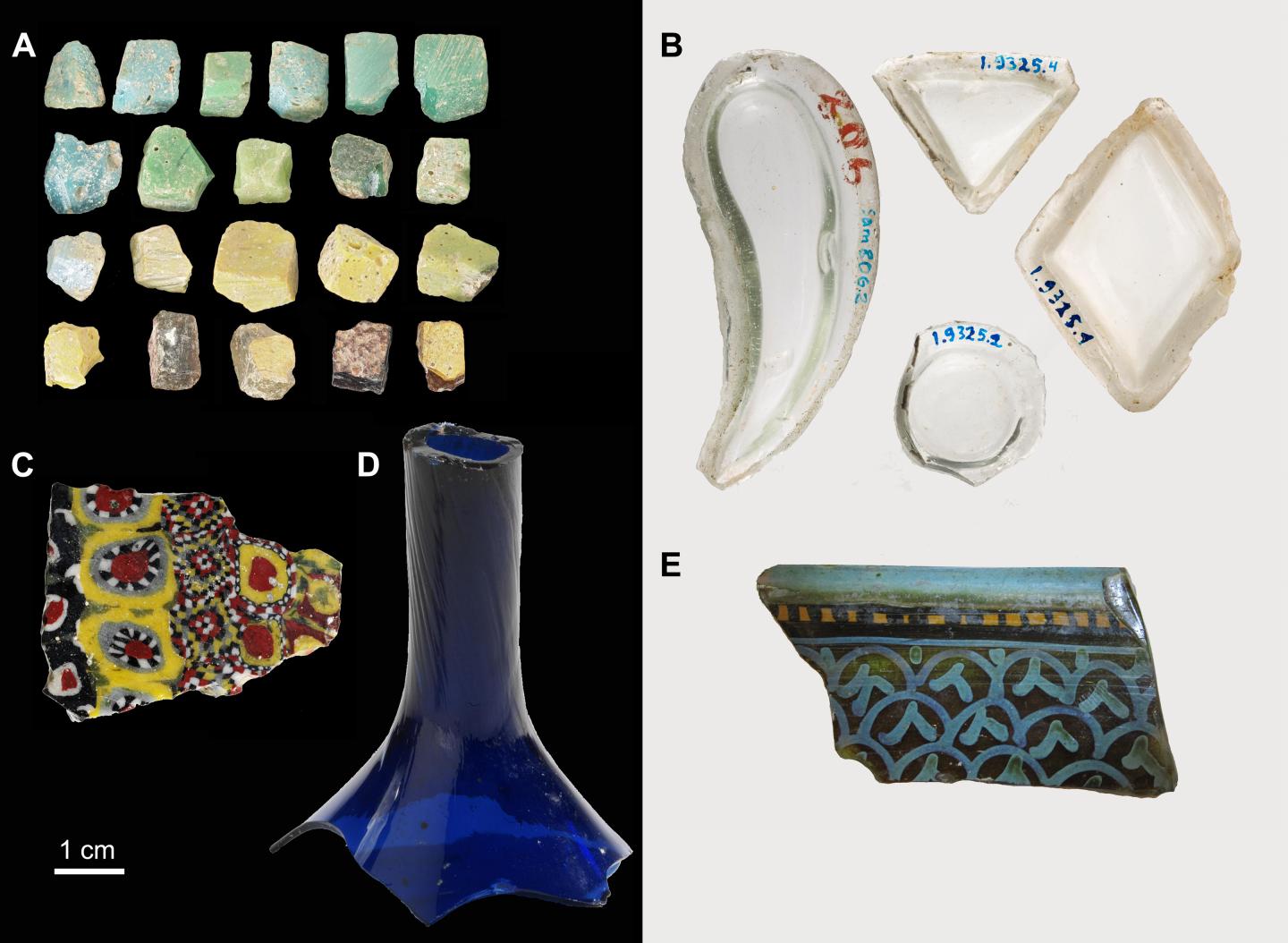 Credit: Images A, C and D from the Victoria and Albert Museum, London [http://collections.vam.ac.uk]; images B and E from the Museum für islamische Kunst / Staatliche Museen zu Berlin [www.smb-digital.de/eMuseumPlus]


In this study, the authors examined 265 Samarra glass artefacts housed in museum collections in Germany and England, including bowls, lamps, bottles, decorative and architectural glasses, and more. Trace elements in the glass, identified using mass-spectrometric analysis, offered clues to the geographic origin of the raw materials used in the making of the different types of glass artefacts.

The results suggest that a portion of Samarra's glass was imported from other regions, such as the Levant and Egypt. But the majority of the glass artefacts were so similar in composition that the authors strongly suspect much of the glass was being produced locally. This paints a picture of a city with an important industry of glass production and trade, confirming earlier hypotheses based on writings from this time period. The fact that the highest-quality glass was used to decorate the city's main caliphal palace suggests that glass was of great cultural and economic value at this time.

Schibille notes: "High-resolution chemical analysis of ninth-century glasses from Samarra reveals a sophisticated Abbasid glass industry as well as selective imports of specific glass objects. Our analytical data thus confirm written sources about the production of glass in the vicinity of the new capital city."