Researchers have created the fastest man-made rotor in the world, which they believe will help them study quantum mechanics.

At more than 60 billion revolutions per minute, this machine is more than 100,000 times faster than a high-speed dental drill.

"This study has many applications, including material science," said Tongcang Li, an assistant professor of physics and astronomy, and electrical and computer engineering, at Purdue University. "We can study the extreme conditions different materials can survive in."

Researchers have created the fastest man-made rotor in the world by spinning a nanodumbbell with a circularly polarized laser. 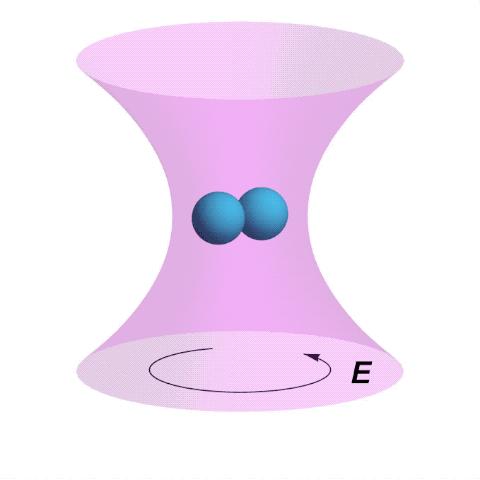 Li's team synthesized a tiny dumbbell from silica and levitated it in high vacuum using a laser. The laser can work in a straight line or in a circle - when it's linear, the dumbbell vibrates, and when it's circular, the dumbbell spins.

A spinning dumbbell functions as a rotor, and a vibrating dumbbell functions like an instrument for measuring tiny forces and torques, known as a torsion balance. These devices were used to discover things like the gravitational constant and density of Earth, but Li hopes that as they become more advanced, they'll be able to study things like quantum mechanics and the properties of vacuum. Watch a video to see how it happens here.

"People say that there is nothing in vacuum, but in physics, we know it's not really empty," Li said. "There are a lot of virtual particles which may stay for a short time and then disappear. We want to figure out what's really going on there, and that's why we want to make the most sensitive torsion balance."

Tongcang Li and Jonghoon Ahn have levitated a nanoparticle in vacuum and driven it to rotate at high speed, which they hope will help them study the properties of vacuum and quantum mechanics. 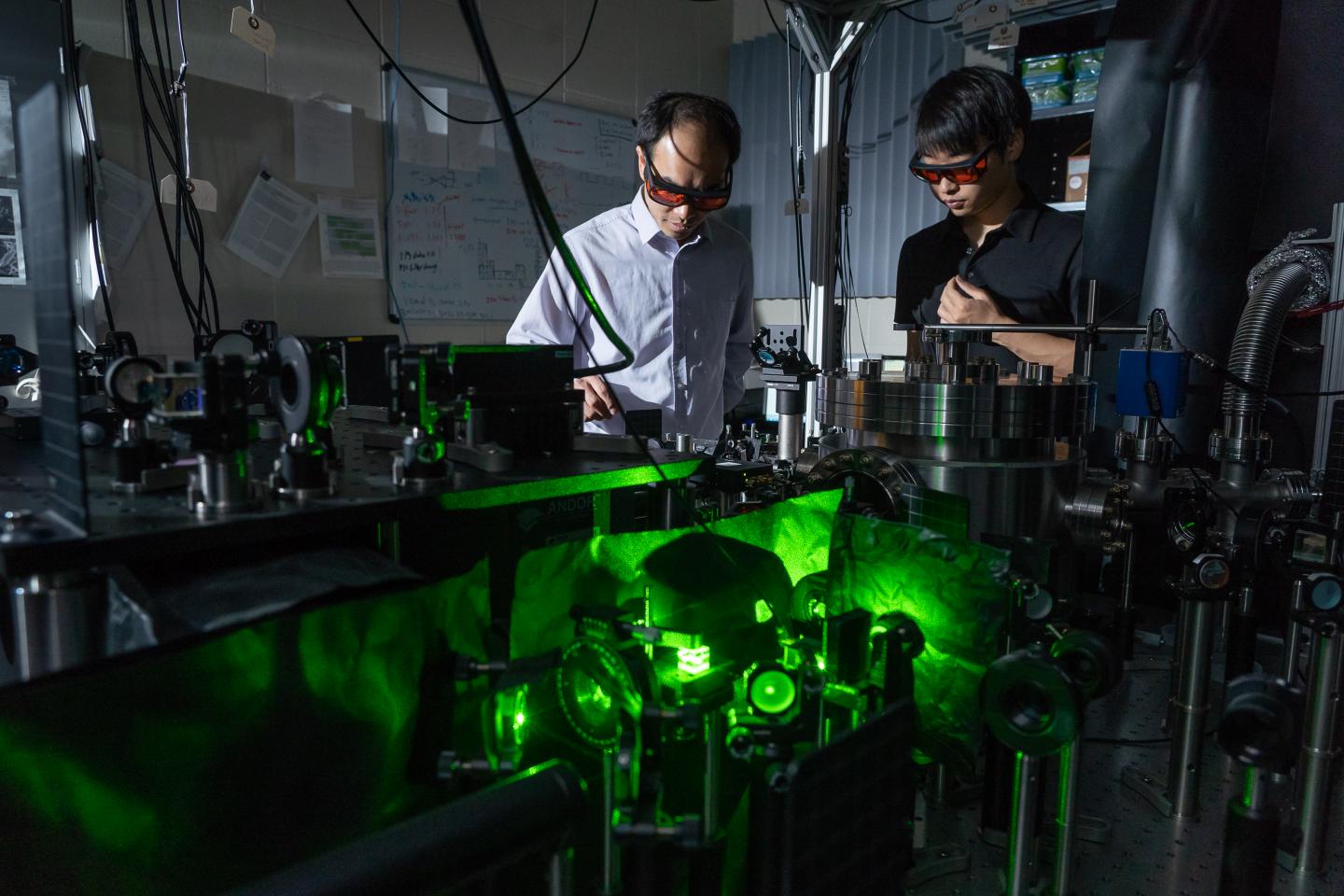 By observing this tiny dumbbell spin faster than anything before it, Li's team may also be able to learn things about vacuum friction and gravity. Understanding these mechanisms is an essential goal for the modern generation of physics, Li said.

Researchers from Purdue, Peking University, Tsinghua University, and the Collaborative Innovation Center of Quantum Matter in Beijing also contributed to this work. The first author of this work is Jonghoon Ahn, a graduate student in Li's research group. Li's research was funded by the National Science Foundation and Office of Naval Research.