Who Is Watching Who Is Grooming Who Is Important to Primates

Not only the attractiveness of a potential grooming partner matters to wild chimpanzees and sooty mangabeys, their choice also depends on who is observing them

When humans cooperate with others they take their previous experiences with specific individuals into account, as well as their usefulness for carrying out a specific task. Moreover, they consider whether a better candidate is available, and whether the potential cooperation partner is actually reliable.

Researcher of the Max Planck Institute for Evolutionary Anthropology in Leipzig, Germany, show that wild chimpanzees and sooty mangabeys, two primate species who live in complex social groups, choose their grooming partners based on a variety of criteria, including their social relationship with them and their potential partner’s dominance rank. In particular, individuals of both species avoided grooming group mates whose friends were among the bystanders, as grooming might be interrupted.

Chimpanzees prefer grooming mothers with babies, or their friends. 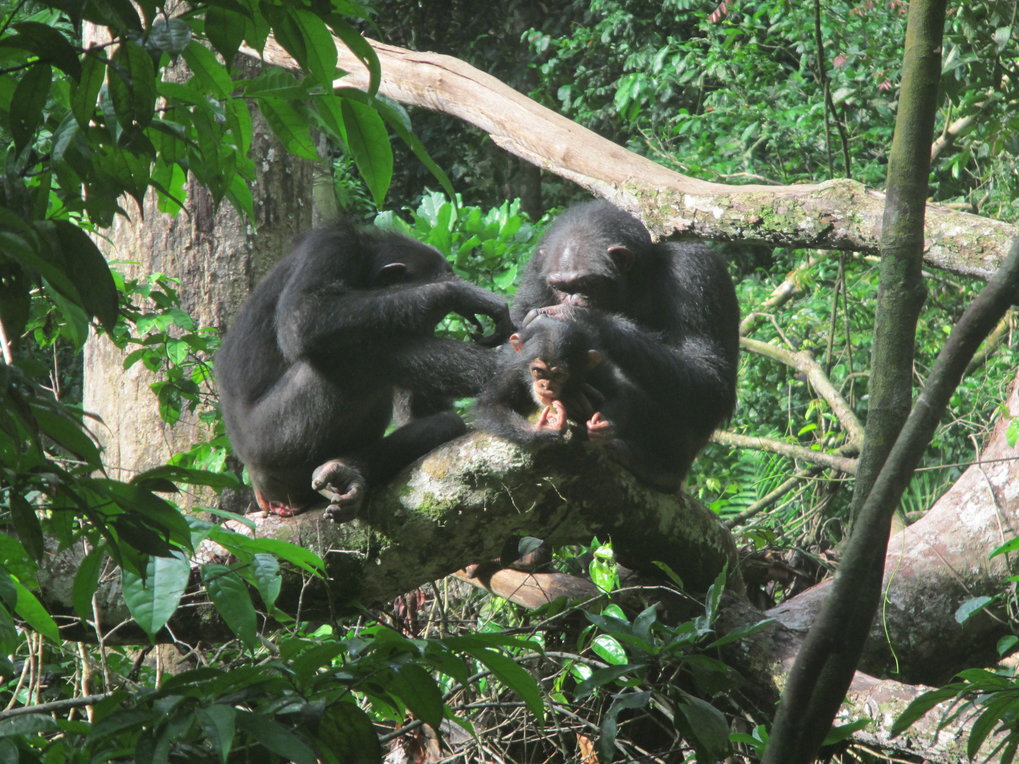 Working together and exchanging services for the benefit of everyone involved is crucial for humans and partly responsible for our success as a species. In order to achieve a goal, we need to choose the best possible cooperation partners. Yet who qualifies as the best possible partner depends on the task at hand, the abilities of all available candidates, and on our social relationships with them. Like humans, many non-human primates live in close-knit social groups. Individuals cooperate with each other to their mutual benefit, and often by exchanging services.

Grooming interactions play a special role within this system as they are exchangeable for support during a fight, for sharing food from a hunt or other services. Different group members can offer different services as reciprocation for the grooming; for example, high-ranking individuals are more useful supporters in a fight. Since grooming time is limited individuals strive to pick the best grooming partner from all available candidates. Importantly, the success of the grooming interaction does not only depend on the individual and his or her chosen partner, but also on the audience: If the partner has a friend in the audience, the friend might interfere or the partner might leave the grooming bout early, in which case time and effort of the groomer would be wasted.

Data out of the rainforest

Primatologist Alexander Mielke and his colleagues from the Max Planck Institute for Evolutionary Anthropology have now investigated at Taï National Park, Côte d’Ivoire, which properties chimpanzees and sooty mangabeys take into account when selecting a grooming partner, and if the composition of their audience influences their decision. Within the context of the Taï Chimpanzee Project, the researchers collected data in two chimpanzee communities and one mangabey community. In contrast to previous studies, they regarded each grooming initiation as an individual‘s personal decision: From all possible partners with their specific properties, which one would they choose?

In order to determine the social relationships and ranks of all individuals, Mielke and his colleagues analyzed data that researchers and field assistants had collected over many years. They then assessed the impact of the reproductive state of the potential partner (whether they had a baby or were receptive females), their social relationship with the decision-maker, whether there had been aggression between the two just before the decision was made, their sex and their dominance rank.

The researchers checked for each individual whether they had friends amongst the by-standers, and they differentiated between two types of dominance rank: global (compared to all individuals in the community) and local (in comparison to those nearby). This was to test whether non-human primates change their preference for individuals fluidly based on the social environment, or whether they simply preferred certain individuals based on their rank.

"Choosing a grooming partner from among ten, fifteen possible candidates – some of them friends, high-ranking, or with babies – is a very difficult task indeed. And yet individuals from both species, chimpanzee and sooty mangabey, chose their partner flexibly“, says Alexander Mielke, first author of the study. "Both mangabeys and chimpanzees actually preferred grooming mothers with babies, something we did not know was the case in chimpanzees. Both species used grooming for reconciliation, and both species groomed their friends more. Most strikingly, in both species grooming choices depended strongly on the social environment.

Sooty mangabeys also took their social environment into consideration when deciding for or against a specific grooming partner. 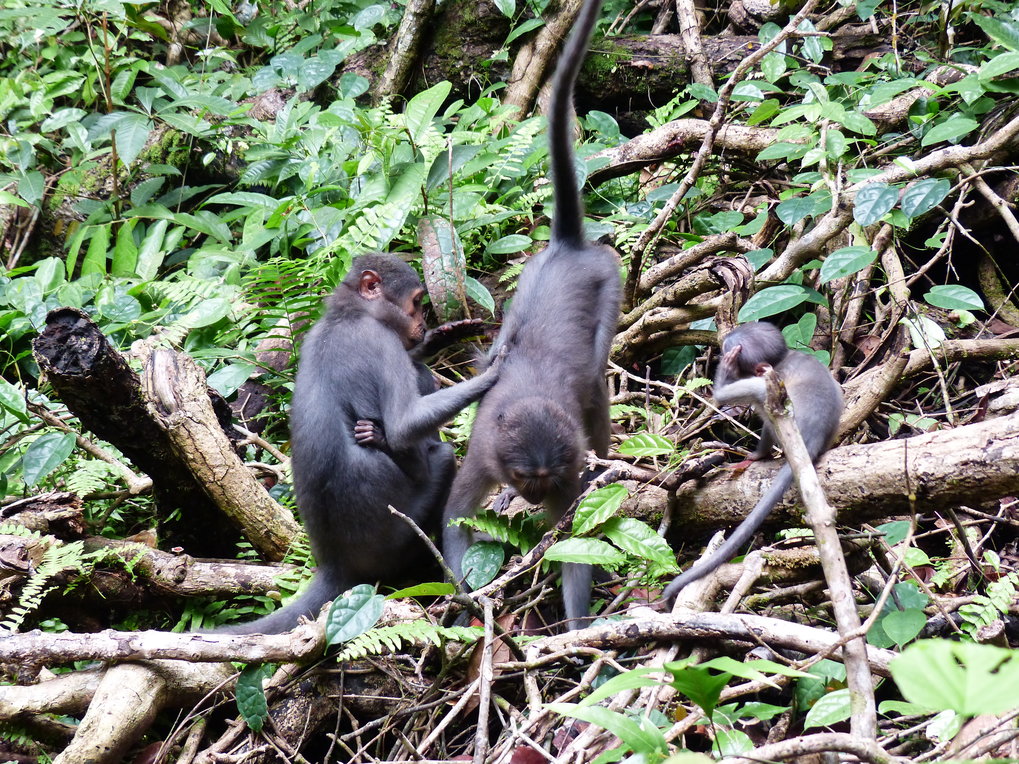 The animals avoided grooming individuals with close friends nearby, possibly because these friends might interrupt the grooming interaction, or because their potential partner might prefer to go and groom these friends“, explains Mielke. „Individuals also chose partners who were higher-ranking compared to other possible partners, independent of their overall rank in the community. This shows that both species are flexible when it comes to taking a decision, and that individuals use the information they have about all available partners. Yet they also consider the wider social circumstances, and adapt their choice to maximize their own benefit.”

These results show that primates are not only aware of the ranks and social relationships of their conspecifics, but that they can judge many individuals simultaneously and flexibly select the best option. The impact of the social environment suggests that additionally, mangabeys and chimpanzees can inhibit a preferred response (e.g. grooming a high-ranking group mate) if their action would not lead to success (because this individual’s friend is present), a skill often considered too difficult for non-human animals.

"The fact that we found these results in both mangabeys and chimpanzees might indicate that this impressive cognitive feat is more widespread amongst primates than previously known“, concludes Mielke. "Grooming is an important part of primate cooperation and choosing the best partner in a specific situation is a vital skill. As in humans, primate social groups consist of many individuals, each with their own status, own objectives, own history. This study gives further evidence that at least mangabeys and chimpanzees are equipped with the cognitive abilities to navigate and thrive in this complex social world.“