Rice University scientists have released the first results of extensive water sampling in Houston after the epic flooding caused by Hurricane Harvey. They found widespread contamination by E. coli, likely the result of overflow from flooded wastewater treatment plants.

Rice University students collect water samples from a flooded Houston home after Hurricane Harvey in 2017. Rice researchers have issued the first report to quantify levels of contamination in floodwaters and sediments deposited by the storm. 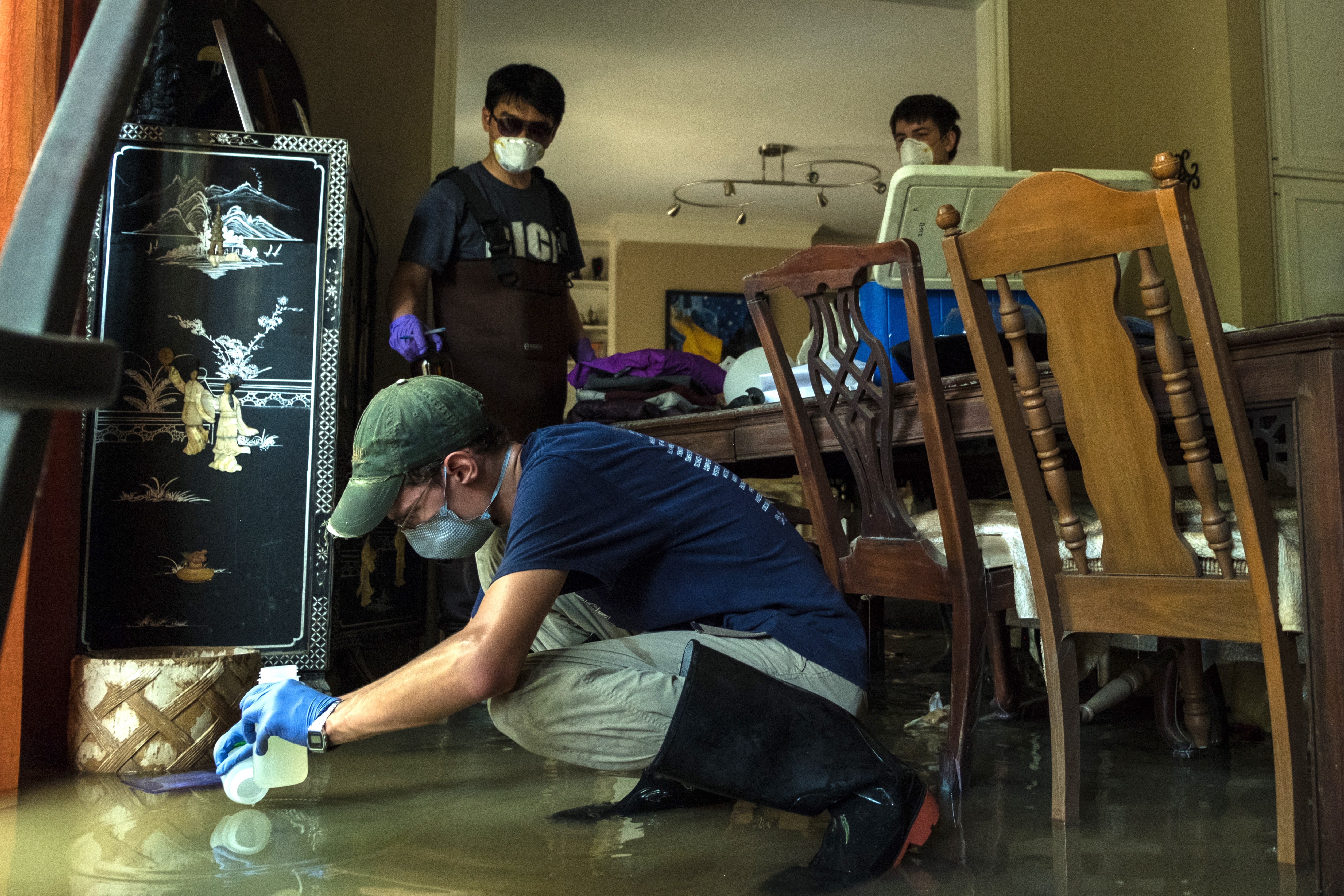 Rice environmental engineers Stadler, Qilin Li and Pedro Alvarez and their students were on the front lines, even before Harvey subsided, to take samples from floodwaters near the overflowing Brays and Buffalo bayous, in public spaces and inside and outside residential homes to compare their microbial content. Samples of stagnant water were taken from homes that had been closed off for more than a week, while others were taken from homes that had floodwater flowing through them.

Early samples from each location carried elevated levels of E. coli. But most striking was the fact that sampled water and, later, sediment showed abundant levels of two indicator genes, sul1 and intI1, that mark the presence of antibiotic-resistant bacteria, even weeks after the flood. In particular, samples from floodwaters inside closed homes showed concentrations of sul1 were 250 times greater and intI1 60 times greater in than in bayou samples.

"We target intI1 because integrons are often found on mobile genetic elements and indicative of the genetic mobility of a gene," she said. "They are also often associated with antibiotic resistance, and the abundance of these genes gives us a sense of the potential for horizontal gene transfer among bacteria.

"That matters because while we see these genes in environmental bacteria all the time, we really worry when pathogenic bacteria acquire resistant genes from environmental bacteria," Stadler said. "That's when there's an issue -- when there's an antibiotic-resistant pathogen. If you're exposed to one of those, that's when you see infections that are really hard to treat."

The immediate takeaway from the study, she said, is that people should take extra care to avoid direct contact with stagnant floodwaters, especially in flooded homes with niches for pathogens to grow.

"Wear protective gear, and don't go in at all if you're immunocompromised or have open wounds," she said.

Stadler's research group is using the experience gained during Harvey to advance development of tools to measure horizontal gene transfer as it takes place in the environment.