An international team of scientists that includes University of California, Riverside, physicist Hai-Bo Yu has imposed conditions on how dark matter may interact with ordinary matter -- constraints that can help identify the elusive dark matter particle and detect it on Earth.

Dark matter -- nonluminous material in space -- is understood to constitute 85 percent of the matter in the universe. Unlike normal matter, it does not absorb, reflect, or emit light, making it difficult to detect.

Physicists are certain dark matter exists, having inferred this existence from the gravitational effect dark matter has on visible matter. What they are less certain of is how dark matter interacts with ordinary matter -- or even if it does. 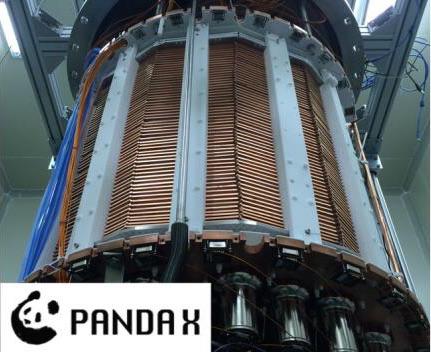 In the search for direct detection of dark matter, the experimental focus has been on WIMPs, or weakly interacting massive particles, the hypothetical particles thought to make up dark matter.

But Yu's international research team invokes a different theory to challenge the WIMP paradigm: the self-interacting dark matter model, or SIDM, a well-motivated framework that can explain the full range of diversity observed in the galactic rotation curves. First proposed in 2000 by a pair of eminent astrophysicists, SIDM has regained popularity in both the particle physics and the astrophysics communities since around 2009, aided, in part, by work Yu and his collaborators did.

Yu, a theorist in the Department of Physics and Astronomy at UCR, and Yong Yang, an experimentalist at Shanghai Jiaotong University in China, co-led the team analyzing and interpreting the latest data collected in 2016 and 2017 at PandaX-II, a xenon-based dark matter direct detection experiment in China (PandaX refers to Particle and Astrophysical Xenon Detector; PandaX-II refers to the experiment). Should a dark matter particle collide with PandaX-II's liquefied xenon, the result would be two simultaneous signals: one of photons and the other of electrons.

Particle physicist Hai-Bo Yu is an assistant professor of physics and astronomy at UC Riverside. 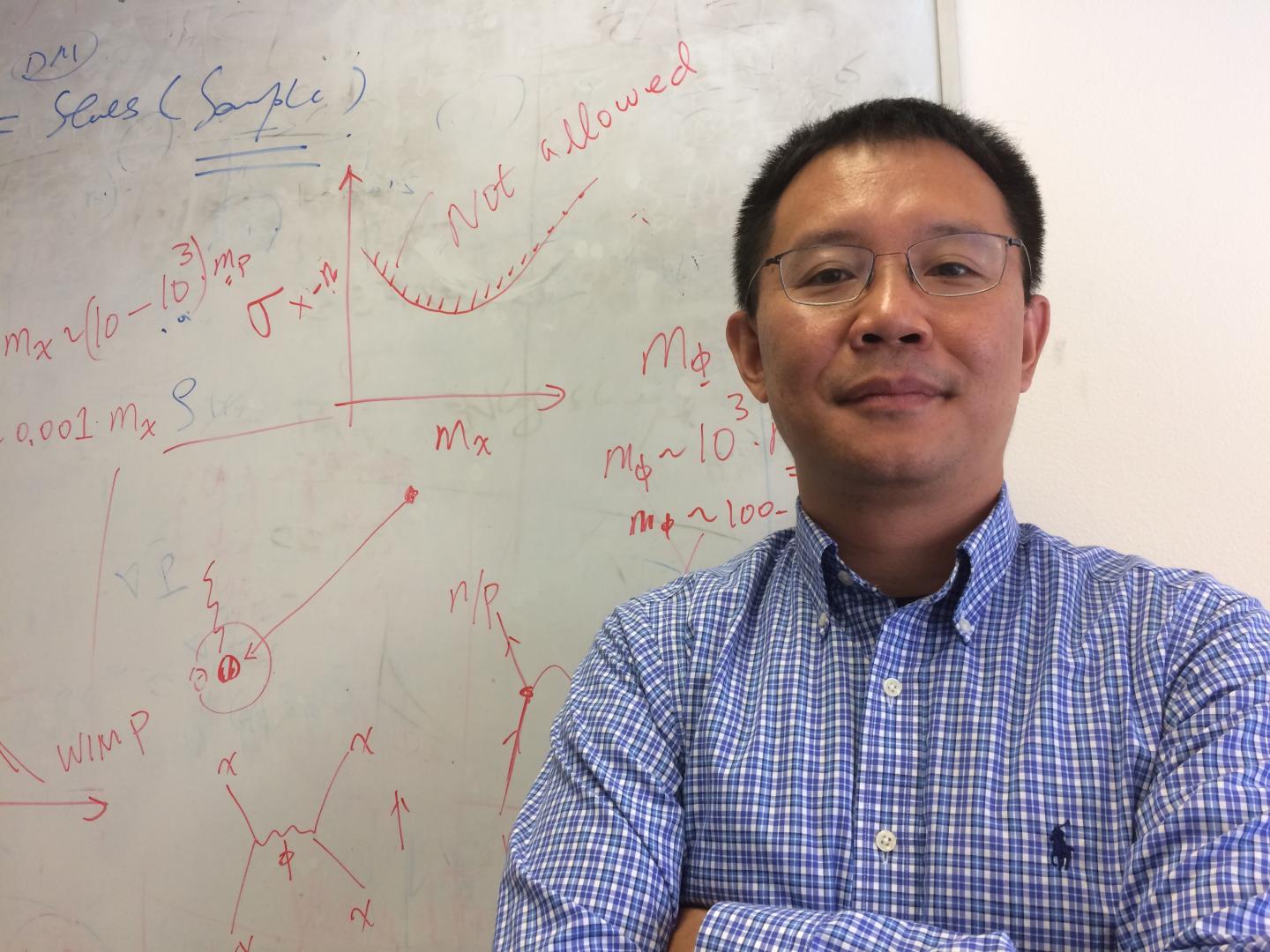 
Yu explained that PandaX-II assumes dark matter "talks to" normal matter -- that is, interacts with protons and neutrons -- by means other than gravitational interaction (just gravitational interaction is not enough). The researchers then search for a signal that identifies this interaction. In addition, the PandaX-II collaboration assumes the "mediator particle," mediating interactions between dark matter and normal matter, has far less mass than the mediator particle in the WIMP paradigm.

"The WIMP paradigm assumes this mediator particle is very heavy -- 100 to 1000 times the mass of a proton -- or about the mass of the dark matter particle," Yu said. "This paradigm has dominated the field for more than 30 years. In astrophysical observations, we don't, however, see all its predictions. The SIDM model, on the other hand, assumes the mediator particle is about 0.001 times the mass of the dark matter particle, inferred from astrophysical observations from dwarf galaxies to galaxy clusters. The presence of such a light mediator could lead to smoking-gun signatures of SIDM in dark matter direct detection, as we suggested in an earlier theory paper. Now, we believe PandaX-II, one of the world's most sensitive direct detection experiments, is poised to validate the SIDM model when a dark matter particle is detected."

The international team of researchers reports July 12 in Physical Review Letters the strongest limit on the interaction strength between dark matter and visible matter with a light mediator. The journal has selected the research paper as a highlight, a significant honor.

"This is a particle physics constraint on a theory that has been used to understand astrophysical properties of dark matter," said Flip Tanedo, a dark matter expert at UCR, who was not involved in the research. "The study highlights the complementary ways in which very different experiments are needed to search for dark matter. It also shows why theoretical physics plays a critical role to translate between these different kinds of searches. The study by Hai-Bo Yu and his colleagues interprets new experimental data in terms of a framework that makes it easy to connect to other types of experiments, especially astrophysical observations, and a much broader range of theories."

PandaX-II is located at the China Jinping Underground Laboratory, Sichuan Province, where pandas are abundant. The laboratory is the deepest underground laboratory in the world. PandaX-II had generated the largest dataset for dark matter detection when the analysis was performed. One of only three xenon-based dark matter direct detection experiments in the world, PandaX-II is one of the frontier facilities to search for extremely rare events where scientists hope to observe a dark matter particle interacting with ordinary matter and thus better understand the fundamental particle properties of dark matter.

Particle physicists' attempts to understand dark matter have yet to yield definitive evidence for dark matter in the lab.

"The discovery of a dark matter particle interacting with ordinary matter is one of the holy grails of modern physics and represents the best hope to understand the fundamental, particle properties of dark matter," Tanedo said.

For the past decade, Yu, a world expert on SIDM, has led an effort to bridge particle physics and cosmology by looking for ways to understand dark matter's particle properties from astrophysical data. He and his collaborators have discovered a class of dark matter theories with a new dark force that may explain unexpected features seen in the systems across a wide range, from dwarf galaxies to galaxy clusters. More importantly, this new SIDM framework serves as a crutch for particle physicists to convert astronomical data into particle physics parameters of dark matter models. In this way, the SIDM framework is a translator for two different scientific communities to understand each other's results.

"Prior to this line of work, these types of laboratory-based dark matter experiments primarily focused on dark matter candidates that did not have self-interactions," Tanedo said. "This work has shown how dark forces affect the laboratory signals of dark matter."

Yu noted that this is the first direct detection result for SIDM reported by an experimental collaboration.

"With more data, we will continue to probe the dark matter interactions with a light mediator and the self-interacting nature of dark matter," he said.

Yu was joined in the study by researchers from institutes in China, including Shanghai Jiaotong University, Xinjiang University, Yalong River Hydropower Development Company, Chinese Academy of Sciences, Shangdong University, Tsung-Dao Lee Institute, Peking University, and University of Shanghai for Science and Technology; and from the University of Maryland, College Park, USA. The spokesperson for the PandaX-II collaboration is Xiangdong Ji.

A grant from the U.S. Department of Energy supported Yu.