"Bigfoot:" The Biggest Footprint Ever Found in North America

The Black Hills region of the United States is famous today for tourist attractions like Deadwood and Mount Rushmore, but around 150 million years ago it was home to one of the largest dinosaurs known. This dinosaur was a member of the sauropod family with long necks and tails. These giant plant-eating dinosaurs like Brontosaurus and Diplodocus were the largest land animals that ever lived on this planet.

A Brachiosaurus nibbling from an Araucaria tree. These dinosaurs had enormous necks and relatively short tails. The animal to which the foot belongs was nearly 4 meters high at its hip. 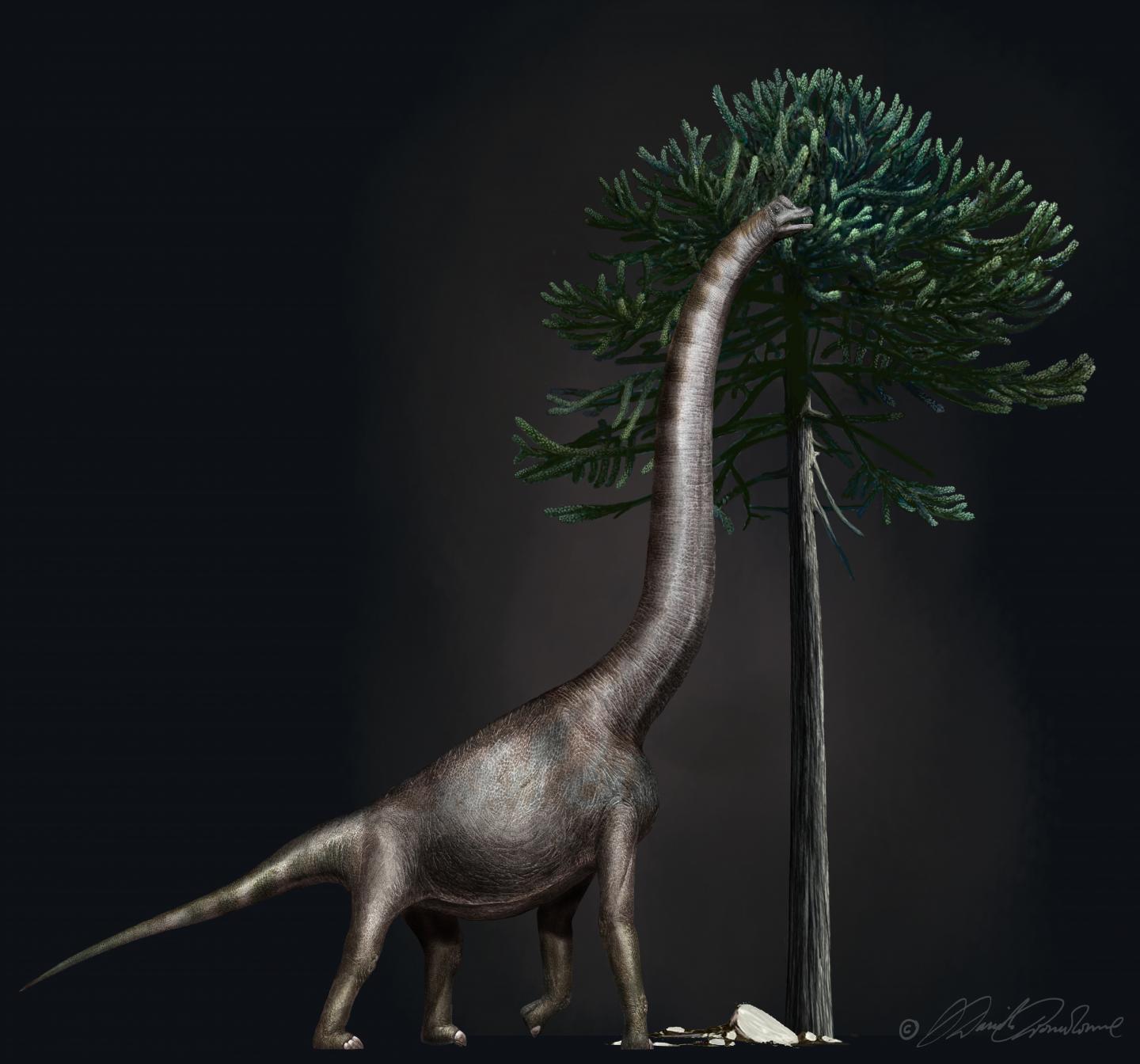 The foot described in a new scientific paper recently published in the open-access journal PeerJ - the Journal of Life and Environmental Sciences was excavated in 1998 by an expedition from the University of Kansas, with Anthony Maltese, lead author of the study, as member of the crew. As he writes, it was immediately apparent that the foot, nearly a meter wide, was from an extremely large animal - so the specimen was nicknamed "Bigfoot".

Now, after detailed preparation and study, Maltese and his international team of researchers from the USA, Switzerland, and Germany identified it as belonging to an animal very closely related to Brachiosaurus, famous for its appearance in the 1993 film Jurassic Park.

Anthony Maltese, Emanuel Tschopp, Femke Holwerda, and David Burnham used 3D scanning and detailed measurements to compare Bigfoot to sauropod feet from numerous species. Their research confirmed that this foot was unusually large. According to Holwerda, a Dutch PhD student at the Ludwig Maximilians University of Munich, Germany, comparisons with other sauropod feet showed that Bigfoot was clearly the largest dinosaur foot discovered to date.

Photograph from the excavations in 1998, with the brachiosaur foot bones below a tail of a Camarasaurus. University of Kansas expedition crew member as a scale. 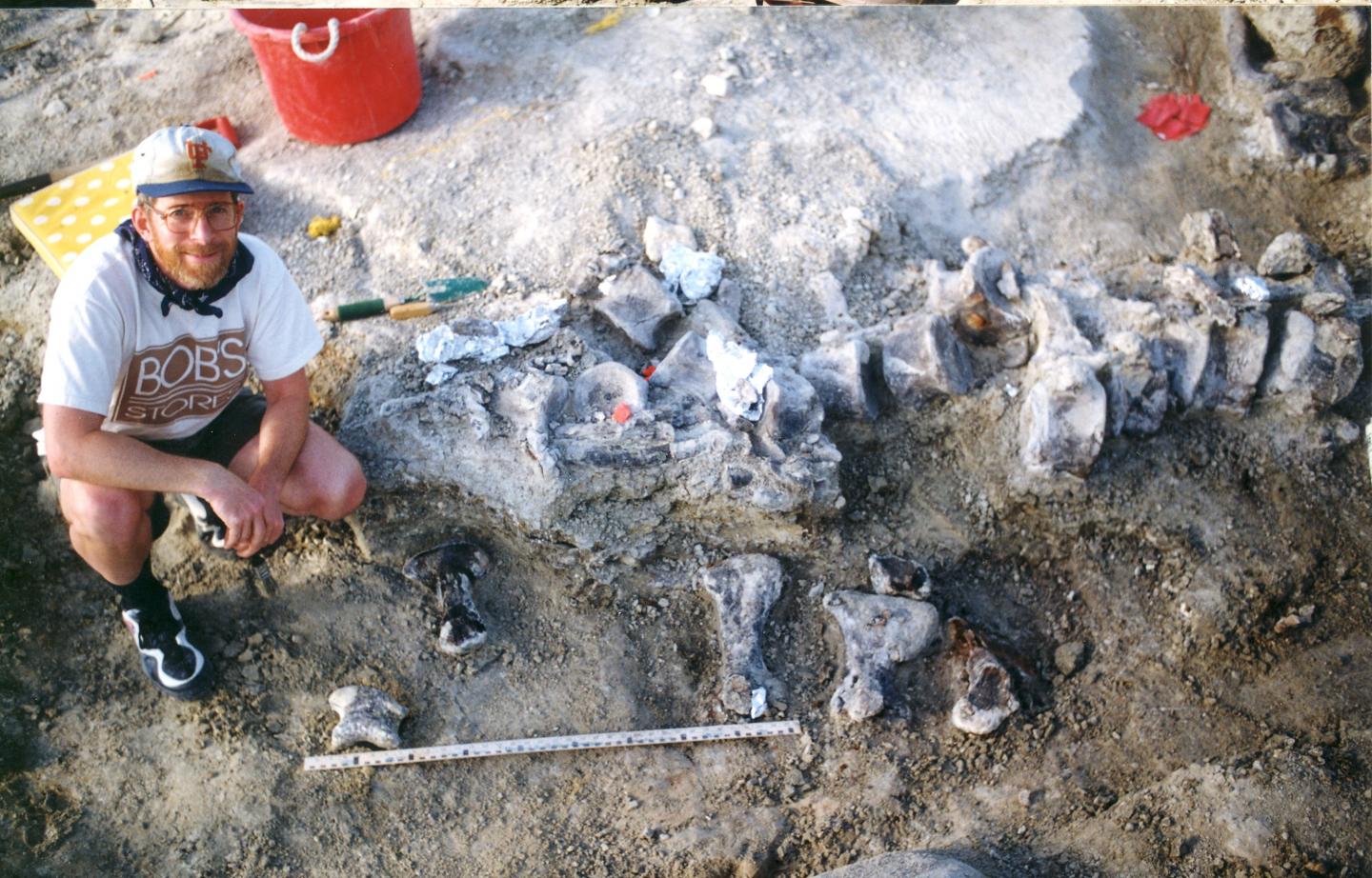 It also confirmed that brachiosaurs inhabited a huge area from eastern Utah to northwestern Wyoming, 150 million years ago. "This is surprising", says Tschopp, a Swiss paleontologist working at the American Museum of Natural History in New York, "many other sauropod dinosaurs seem to have inhabited smaller areas during that time."

According to Maltese, who was part of the original University of Kansas team in 1998 but is now at the Rocky Mountain Dinosaur Resource Center in Woodland Park, Colorado, the rock outcrops that produced this fossil hold many more "fantastic dinosaur skeletons", and the research team hopes to continue their studies on fossils from there.