Beef Jerky and Other Processed Meats Associated with Manic Episodes

An analysis of more than 1,000 people with and without psychiatric disorders has shown that nitrates—chemicals used to cure meats such as beef jerky, salami, hot dogs and other processed meat snacks—may contribute to mania, an abnormal mood state. Mania is characterized by hyperactivity, euphoria and insomnia.

The findings of the Johns Hopkins Medicine study, which was not designed to determine cause and effect, were published July 18 in Molecular Psychiatry. Specifically, it found that people hospitalized for an episode of mania had more than three times the odds of having ever eaten nitrate-cured meats than people without a history of a serious psychiatric disorder. 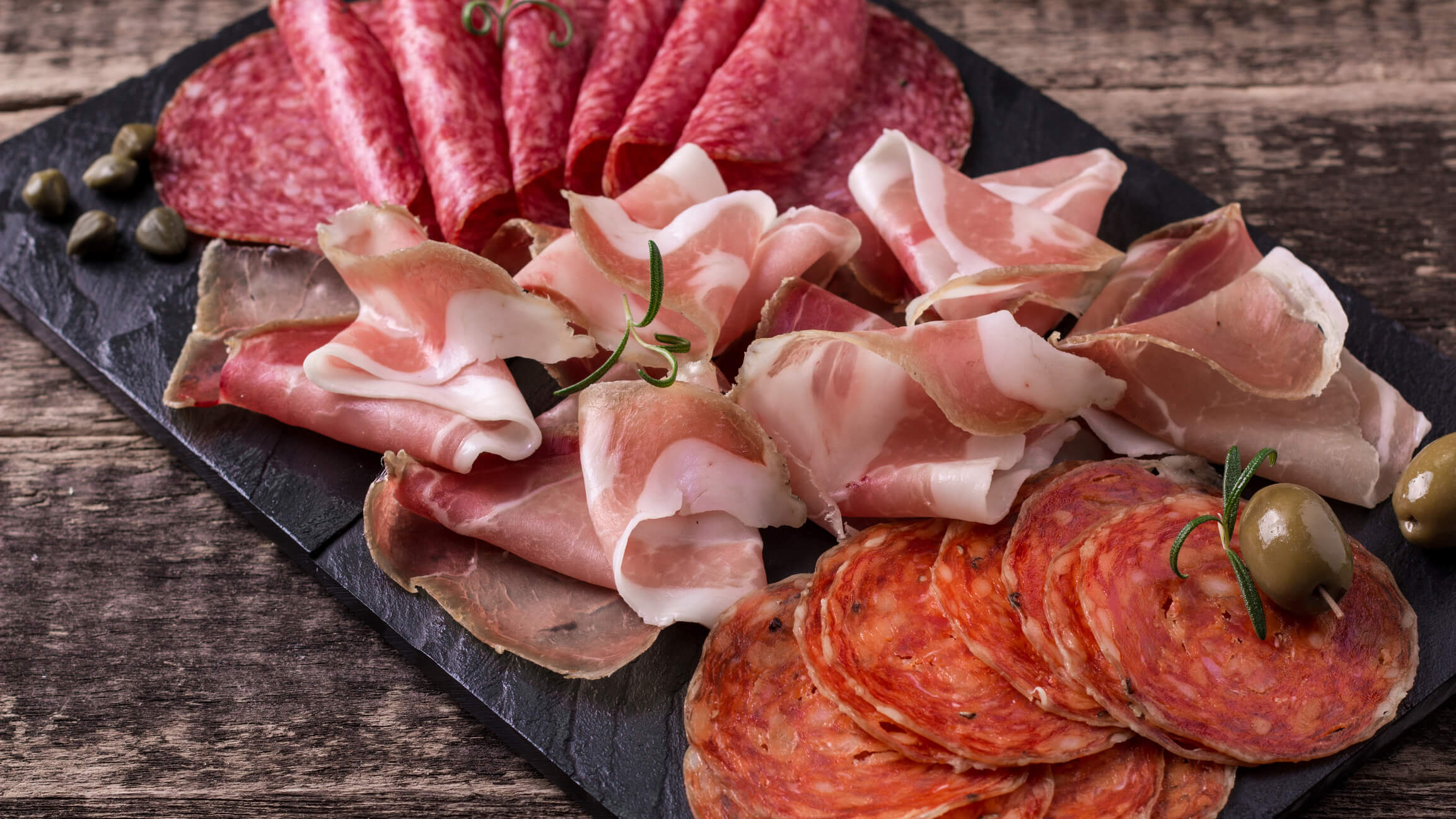 Experiments in rats by the same researchers showed mania-like hyperactivity after just a few weeks on diets with added nitrates.

While a number of genetic and other risk factors have been linked to the manic episodes that characterize bipolar disorder and may occur in other psychiatric conditions, those factors have been unable to explain the cause of these mental illnesses, and researchers are increasingly looking for environmental factors, such as diet, that may play a role.

The researchers say that their new study adds to evidence that certain diets and potentially the amounts and types of bacteria in the gut may contribute to mania and other disorders that affect the brain.

“Future work on this association could lead to dietary interventions to help reduce the risk of manic episodes in those who have bipolar disorder or who are otherwise vulnerable to mania,” says lead author Robert Yolken, M.D., the Theodore and Vada Stanley Distinguished Professor of Neurovirology in Pediatrics at the Johns Hopkins University School of Medicine.

Mania, a state of elevated mood, arousal and energy that lasts weeks to months, is generally seen in people with bipolar disorder, but can also occur in those with schizoaffective disorder. Manic states can lead to dangerous risk-taking behavior and can include delusional thinking, and most of those affected experience multiple hospitalizations in the course of their psychiatric illness.

Bipolar disorder affects an estimated 1 to 3 percent of the population of the United States and costs an estimated $25 billion a year in direct health care costs, according to a study in the Journal of Affective Disorders.

Yolken, trained as an infectious disease expert, was originally interested in whether exposure to infections such as viruses transmitted through food might be linked to any psychiatric conditions. Between 2007 and 2017, as part of an ongoing study, he and colleagues collected demographic, health and dietary data on 1,101 individuals aged 18 through 65 with and without psychiatric disorders. Approximately 55 percent of the participants were female and 55 percent were Caucasian, with 36 percent identifying as African-American.

A study of their records between 2007 and 2017 showed that, unexpectedly, among people who had been hospitalized for mania, a history of eating cured meat before hospitalization were approximately 3.5 times higher than the group of people without a psychiatric disorder. Cured meats were not associated with a diagnosis of schizoaffective disorder, bipolar disorder in people not hospitalized for mania or in major depressive disorder. No other foods about which participants were queried had a significant association with any of the disorders, or with mania.

“We looked at a number of different dietary exposures and cured meat really stood out,” says Yolken. “It wasn’t just that people with mania have an abnormal diet.”

Nitrates have long been used as preservatives in cured meat products and have been previously linked to some cancers and neurodegenerative diseases, so Yolken suspected they may also explain the link to mood states such as mania.

The dietary survey did not ask about frequency or time frame of cured meat consumption, so the researchers couldn’t draw conclusions about exactly how much cured meat boosts one’s risk of mania, but Yolken hopes future studies will address this.

To get at the roots of the association, Yolken collaborated with researchers studying the impact of nitrates on rats.

Kellie Tamashiro, Ph.D., associate professor of psychiatry and behavioral sciences, and M.D./Ph.D. student Seva Khambadkone, both of Johns Hopkins, and others divided a group of otherwise healthy rats into two groups: one received normal rat chow, and the other received both normal chow and a piece of store-bought, nitrate-prepared beef jerky every other day. Within two weeks, the rats receiving the jerky showed irregular sleeping patterns and hyperactivity.

Next, the team worked with a Baltimore-based beef jerky company to create a special nitrate-free dried beef. They repeated the experiment, this time giving some rats the store-bought, nitrate-prepared jerky and others the nitrate-free formulation. The animals that ate the nitrate-free meat behaved similarly to a control group, while the animals that consumed the nitrates once again showed sleep disturbances and hyperactivity similar to that seen in patients with mania—increased activity during normal sleep times and in new environments.

The results were then replicated with a specially formulated rat chow that had either nitrate added directly to the chow, or no nitrate.

Importantly, the amount of nitrate being consumed on a daily basis by the rats¾when scaled up to the size of a human—was equivalent to the amount a person might eat for a daily snack, such as one beef jerky stick or hot dog.

“We tried to make sure the amount of nitrate used in the experiment was in the range of what people might reasonably be eating,” says Yolken.

When the group analyzed the gut bacteria of the different groups of rats, they found that animals with nitrate in their diet had different patterns of bacteria living in their intestines than the other rats. Moreover, the animals had differences in several molecular pathways in the brain that have been previously implicated in bipolar disorder.

While the team also cautions that it’s too early to take any clinical messages from the results, and occasional cured meat consumption is unlikely to spur a manic episode in most of the population, Yolken says the findings add to evidence of the multiple factors that contribute to mania and bipolar disorder.

“It’s clear that mania is a complex neuropsychiatric state, and that both genetic vulnerabilities and environmental factors are likely involved in the emergence and severity of bipolar disorder and associated manic episodes,” says Khambadkone. “Our results suggest that nitrated cured meat could be one environmental player in mediating mania.”

Yolken’s group recently published results of a separate study showing that when people with bipolar disorder are given probiotics—which can change the composition of gut bacteria—after a manic episode, they are less likely to be rehospitalized in the following six months. “There’s growing evidence that germs in the intestines can influence the brain,” says Yolken. “And this work on nitrates opens the door for future studies on how that may be happening.”

This work was supported by a National Institute of Mental Health Silvio O. Conte Center grant (MH-94268) and by the Stanley Medical Research Institute.