The DNA of ancient humans can reveal patterns of early human migration.

A new genetic study of ancient individuals in the Americas and their contemporary descendants finds that two populations that diverged from one another 18,000 to 15,000 years ago remained apart for millennia before mixing again. This historic "reconvergence" occurred before or during their expansion to the southern continent.

The study, reported in the journal Science, challenges previous research suggesting that the first people in the Americas split into northern and southern branches, and that the southern branch alone gave rise to all ancient populations in Central and South America.

The study shows for the first time that, deep in their genetic history, many Indigenous people in the southern continent retain at least some DNA from the "northerners" who are the direct ancestors of many Native communities living today in the Canadian east.

"It was previously thought that Indigenous South Americans, and indeed most Native Americans, derived from one ancestry related to the Clovis people, who lived about 13,000 years ago," said Cambridge University archaeology professor Toomas Kivisild, who co-led the research with University of Illinois anthropology professor Ripan Malhi

"We now find that all Native populations in North, Central and South America also draw genetic ancestry from a northern branch most closely related to Indigenous peoples of eastern Canada," Kivisild said. "This cannot be explained by activity in the last few thousand years. It is something altogether more ancient." "We are starting to see that previous models of ancient populations were unrealistically simple," Malhi said.

The researchers analyzed 91 ancient genomes from sites in California and Canada, along with 45 mitochondrial genomes from present-day Native individuals. The work adds to the evidence that two populations diverged 18,000 to 15,000 years ago. This would have been during or after their migration across the now-submerged land bridge from Siberia along what is now coastal Alaska, the researchers report.

Beringia Land Bridge. Animated gif of its progress from 21.000 BP (before present) to modern times

Ancient genomes from southwest Ontario show that after the split, Indigenous ancestors representing the northern branch migrated to the Great Lakes region. They may have followed the retreating glacial edges as the most recent ice age began to thaw, the researchers said.

Populations representing the southern branch likely continued down the Pacific coast, inhabiting islands along the way, the researchers found.

"The ancient Anzick child from Montana also represents the southern branch and is associated with the Clovis culture, which was once thought to be ancestral to all Native Americans," Malhi said. "The analysis of genomes from ancient peoples from Ontario and California allowed us to identify components of the northern and southern branches in contemporary Central and South American genomes. These components were likely the result of a 'reconvergence' of the two branches deep in time."

U. of I. anthropology professor Ripan Malhi and his colleagues use genomic techniques to understand ancient migration patterns in the Americas. 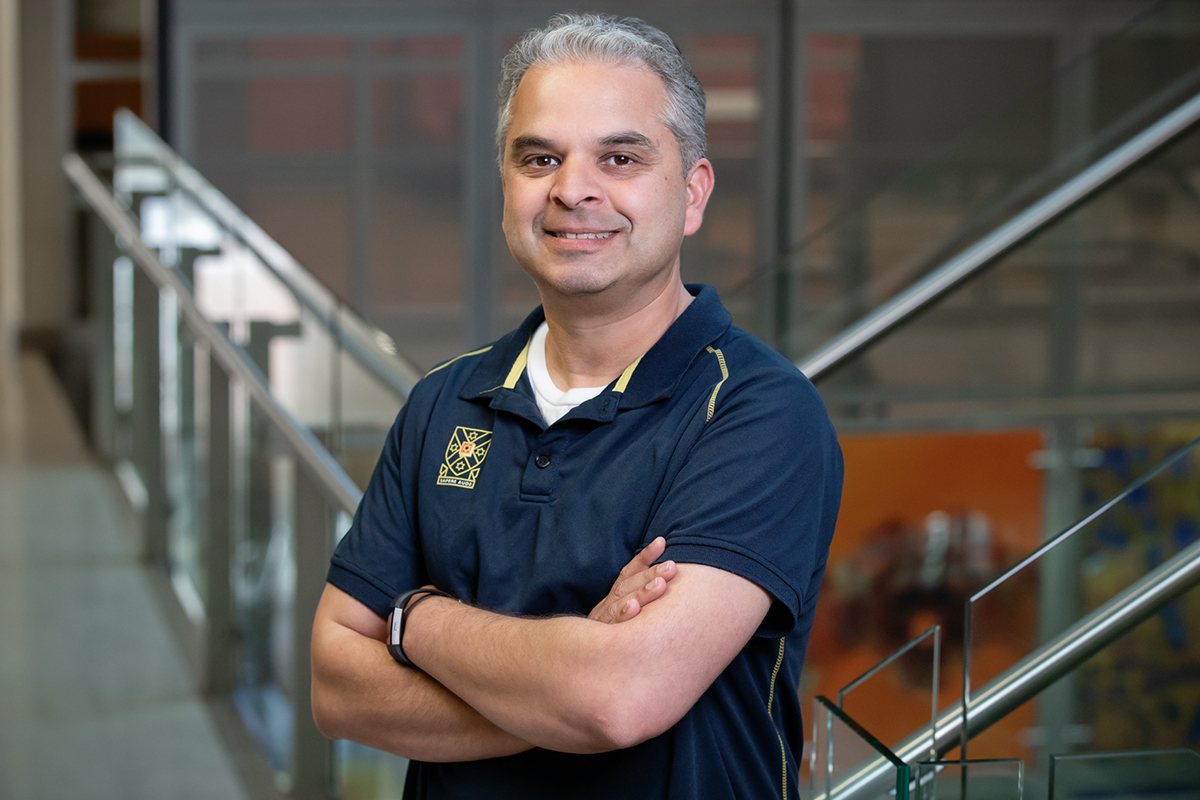 
"The blending of lineages occurred either in North America, prior to the expansion south, or as people migrated deeper into the southern continent, most likely following the western coast," said Christiana Scheib, the first author of the study who conducted the work while at the University of Cambridge. "We don't have ancient DNA to corroborate how early this northern ancestral branch arrived."


Scheib and Kivisild hold dual appointments at the University of Cambridge and the University of Tartu, in Estonia. Malhi also is an affiliate of the Carl R. Woese Institute for Genomic Biology at the U. of I.

Contacts and sources:
Diana Yates
University of Illinois at Urbana-Champaign