The true source of turquoise used by ancient Mesoamerican people has been found and it is not what scientists thought.

New research published June 13th in the journal Science Advances overturns more than a century of thought about the source of turquoise used by ancient civilizations in Mesoamerica, the vast region that extends from Central Mexico to Central America. For more than 150 years, scholars have argued that the Aztec and Mixtec civilizations, which revered the precious, blue-green mineral, acquired it through import from the American Southwest. However, extensive geochemical analyses reveal that the true geologic source of Aztec and Mixtec turquoise lies within Mesoamerica.

This is a close up view of Mixteca-style mask decorated with turquoise mosaic from the collections of the Smithsonian Institution-National Museum of the American Indian. NMAI Catalog #10/8712. 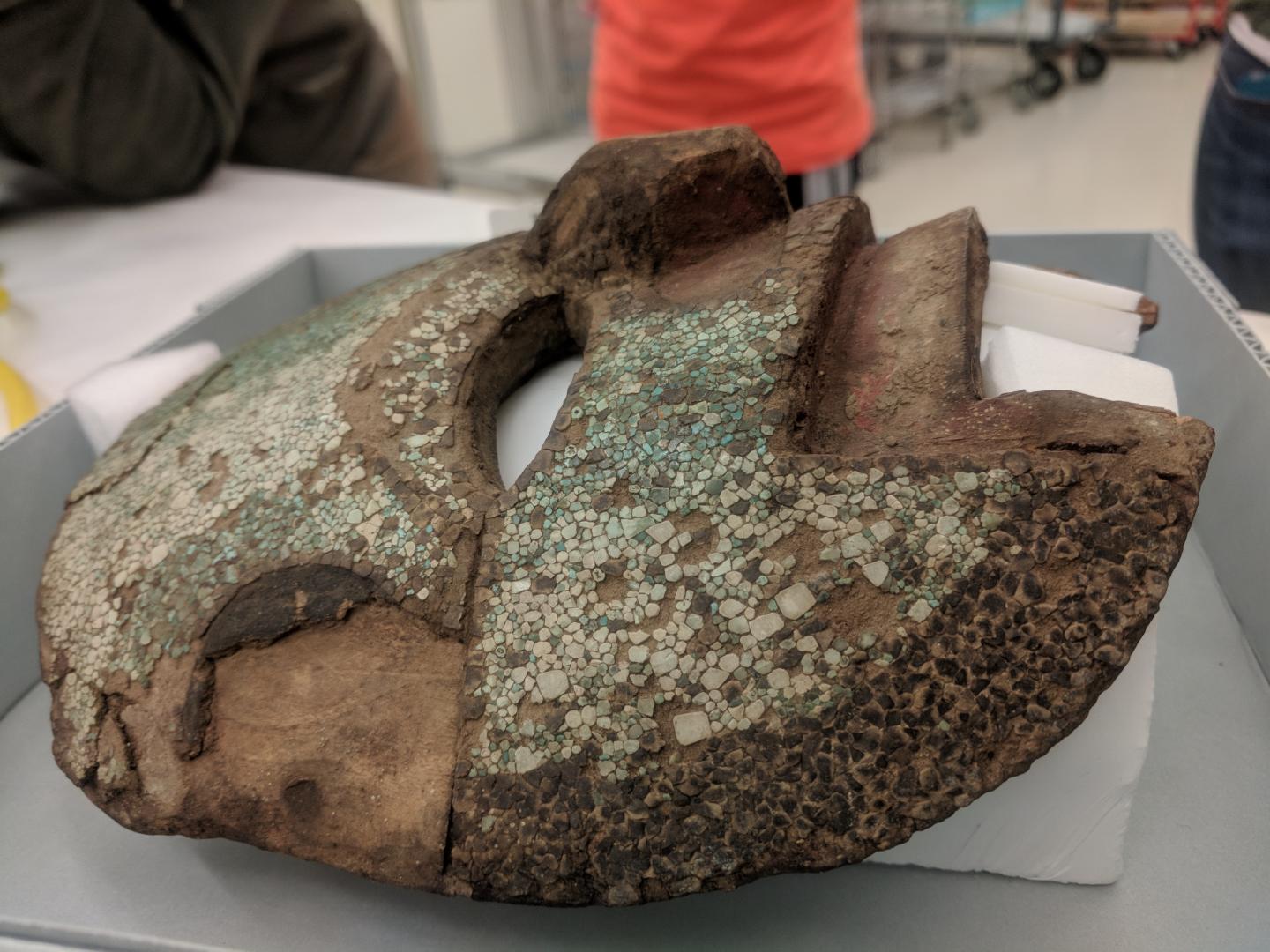 Geochemist Alyson Thibodeau, assistant professor of earth sciences at Dickinson College, and a team of researchers from the University of Arizona, California State University at San Bernardino, and the Museo del Templo Mayor in Mexico City, measured the isotopic signatures of Mesoamerican turquoise artifacts associated with both the Aztecs and Mixtecs. These isotopic signatures function like fingerprints that can be used to determine the geologic origins of the turquoise.

Specifically, Thibodeau and her research team carried out analyses of lead and strontium isotopes on fragments of turquoise-encrusted mosaics, which are one of the most iconic forms of ancient Mesoamerican art. Their samples include dozens of turquoise mosaic tiles excavated from offerings within the Templo Mayor, the ceremonial and ritual center of the Aztec empire, and which is located in present-day Mexico City.

This is a close up view of Mixteca-style shield decorated with turquoise mosaic from the collections of the Smithsonian Institution-National Museum of the American Indian. NMAI Catalog #10/8708. 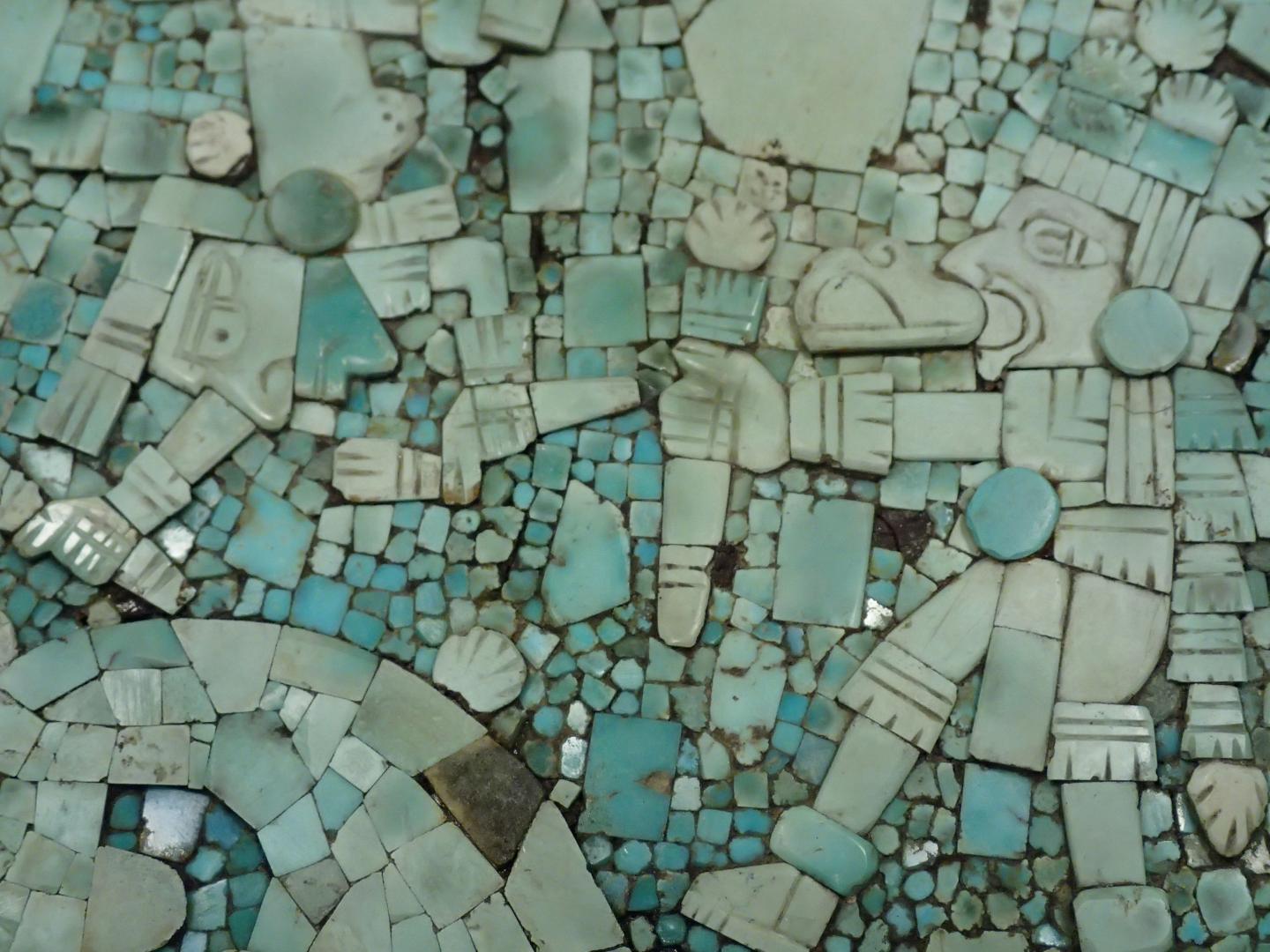 They also analyzed five tiles associated with Mixteca-style objects held by the Smithsonian's National Museum of the American Indian. The analyses revealed that turquoise artifacts had isotopic signatures consistent with geology of Mesoamerica, not the Southwestern United States.

"This work revises our understanding of these relatively rare objects and provides a new perspective on the availability of turquoise, which was a highly valued luxury resource in ancient Mesoamerica," said Thibodeau. The work is the result of a decade-long collaboration between archaeologists and isotope geochemists to understand the nature of turquoise circulation and trade across southwestern North America. In earlier published research, Thibodeau showed that isotopic signatures could distinguish among turquoise deposits across the southwestern U.S. and identified the geologic sources of turquoise artifacts from archaeological sites in Arizona and New Mexico.

This is a reconstructed turquoise mosaic disk from Offering 99 in the Templo Mayor. 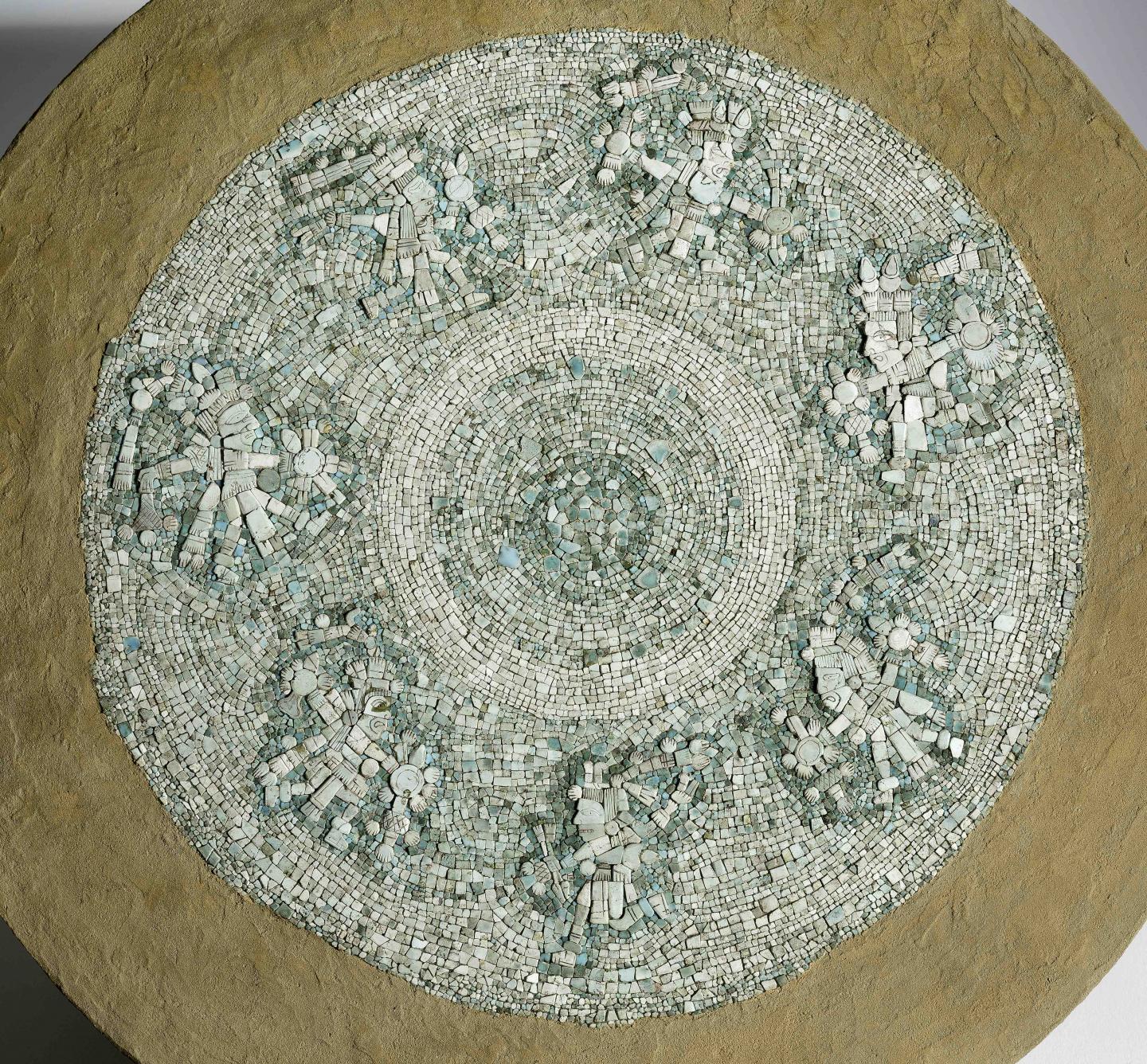 Photo by Oliver Santana. Reproduced with permission from Editorial Raices.

Thibodeau said that long-standing assumption that Mesoamerican civilizations imported turquoise from the Southwest had not been fully substantiated with evidence and that the new geochemical measurements unveil a different story. "These findings potentially re-shape our understanding of both the nature and extent of long-distance contacts between Mesoamerican and Southwestern societies, said Thibodeau. "I hope this inspires people to be skeptical of claims."