Have you ever eaten high tech candy?  You may soon being doing so

Microelectrodes can be used for direct measurement of electrical signals in the brain or heart. These applications require soft materials, however. With existing methods, attaching electrodes to such materials poses significant challenges. A team at the Technical University of Munich (TUM) has now succeeded in printing electrodes directly onto several soft substrates.

Researchers from TUM and Forschungszentrum Jülich have successfully teamed up to perform inkjet printing onto a gummy bear. This might initially sound like scientists at play - but it may in fact point the way forward to major changes in medical diagnostics. For one thing, it was not an image or logo that Prof. Bernhard Wolfrum's team deposited on the chewy candy, but rather a microelectrode array. These components, comprised of a large number of electrodes, can detect voltage changes resulting from activity in neurons or muscle cells, for example.

Researchers from the Technical University of Munich (TUM) have succeeded in printing microelectrode arrays directly onto several soft substrates. Soft materials are better suited for devices that directly measure electrical signals from organs like the brain or heart. 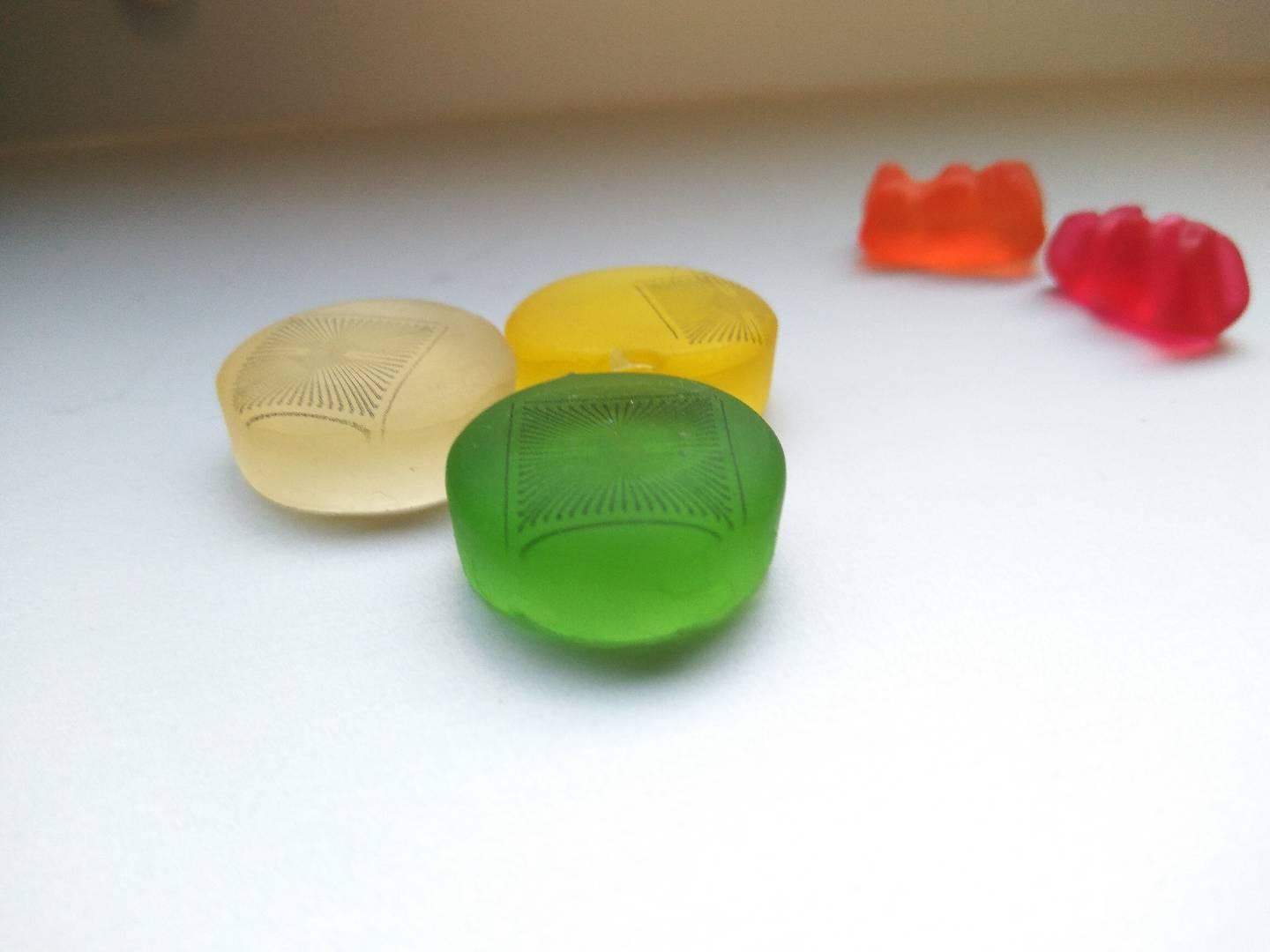 Second, gummy bears have a property that is important when using microelectrode arrays in living cells: they are soft. Microelectrode arrays have been around for a long time. In their original form, they consist of hard materials such as silicon. This results in several disadvantages when they come into contact with living cells. In the laboratory, their hardness affects the shape and organization of the cells, for example. And inside the body, the hard materials can trigger inflammation or the loss of organ functionalities.

When electrode arrays are placed on soft materials, these problems are avoided. This has sparked intensive research into these solutions. Until now, most initiatives have used traditional methods, which are time-consuming and require access to expensive specialized laboratories. "If you instead print the electrodes, you can produce a prototype relatively quickly and cheaply. The same applies if you need to rework it," says Bernhard Wolfrum, Professor of Neuroelectronics at TUM. "Rapid prototyping of this kind enables us to work in entirely new ways."

Wolfrum and his team work with a high-tech version of an inkjet printer. The electrodes themselves are printed with carbon-based ink. To prevent the sensors from picking up stray signals, a neutral protective layer is then added to the carbon paths.

The researchers tested the process on various substrates, including PDMS (polydimethylsiloxane) - a soft form of silicon - agarose - a substance commonly used in biology experiments - and finally various forms of gelatin, including a gummy bear that was first melted and then allowed to harden. Each of these materials has properties suitable for certain applications. For example, gelatin-coated implants can reduce unwanted reactions in living tissue.

Through experiments with cell cultures, the team was able to confirm that the sensors provide reliable measurements. With an average width of 30 micrometers, they also permit measurements on a single cell or just a few cells. This is difficult to achieve with established printing methods.

"The difficulty is in fine-tuning all of the components - both the technical set-up of the printer and the composition of the ink," says Nouran Adly, the first author of the study. "In the case of PDMS, for example, we had to use a pre-treatment we developed just to get the ink to adhere to the surface."

Printed microelectrode arrays on soft materials could be used in many different areas. They are suitable not only for rapid prototyping in research, but could also change the way patients are treated. "In the future, similar soft structures could be used to monitor nerve or heart functions in the body, for example, or even serve as a pacemaker," says Prof. Wolfrum. At present he is working with his team to print more complex three-dimensional microelectrode arrays. They are also studying printable sensors that react selectively to chemical substances, and not only to voltage fluctuations.

Prof. Wolfrum's lab is part of the Munich School of BioEngineering (MSB). This interdisciplinary TUM research center is Europe's most multi-disciplinary university institution focused on the interface between medicine, engineering and natural sciences.