Microscopic Paramedics and Emergency Room for DNA Rescue and Repair

The cell has its own paramedic team and emergency room to aid and repair damaged DNA, a new USC study reveals.


The findings are timely, as scientists are delving into the potential of genome editing with the DNA-cutting enzyme CRISPR-Cas9 to treat diseases or to advance scientific knowledge about humans, plants, animals and other organisms, said Irene Chiolo, Gabilan Assistant Professor of biological sciences at the USC Dornsife College of Letters, Arts and Sciences. 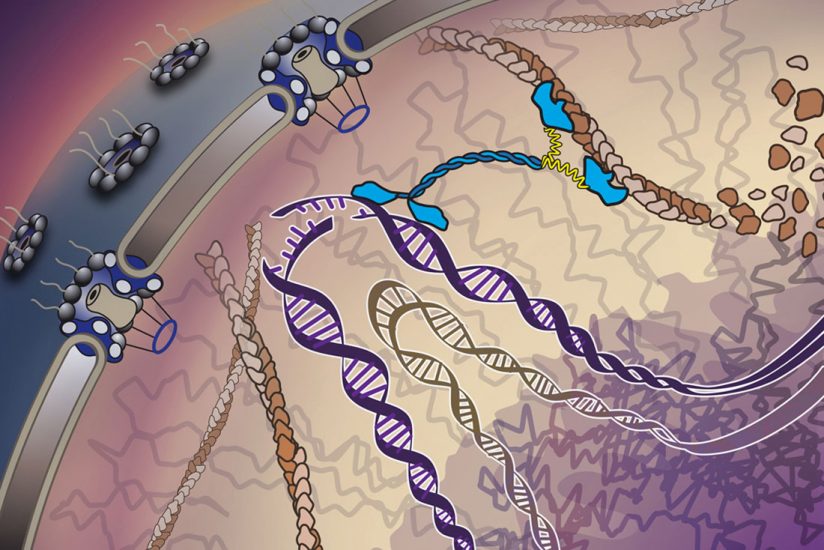 Genome editing has arrived before scientists have thoroughly studied the significance and impact of DNA damage and repair on aging and diseases such as cancer. Chiolo’s work has offered more details about those processes.

Using fluorescent markers, Chiolo and her team of USC Dornsife researchers tracked what happened when DNA was damaged in fruit fly cells and mouse cells. They saw how the cell launches an emergency response to repair broken DNA strands from heterochromatin, a type of tightly packed DNA. The study was published Wednesday in Nature.

“Heterochromatin is also referred to as the ‘dark matter of the genome’ because so little is known about it,” Chiolo said. “But DNA damage in heterochromatin is likely a major driving force for cancer formation.”

Repeated DNA sequences have had the bad nickname “junk DNA” for about 20 years. Scientists decoding the genome called it junk because they were initially focused on understanding the functions of individual genes.

Since then, studies have shown that repeated DNA sequences are in fact essential for many nuclear activities, but their defective repair is also linked to aging and disease.

“Heterochromatin is mostly composed of repeated DNA sequences,” Chiolo said. “The low gene content is part of the reason why these sequences are less characterized.”

The scientists found that after the DNA strands are broken, the cell prompts a series of threads — nuclear actin filaments — to assemble and create a temporary highway to the edge of the nucleus. Then come the paramedics — proteins known as myosins.

“Myosins are conveyed as a walking molecule because they have two legs. One is attached and the other moves,” Chiolo said. “It’s like a molecular machine that walks along the filaments.”

The myosins pick up the injured DNA, walk along the filament road and then reach the emergency room, a pore at the periphery of the nucleus.
In the ‘emergency room’

Based on a prior study, researchers knew that there was an “emergency room” — the nuclear pore where the cell fixes its broken DNA strands. Now, they have discovered how the damaged DNA travels there, Chiolo said.

“What we think is happening is that the damage triggers a defense mechanism that quickly builds the road, the actin filament, while also turning on an ambulance, the myosin.”

The researchers plan further studies examining the repair of DNA in heterochromatin.

“I’m excited to see how the molecular mechanisms we uncovered work in humans, as well as in plants that have much larger heterochromatin,” said Christopher Caridi, a co-lead author for the study and a postdoctoral researcher in Chiolo’s lab at USC Dornsife. It will be fascinating, he said, to see how such a complex repair mechanism functions and evolves over time and what aspects of the mechanisms may be adapted for other functions.