Even with a highly skilled neurosurgeon, the most effective anesthesia, and all the other advances of modern medicine, most of us would cringe at the thought of undergoing cranial surgery today.

After all, who needs a hole in the head? Yet for thousands of years, trepanation—the act of scraping, cutting, or drilling an opening into the cranium—was practiced around the world, primarily to treat head trauma, but possibly to quell headaches, seizures and mental illnesses, or even to expel perceived demons.

More ancient skulls bearing evidence of trepanation—a telltale hole surgically cut into the cranium—have been found in Peru than the combined number found in the rest of the world. 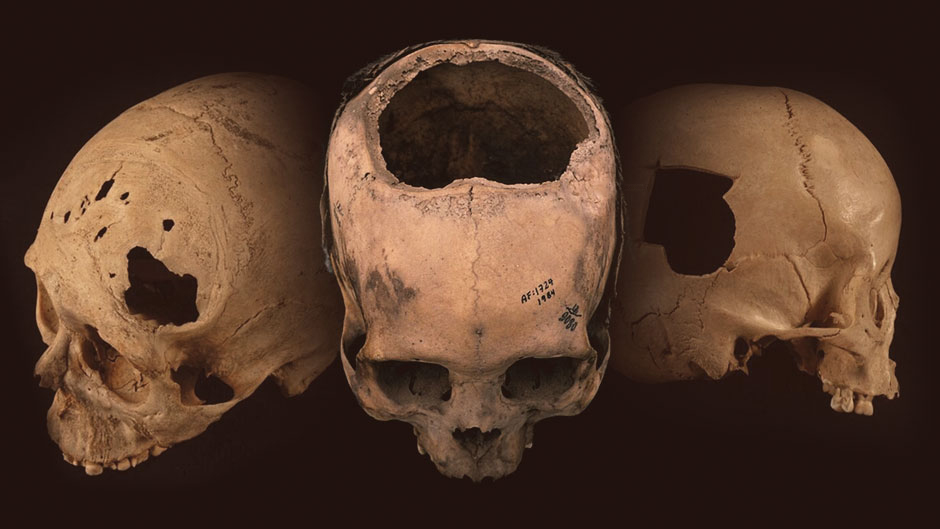 But, according to a new study led by the University of Miami Miller School of Medicine’s David S. Kushner, M.D., clinical professor of physical medicine and rehabilitation, trepanation was so expertly practiced in ancient Peru that the survival rate for the procedure during the Incan Empire was about twice that of the American Civil War—when, more three centuries later, soldiers were trepanned presumably by better trained, educated and equipped surgeons.
“There are still many unknowns about the procedure and the individuals on whom trepanation was performed, but the outcomes during the Civil War were dismal compared to Incan times,” said Kushner, a neurologist who has helped scores of patients recover from modern-day traumatic brain injuries and cranial surgeries. “In Incan times, the mortality rate was between 17 and 25 percent, and during the Civil War, it was between 46 and 56 percent. That’s a big difference. The question is how did the ancient Peruvian surgeons have outcomes that far surpassed those of surgeons during the American Civil War?” 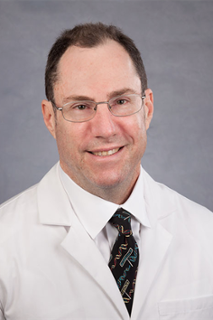 In their study published in the June issue of World Neurosurgery,“Trepanation Procedures/Outcomes: Comparison of Prehistoric Peru with Other Ancient, Medieval, and American Civil War Cranial Surgery,” Kushner and his co-authors—biological anthropologists John W. Verano, a world authority on Peruvian trepanation at Tulane University, and his former graduate student, Anne R. Titelbaum, now of the University of Arizona College of Medicine—can only speculate on the answer.

But hygiene, or more accurately the lack of it during the Civil War, may have contributed to the higher mortality rates in the later time period. According to the study, which relied on Verano’s extensive field research on trepanation over a nearly 2,000-year period in Peru and a review of the scientific literature about trepanation around the world, Civil War surgeons often used unsterilized medical tools and their bare fingers to probe open cranial wounds or break up blood clots.

“If there was an opening in the skull they would poke a finger into the wound and feel around, exploring for clots and bone fragments,” Kushner said, adding that nearly every Civil War soldier with a gunshot wound subsequently suffered from infection. “We do not know how the ancient Peruvians prevented infection, but it seems that they did a good job of it. Neither do we know what they used as anesthesia, but since there were so many (cranial surgeries) they must have used something—possibly coca leaves. Maybe there was something else, maybe a fermented beverage. There are no written records, so we just don’t know.”

Whatever their methods, ancient Peruvians had plenty of practice. More than 800 prehistoric skulls with evidence of trepanation—at least one but as many as seven telltale holes—have been found in the coastal regions and the Andean highlands of Peru, the earliest dating back to about 400 B.C. That’s more than the combined total number of prehistoric trepanned skulls found in the rest of the world. Which is why Verano devoted an entire book, Holes in the Head—The Art and Archeology of Trepanation in Ancient Peru, to the 800-plus skulls, most of which were collected from burial caves and archaeological digs in the late 1800s and early 1900s and reside in museums and private collections today.

It’s also why Kushner, a medical history buff and Tulane alumnus, jumped at the chance to join Titelbaum in co-authoring one of the book’s chapters, “Trepanation from the Perspective of Modern Neurosurgery,” and continues to research the subject.

Published in 2016, the book analyzes the techniques and survival rates of trepanation in Peru through the demise of the Incan Empire in the early 1500s. The researchers gauged survival by classifying the extent of bone remodeling around the trepanned holes, which indicates healing. If there was no evidence of healing the researchers assumed the patient died during or within days of the surgery. If the margins of the trepanation openings showed extensive remodeling, they considered the operation successful and the patient long-lived.

Those classifications, Kushner, Verano and Titelbaum reported in the World Neurosurgery paper, show how ancient Peruvians significantly refined their trepanation techniques over the centuries. They learned, for example, not to perforate the protective membrane surrounding the brain—a guideline Hippocrates codified in ancient Greece at about the same time, 5th century, B.C., that trepanning is thought to have begun in ancient Peru.

The long-term survival rates from such “shallow surgeries” in Peru during those early years, from about 400 to 200 B.C., proved to be worse than those in the Civil War, when about half the patients died. But, from 1000 to 1400 A.D., survival rates improved dramatically, to as high as 91 percent in some samples, to an average of 75 to 83 percent during the Incan period, the study showed.

“Over time, from the earliest to the latest, they learned which techniques were better, and less likely to perforate the dura,” said Kushner, who has written extensively about modern-day neurosurgical outcomes. “They seemed to understand head anatomy and purposefully avoided the areas where there would be more bleeding. They also realized that larger-sized trepanations were less likely to be as successful as smaller ones. Physical evidence definitely shows that these ancient surgeons refined the procedure over time. Their success is truly remarkable.”

Almost as remarkable is how, by the end of World War I, cranial surgery evolved into the distinct profession of neurosurgery, which continues to improve our understanding of brain anatomy, physiology and pathology. As Kushner notes, today’s neurosurgeons regularly cut into the brain to remove tumors and blood clots, reduce intracranial pressure from massive strokes and trauma, repair vascular and structural anomalies and treat a myriad of other complex problems—with great success.

“Today, neurosurgical mortality rates are very, very low; there is always a risk but the likelihood of a good outcome is very high,” he said. “And just like in ancient Peru, we continue to advance our neurosurgical techniques, our skills, our tools, and our knowledge.”