New research shows there might be health benefits to eating certain types of dark chocolate. The findings from two studies were presented at the Experimental Biology 2018 annual meeting in San Diego show that consuming dark chocolate that has a high concentration of cacao (minimally 70% cacao, 30% organic cane sugar) has positive effects on stress levels, inflammation, mood, memory and immunity.

While it is well known that cacao is a major source of flavonoids, this is the first time the effect has been studied in human subjects to determine how it can support cognitive, endocrine and cardiovascular health.

Lee S. Berk, DrPH, associate dean of research affairs, School of Allied Health Professions and a researcher in psychoneuroimmunology and food science from Loma Linda University, served as principal investigator on both studies. 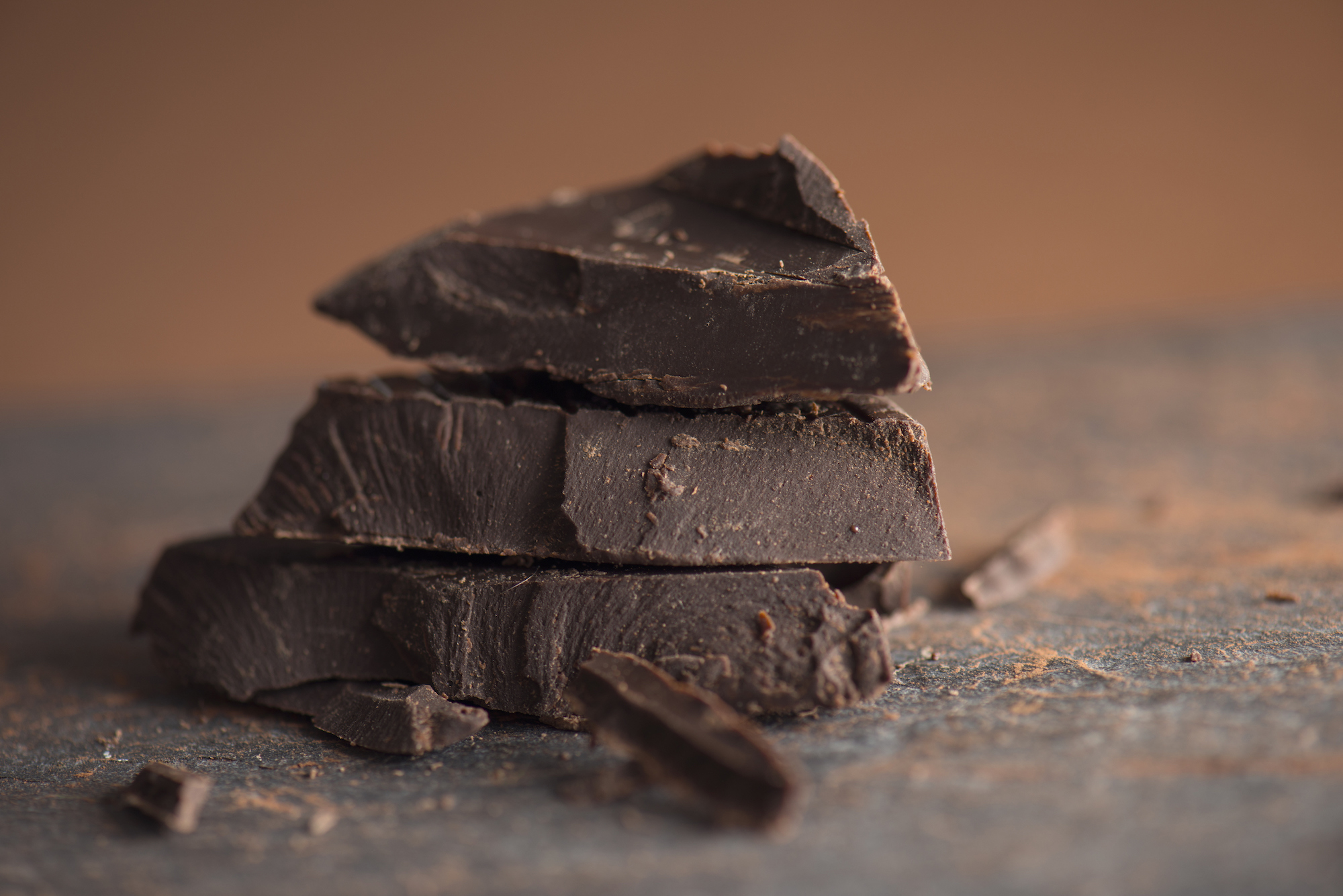 “For years, we have looked at the influence of dark chocolate on neurological functions from the standpoint of sugar content - the more sugar, the happier we are," Berk said. "This is the first time that we have looked at the impact of large amounts of cacao in doses as small as a regular-sized chocolate bar in humans over short or long periods of time, and are encouraged by the findings. These studies show us that the higher the concentration of cacao, the more positive the impact on cognition, memory, mood, immunity and other beneficial effects.”

The flavonoids found in cacao are extremely potent antioxidants and anti-inflammatory agents, with known mechanisms beneficial for brain and cardiovascular health. The following results will be presented in live poster sessions during the Experimental Biology 2018 meeting.

This study assessed the electroencephalography (EEG) response to consuming 48 g of dark chocolate (70% cacao) after an acute period of time (30 mins) and after a chronic period of time (120 mins), on modulating brain frequencies 0-40Hz, specifically beneficial gamma frequency (25-40Hz). Findings show that this superfood of 70 percent cacao enhances neuroplasticity for behavioral and brain health benefits.

Berk said the studies require further investigation, specifically to determine the significance of these effects for immune cells and the brain in larger study populations. Further research is in progress to elaborate on the mechanisms that may be involved in the cause-and-effect brain-behavior relationship with cacao at this high concentration.