Experiments conducted at the Department of Energy’s Lawrence Berkeley National Laboratory (Berkeley Lab) helped to confirm that samples of interplanetary particles – collected from Earth’s upper atmosphere and believed to originate from comets – contain dust leftover from the initial formation of the solar system.


Elemental map of tiny glassy grains (blue with green specks) inside a cometary-type interplanetary dust particle. Carbonaceous material (red) holds these objects together. This image was collected from a thin section of the particle using a scanning transmission electron microscope. 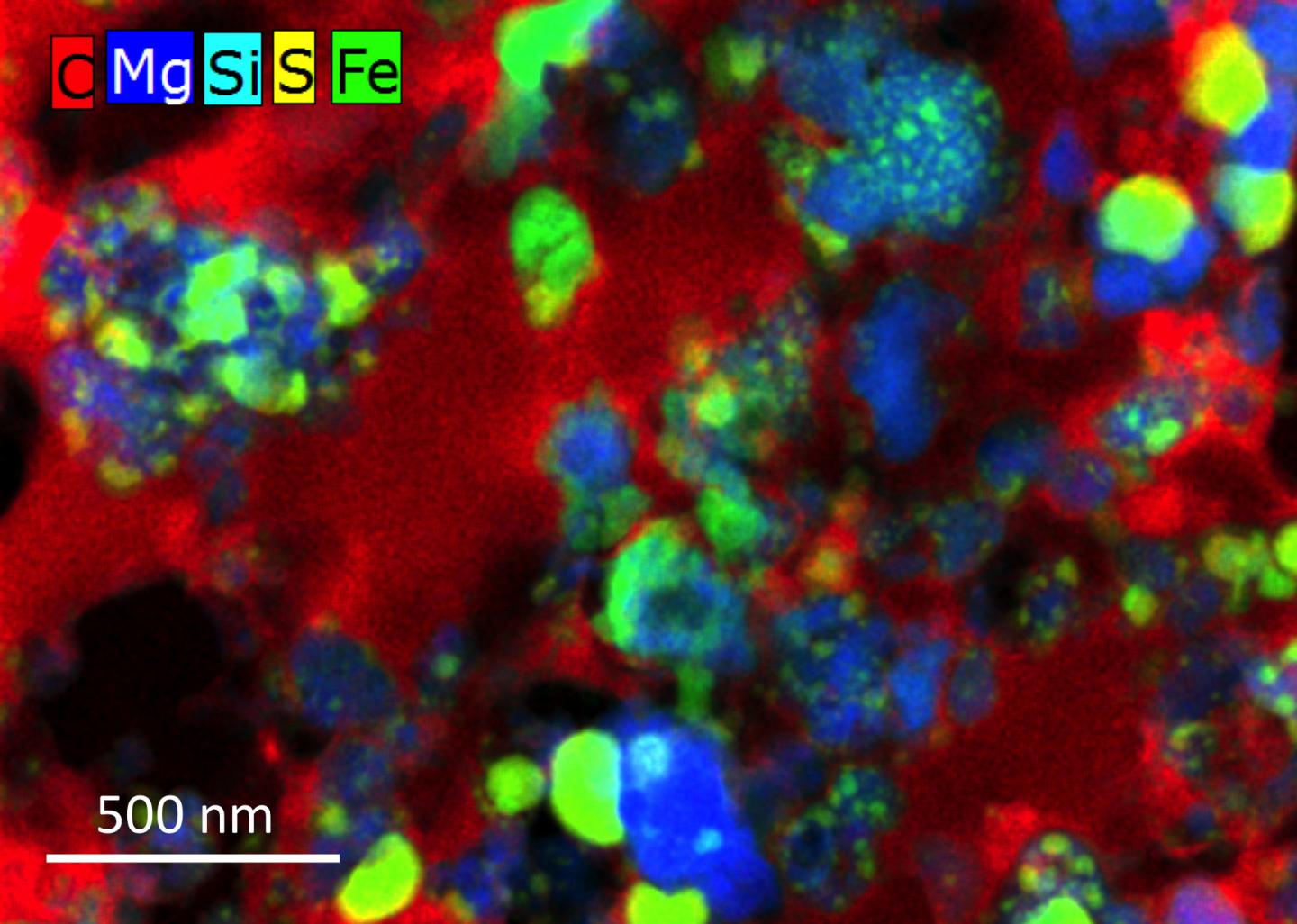 The study was published online June 11 in the journal Proceedings of the National Academy of Sciences.

The team of scientists led by University of Hawai'i at Manoa (UH Mānoa) School of Ocean and Earth Science and Technology (SOEST) researcher Hope Ishii, discovered that certain interplanetary dust particles (IDPs) contain dust leftover from the initial formation of the solar system.

The initial solids from which the solar system formed consisted almost entirely of amorphous silicate, carbon and ices. This dust was mostly destroyed and reworked by processes that led to the formation of planets. Surviving samples of pre-solar dust are most likely to be preserved in comets--small, cold bodies that formed in the outer solar nebula.

In a relatively obscure class of IDPs believed to originate from comets, there are tiny glassy grains called GEMS, or glass embedded with metal and sulfides--typically only tens to hundreds of nanometers in diameter, less than 1/100th the thickness of human hair.

Using transmission electron microscopy, Ishii and colleagues made maps of the element distributions and discovered that these glassy grains are made up of subgrains that aggregated together in a different environment and prior to the formation of the comet parent body. This aggregate is encapsulated by carbon of a different type than the carbon that forms a matrix gluing together GEMS and other components of cometary dust. 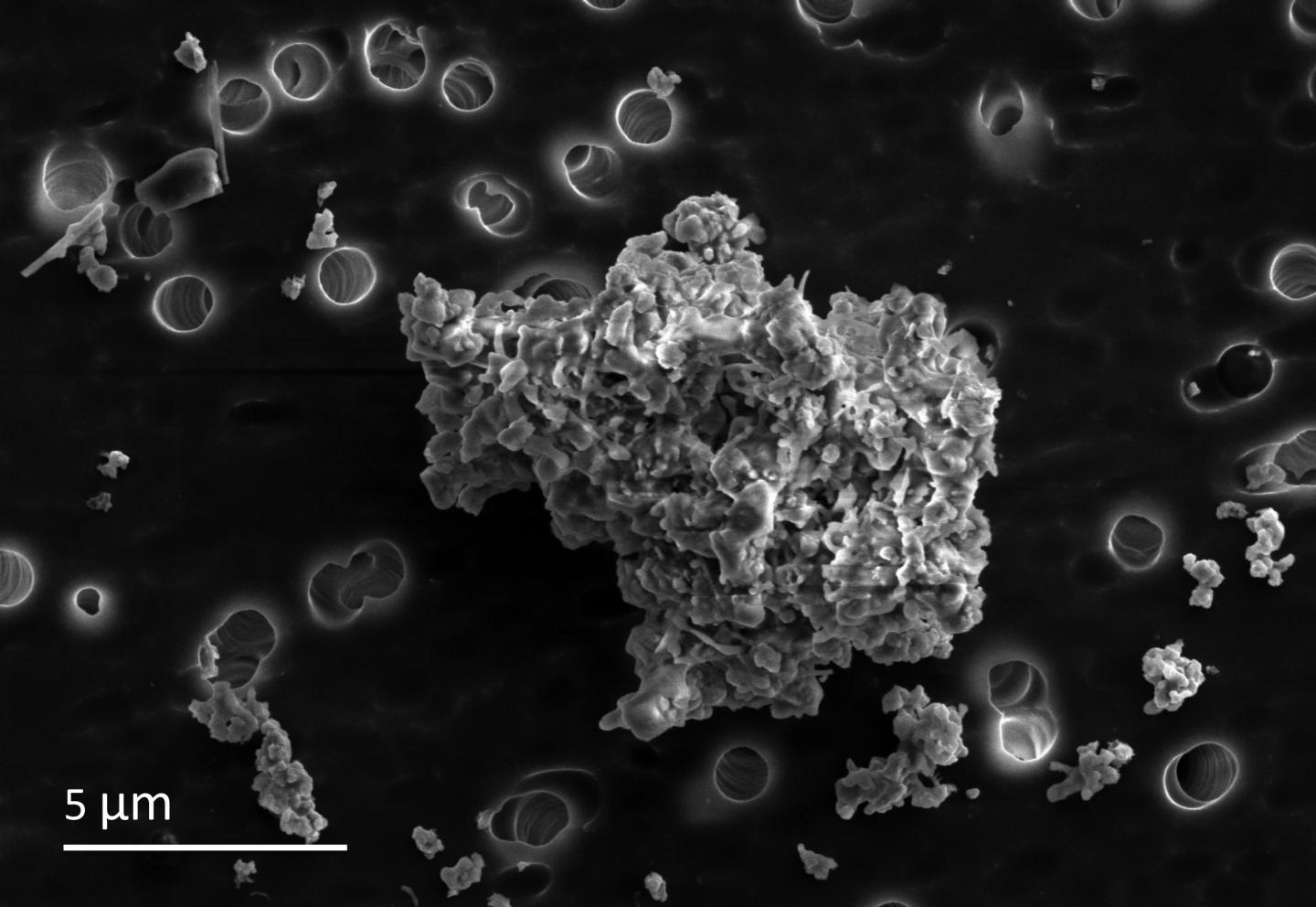 Credit: Hope Ishii, University of Hawai'i
The types of carbon that rims the subgrains and that forms the matrix in these particles decomposes with even weak heating, suggesting that the GEMS could not have formed in the hot inner solar nebula, and instead formed in a cold, radiation-rich environment, such as the outer solar nebula or pre-solar molecular cloud.

"Our observations suggest that these exotic grains represent surviving pre-solar interstellar dust that formed the very building blocks of planets and stars," said Ishii, who is based at the UH Manoa Hawai'i Institute of Geophysics and Planetology. "If we have at our fingertips the starting materials of planet formation from 4.6 billion years ago, that is thrilling and makes possible a deeper understanding of the processes that formed and have since altered them."

As comets, like Hale Bopp shown here, pass near the Sun, they release dust that can reach Earth's orbit and settle through the atmosphere where it can be collected. 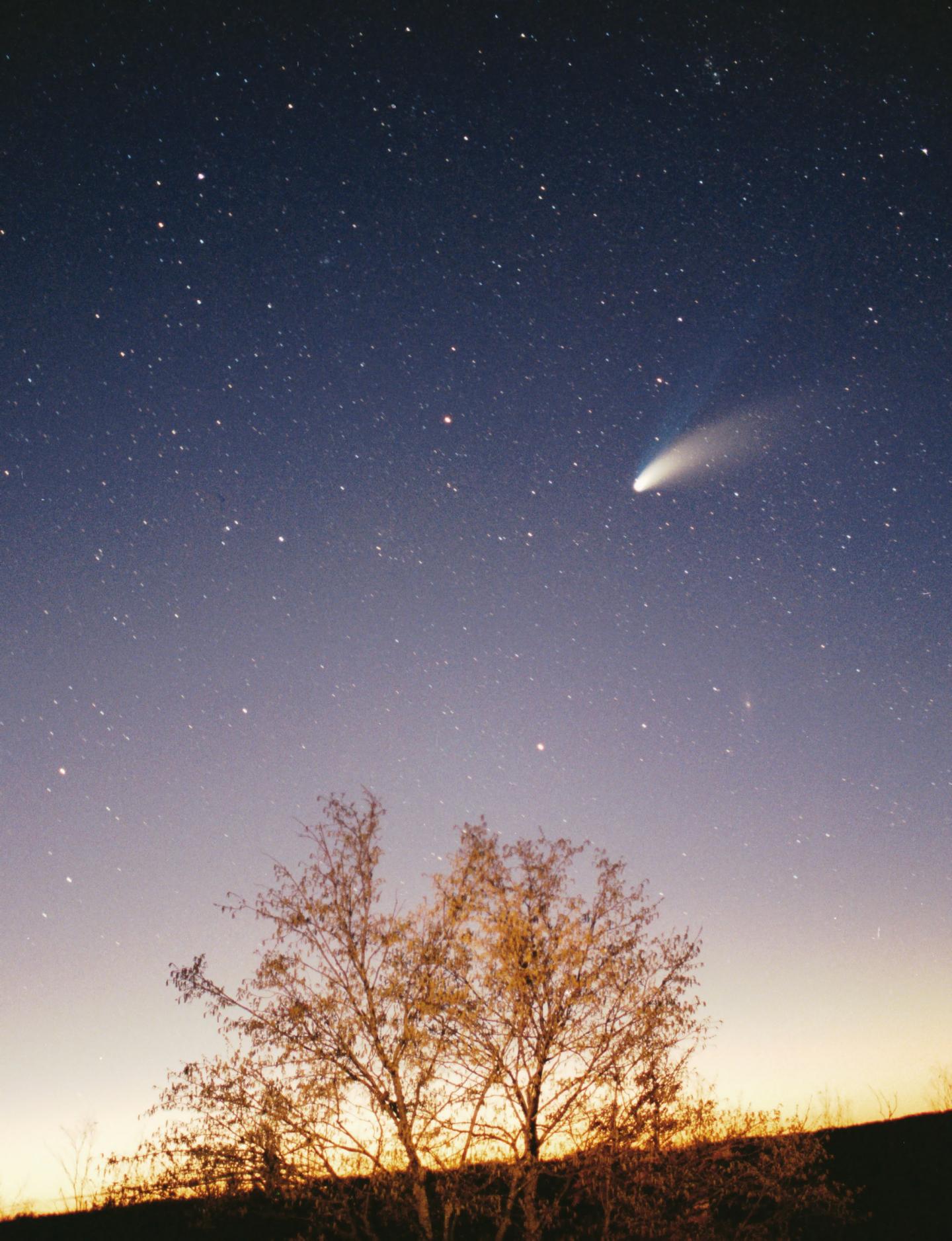 Credit: Philipp Salzgeber, CC license (CC BY-SA 2.0)
The University of Hawai'i has a strong footprint in space science and state-of-the-art instrumentation and is recognized as world-class in this field.

"This is an example of research that seeks to satisfy the human urge to understand our world's origins and serves the people of Hawai'i by boosting our reputation for excellence in space science and as a training ground for our students to be engaged in exciting science," said Ishii. In the future, the team plans to search the interiors of additional comet dust particles, especially those that were well-protected during their passage through the Earth's atmosphere, to increase understanding of the distribution of carbon within GEMS and the size distributions of GEMS subgrains.

Using transmission electron microscopy at the Molecular Foundry, the research team made maps of the element distributions and discovered that these glassy grains are made up of subgrains that aggregated together in a different environment prior to the formation of the comet.