When female birds have chicks as the result of an extra-marital fling, the fathers are almost always older males, and scientists are finding out why.

Many birds, particularly songbirds like sparrows, form social pair bonds. They usually stick with one partner for life to raise chicks, but may have affairs that result in 'illegitimate' children. From previous studies, it is known that older males are more likely to sire illegitimate children, but exactly why has remained a mystery.

Now, a team of researchers led by Imperial College London have studied the behaviour of a captive population of sparrows at the Silwood Park campus to find out why older males are so successful. Their results are published this week in the current issue of Scientific Reports.

These are two sparrows mating. 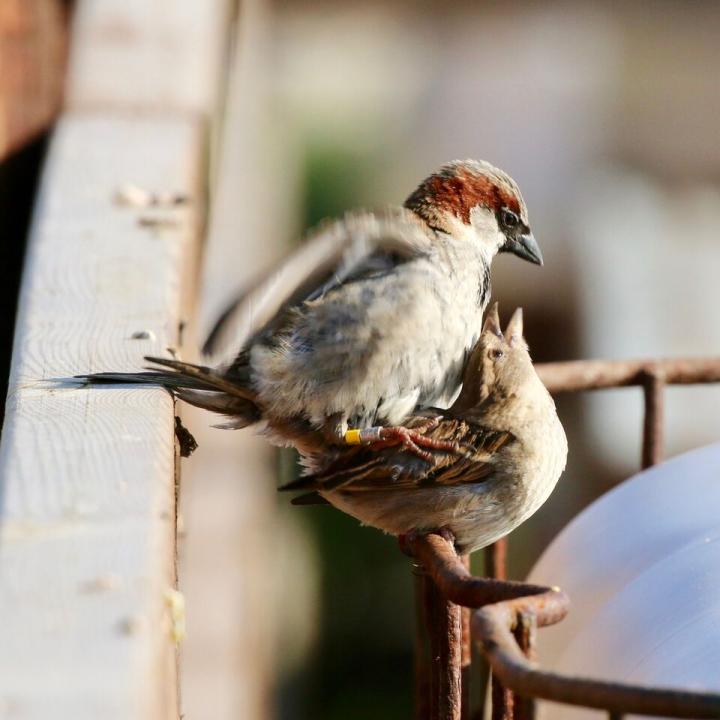 They tested two possibilities: that older males are better at coercing females into extra-pair affairs (the 'male manipulation' hypothesis), or that females solicit more sex from older males than from younger males (the 'female choice' hypothesis).

The team observed more than 450 mating attempts by males, and found that older males did not try to make females cheat any more often than younger males, casting doubt on the male manipulation hypothesis.

Lead author of the study Antje Girndt, from the Department of Life Sciences at Imperial and the Max Planck Institute for Ornithology in Germany, said: "There is a difference between what we observe and what the outcome is: we didn't observe older males cheating more often than younger males, but they do father more offspring. This suggests there is another factor at work, such as older males having more competitive sperm." 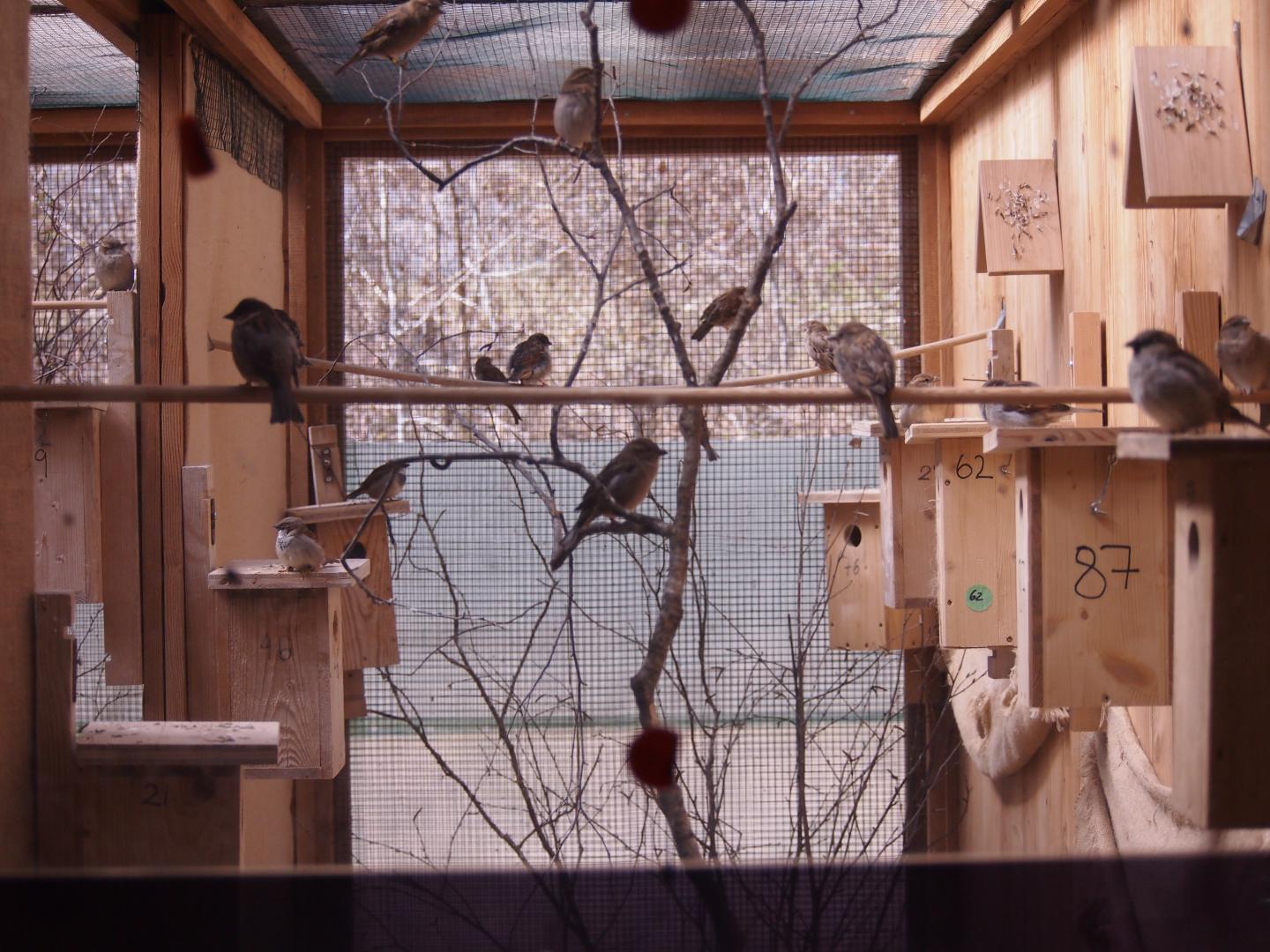 The researchers suggest that 'post-copulation' mechanisms might be driving the older male's success. An element of female choice might still be a factor, as female sparrows can store sperm internally for some weeks, and may 'decide' which sperm to use for fertilisation - although the authors admit this is hard to study.

The team study sparrows to investigate the evolution of monogamy in animals, and the behavioural and biological factors that drive it.

Lead researcher Dr Julia Schroeder, from the Department of Life Sciences at Imperial, said: "Sparrows are socially monogamous but sexually promiscuous, staying with one partner for the security of raising chicks, but with the males not necessarily raising their own chicks.

"We found that there is likely to be a biological effect, rather than a behavioural one, for why older males are more successful at siring illegitimate children. It has been thought that females might choose older males as they are more 'genetically fit', but our research casts some doubt on this."