7 Out Of 10 Infected Die: Little-Known Virus Could Become the Next Global Pandemic

A little-known virus discovered 20 years ago could become the next global pandemic.

In 1998-99, an outbreak of a previously unrecorded viral disease killed more than 100 people in Malaysia. These people had become infected from a widespread epidemic involving thousands of pigs, as well as some horses, dogs, cats, fruit bats (flying foxes) and goats.This slide shows Nipah virus in the blood vessel of a pig's lung. The giant cells (cells with many nuclei) on the lining of the blood vessel are caused by the virus.

A recent outbreak in South India has renewed interest in Nipah virus, a disease that generally spreads from bats or pigs to humans and kills nearly three-quarters of those infected. It has no vaccine and no cure. The virus has so far killed 11 in the current outbreak, with 14 additional cases confirmed. It has many strains capable of spreading from person to person, which increases the chances of a strain emerging that rapidly spreads among South Asia’s densely populated communities and beyond.

Among other Nipah research, Stanford scientists have illustrated potential pathways between people and bat secretions, shown Nipah contaminating hospital surfaces and piloted a way of preventing transmission. Stanford epidemiologist and Nipah expert Stephen Luby has co-authored recent work linking changes in temperature with the virus’s spread from bats to humans and examining the impact of behavioral changes that reduce the likelihood of people consuming potentially virus-contaminated tree sap.

Epidemiologist Stephen Luby is among the Stanford researchers studying the Nipah virus. 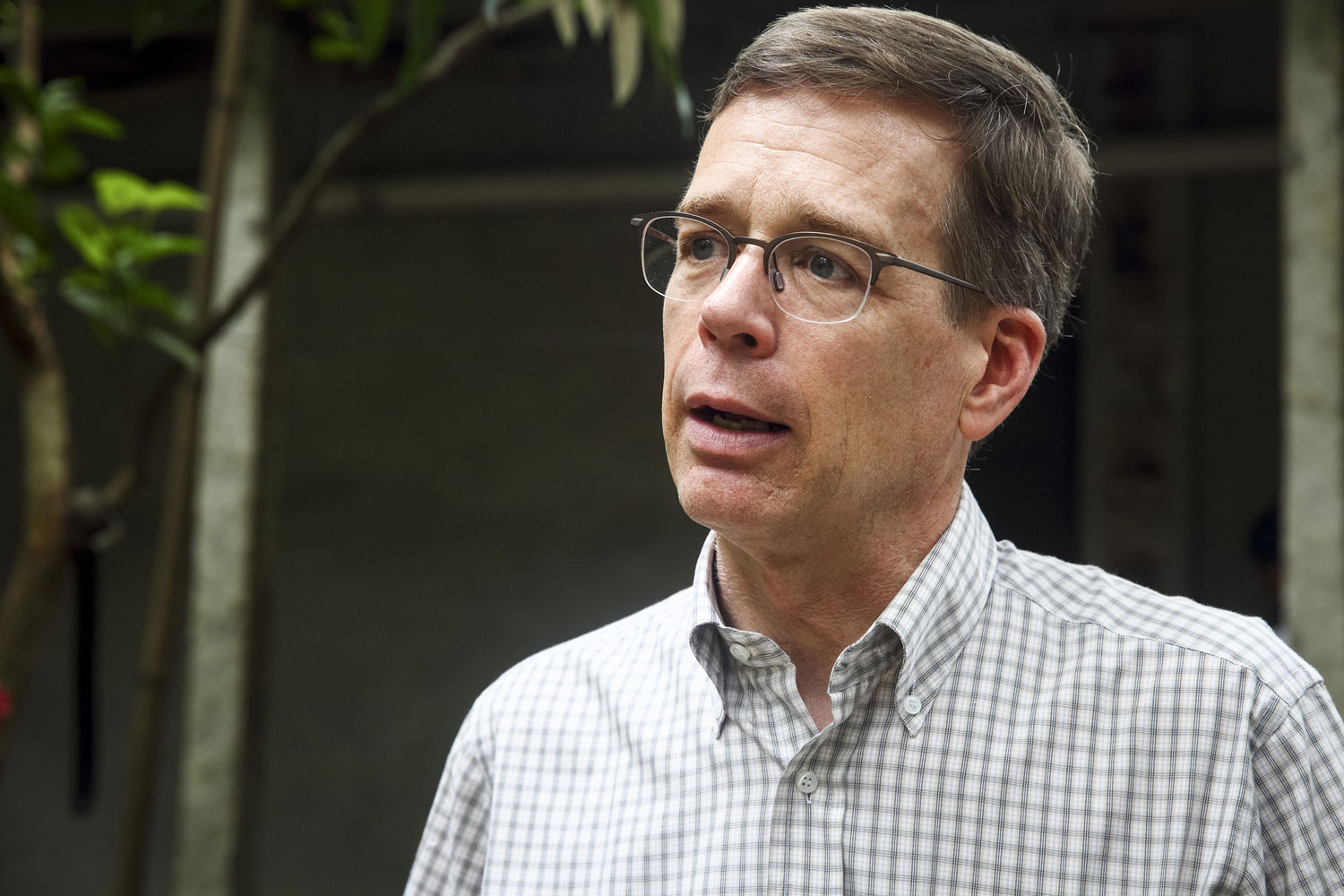 Luby spoke with Stanford Report about risks posed by the current Nipah virus outbreak and interventions that could slow or halt its transmission.

How might Nipah adapt to more efficient human-to-human transmission and thereby become a global pandemic threat?

It is conceivable that there is currently a strain of Nipah virus circulating among bats that, if it infected people, would efficiently transmit from person to person. So far, we have not identified such a strain.

Characteristics that might increase the risk of person-to-person transmission would be a virus that has a stronger tendency to move to the respiratory tract in high numbers. It is conceivable that the virus could acquire a mutation that would enhance this capacity. One concern is that anytime a virus infects a human, it is in an environment that selects for survival in that context.

What role, if any, does land conversion have in altering the epidemiology of infectious diseases, including the emergence of novel infections such as Nipah?

The natural habitat for Nipah-carrying Pteropus bats is tropical forests. As these forests have been converted into agricultural lands, the bats have sought out other sources of food. In Bangladesh, the virus moves from bats to people because the bats are licking fresh date palm sap and so passing their saliva – which occasionally is infected with Nipah virus – on to people who drink the sap. Because of habitat loss, Pteropus bats in Australia are more likely to stay in suburbs where fruit trees are available, and people and horses are nearby. The bats have halted much of their annual migration because of habitat loss.

Why are emerging diseases such as Nipah important to study?

How can the global community thoughtfully respond to the threat?

Both Ebola outbreaks and hospital-based transmission of Nipah illustrate that hospitals in low-income countries are important sites for transmission of potential pandemic organisms. We cannot predict which organism is likely to be the next pandemic, nor are we likely to have everyone vaccinated against these unknown threats. There has been much less enthusiasm for efforts to reduce the risk of transmission in low-income country hospitals. This requires addressing difficult problems with adequate supplies, behavior and accountability. In addition to developing vaccines and drugs, improving conditions in health care facilities is a key step for reducing global risk. As an example, Lily Horng of Stanford has published nice work on the difficulty of implementing basic hand hygiene practices in Bangladesh hospitals.

Investing in research to develop and test new strategies for sustaining improved infection control practices in low-income country hospitals would be a particularly useful area for research. It would also be useful to enhance surveillance, so we have a better idea about where the human cases are occurring, how many there are, what strains are involved and what pathway the virus is using to infect people.

Nipah was discovered 20 years ago, and there is still no vaccine. Why?

Vaccine development requires large amounts of money. The number of people infected with Nipah is small, and so, until very recently, there has been limited investment in developing a vaccine. The Coalition for Epidemic Preparedness Innovations recently announced plans to fund the development of a human vaccine against Nipah.

Luby is also a senior fellow at the Stanford Woods Institute for the Environment and the Freeman Spogli Institute for International Studies.