Who Beds Are Cleaner: Humans or a Chimpanzees?

Chimpanzees (Pan troglodytes) appear to keep tidier sleeping arrangements than humans do. That’s one finding of a recent study that evaluated the microbes and arthropods found in the treetop beds that chimpanzees make each night.

“We know that human homes are effectively their own ecosystems, and human beds often contain a subset of the taxa – or types – of organisms found in the home,” says Megan Thoemmes, lead author of a paper on the work and a Ph.D. student at North Carolina State University. “For example, about 35 percent of bacteria in human beds stem from our own bodies, including fecal, oral and skin bacteria.

“We wanted to know how this compares with some of our closest evolutionary relatives, the chimpanzees, which make their own beds daily,” Thoemmes says. 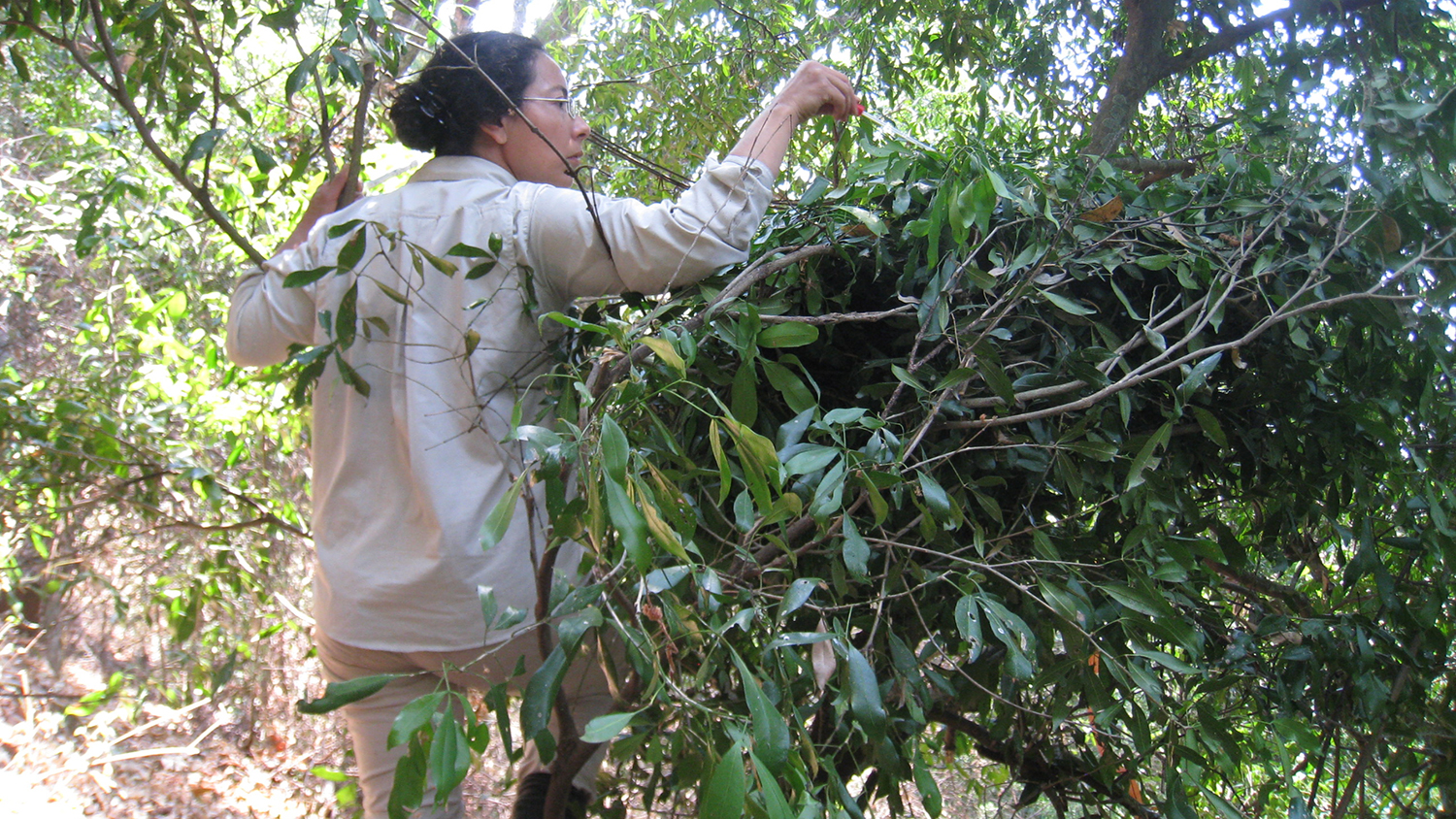 To that end, researchers in Tanzania collected swabs of 41 chimpanzee beds, or nests. The swabs were used to test for microbial biodiversity. At 15 of the nests, researchers also used vacuums to sample the diversity of arthropods, such as insects and arachnids.

Notably, however, chimpanzee beds were much less likely to harbor fecal, oral or skin bacteria.

“We found almost none of those microbes in the chimpanzee nests, which was a little surprising,” Thoemmes says.

“We also expected to see a significant number of arthropod parasites, but we didn’t,” Thoemmes says. “There were only four ectoparasites found, across all the nests we looked at. And that’s four individual specimens, not four different species.

“This work really highlights the role that man-made structures play in shaping the ecosystems of our immediate environment,” Thoemmes says. “In some ways, our attempts to create a clean environment for ourselves may actually make our surroundings less ideal.”

The paper, “Ecology of Sleeping: The Microbial and Arthropod Associates of Chimpanzee Beds,” is published in the journal Royal Society Open Science. The paper was co-authored by Rob Dunn, Matthew Bertone, David Baltzegar, Russell Borski and Kaitlin Coyle of NC State; and Fiona Stewart, Adriana Hernandez-Aguilar, Naomi Cohen and Alexander Piel of the Ugalla Primate Project. The work was done with support from the National Science Foundation under grant number 0953390. The Ugalla Primate Project is supported by the UCSD/Salk Center for Academic Research and Training in Anthropogeny.