Could it be that something as simple as sleep can slow or even roll back the effects of cognitive impairment and slow the progression to Alzheimer’s disease? Kathy Richards, a professor at The University of Texas at Austin’s School of Nursing, thinks so, and she was encouraged by the National Institute on Aging to apply for funding to look into the role of sleep in preventing brain damage.

Early in her career, Richards conducted clinical trials involving exercise and social activity to improve sleep in persons with Alzheimer’s disease who lived in nursing homes. Finding it difficult to measure their sleep accurately, Richards used polysomnography, a sleep test performed in sleep laboratories to study sleep and diagnose a variety of sleep disorders.

“We conducted more than 200 home and nursing home polysomnography studies in people with Alzheimer’s disease,” Richards said. “I was surprised to find that over 60 percent of them had rather severe obstructive sleep apnea and began to wonder if the sleep apnea came before or after the Alzheimer’s disease, and if identifying and treating apnea early in the trajectory of memory loss might help people to retain their memory.”

Other researchers also began to wonder about this, and several recent studies have demonstrated a link between reduced sleep quality and poorer cognitive performance. In 2011, Richards received a $2.3 million grant from the National Institutes of Health (NIH) to investigate her hypothesis that treatment of obstructive sleep apnea might improve memory and delay cognitive decline in persons with mild cognitive impairment.

After working with the 83 participants enrolled in the Memories 1 study, her team found that consistently using a continuous positive airway pressure (CPAP) machine for sleep apnea provided significant and clinically important cognitive and functional benefits for older adults with mild cognitive impairment and obstructive sleep apnea. The result was so impressive that the NIH encouraged her to broaden the study.

“At the end of the Memories 1 study, we saw from the cognitive testing that those who used CPAP were often better,” Richards said. “We began to think that it’s possible that something as easy as taking care of your sleep health may slow progression of dementia and improve memory.”

In Memories 2, which was funded by the NIH for $9.7 million, Richards and her research colleagues at the University of Pennsylvania will recruit 450 individuals between the ages of 55 and 75 with mild cognitive impairment from Austin; Philadelphia; Charlottesville, Virginia; and St. Louis, Missouri. Collaborating universities are St. Louis University and the University of Virginia.

Mild cognitive impairment is a transitional stage between normal memory and Alzheimer’s disease. Richards estimates that about three-quarters of the participants in this new study will have obstructive sleep apnea, a health condition that causes sleep disturbance, pauses or cessation of breathing during sleep, and dangerous drops in oxygen in the blood and brain, and one-quarter will not. 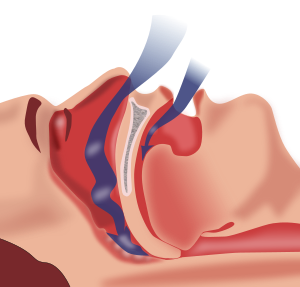 Those with apnea will receive CPAP to treat the apnea and a series of motivating phone calls from project staff to encourage them to successfully use their CPAP device. The control group without sleep apnea will receive motivating phone calls on health topics. Everyone in the study will undergo memory testing, a brain MRI and an amyloid PET scan to establish a baseline. They will repeat the memory testing and brain MRI after one year. The CPAP machines have hidden sensors that transmit information about how many hours per night the apnea group members use their units.

“Although we want patients to use CPAP all night, every night, at least four hours is needed for a therapeutic response, and scientists and clinicians commonly define CPAP adherence as at least four hours of use each night,” Richards said. “The main goal of the study is to determine if CPAP adherence will delay or perhaps even reverse progression toward Alzheimer’s disease.”

Contacts and sources:
Kathryn Wiley
University of Texas
on May 12, 2018