Nanoparticles derived from tea leaves inhibit the growth of lung cancer cells, destroying up to 80% of them, new research by a joint Swansea University and Indian team has shown.

The team made the discovery while they were testing out a new method of producing a type of nanoparticle called quantum dots. These are tiny particles which measure less than 10 nanometres. A human hair is 40,000 nanometres thick.

Although nanoparticles are already used in healthcare, quantum dots have only recently attracted researchers' attention. Already they are showing promise for use in different applications, from computers and solar cells to tumour imaging and treating cancer.

This image shows a size comparison in nanometres of a football, human hair and quantum dots, which are less than 10 nanometres.


Quantum dots can be made chemically, but this is complicated and expensive and has toxic side effects. The Swansea-led research team were therefore exploring a non-toxic plant-based alternative method of producing the dots, using tea leaf extract.

Tea leaves contain a wide variety of compounds, including polyphenols, amino acids, vitamins and antioxidants. The researchers mixed tea leaf extract with cadmium sulphate (CdSO4) and sodium sulphide (Na2S) and allowed the solution to incubate, a process which causes quantum dots to form. They then applied the dots to lung cancer cells.

They found:
These are microscope images of A549 lung cancer cell; left = untreated; right = treated with quantum dots.

The research, published in Applied Nano Materials, is a collaborative venture between Swansea University experts and colleagues from two Indian universities.

"Our research confirmed previous evidence that tea leaf extract can be a non-toxic alternative to making quantum dots using chemicals.

The real surprise, however, was that the dots actively inhibited the growth of the lung cancer cells. We hadn't been expecting this. 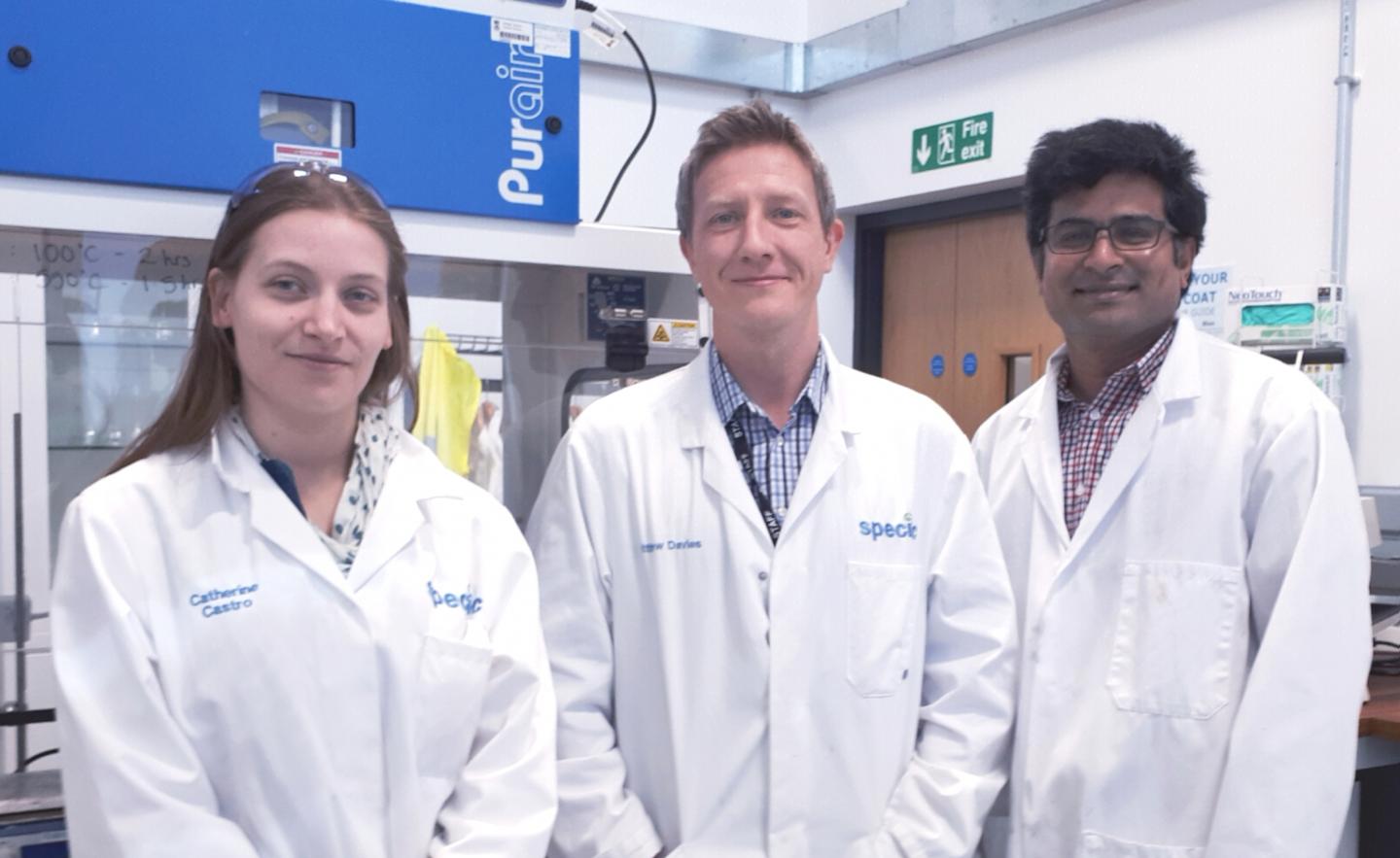 They also have other possible applications, for example in anti-microbial paint used in operating theatres, or in sun creams."

Dr Pitchaimuthu outlined the next steps for research:

"Building on this exciting discovery, the next step is to scale up our operation, hopefully with the help of other collaborators. We want to investigate the role of tea leaf extract in cancer cell imaging, and the interface between quantum dots and the cancer cell.

We would like to set up a "quantum dot factory" which will allow us to explore more fully the ways in which they can be used."

Lung cancer mortality: survival rates for lung cancer are generally lower than for other cancers. Cancer Research reports that the 5 year survival rate is less than 10%.