New research by an international team including scientists from the Max Planck Institute for the Science of Human History, the University of Tübingen, EPFL Lausanne and the University of Zurich has revealed that there was much more diversity in the leprosy strains circulating in Medieval Europe than previously thought. This finding, based on the sequencing of 10 new ancient genomes from the leprosy-causing bacterium Mycobacterium leprae, complicates prior assumptions about the origin and spread of the disease, and also includes the oldest M. leprae genome sequenced to date, from about 400 AD in the United Kingdom.

Skeletal remains showing evidence of leprosy from the Odense St. Jørgen cemetery in Denmark, which was established in 1270 and existed until 1560. 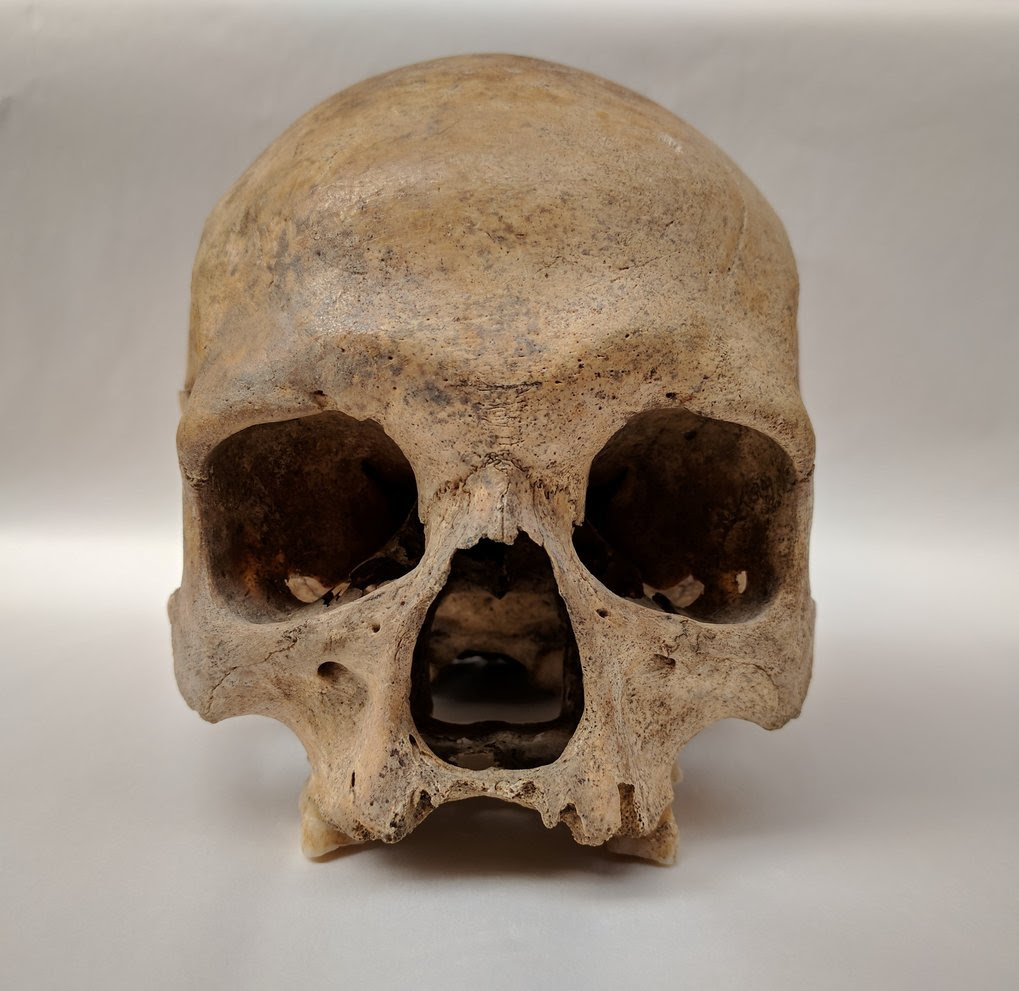 Leprosy is one of the oldest recorded and most stigmatized diseases in human history. The disease was prevalent in Europe until the 16th century and is still endemic in many countries, with over 200,000 new cases reported annually. The bacterium Mycobacterium leprae is the main cause of leprosy. Previous research on the bacterium suggested that it clusters into several strains, only two of which were present in Medieval Europe. The present study, published in the journal PLOS Pathogens, aimed to further investigate the history and origin of M. leprae by looking for genetic evidence from a large number of ancient samples from throughout Europe.

The current study examined approximately 90 individuals with skeletal deformations that were characteristic of leprosy, from across Europe and from time periods ranging from approximately 400 AD to 1400 AD. From these samples, 10 new medieval M. leprae genomes were fully reconstructed. These genomes represent all known strains, including strains that are today associated with different locations around the globe, including Asia, Africa and the Americas. Additionally, in this study multiple strains were often found in the same cemetery, illustrating the diversity of the leprosy strains circulating throughout the continent at the time.

Skeletal remains from Great Chesterford showing evidence of leprosy. This is the oldest known case of leprosy in the United Kingdom “We found much more genetic diversity in ancient Europe than expected,” explains Johannes Krause, senior author of the study and a director at the Max Planck Institute for the Science of Human History. “Additionally, we found that all known strains of leprosy are present in Medieval Europe, suggesting that leprosy may already have been widespread throughout Asia and Europe in antiquity or that it might have originated western Eurasia.”

One M. leprae genome reconstructed by the team was from Great Chesterford, England, and dates to between 415-545 AD. This is the oldest M. leprae genome sequenced to date and comes from one of the oldest known cases of leprosy in the United Kingdom. Interestingly, this strain is the same found in modern-day red squirrels and supports the hypothesis that squirrels and the squirrel fur trade were a factor in the spread of leprosy among humans in Europe during the medieval period.

“The dynamics of M. leprae transmission throughout human history are not fully resolved. Characterization and geographic association of the most ancestral strains are crucial for deciphering leprosy’s exact origin” states lead author Verena Schuenemann of the University of Zurich. “While we have some written records of leprosy cases that predate the Common Era, none of these have yet been confirmed on a molecular level.”

The abundance of ancient genomes in the current study has resulted in a new and older estimate for the age of M. leprae than previous studies, placing its age at least a few thousand years old. “Having more ancient genomes in a dating analysis will result in more accurate estimates,” explains Krause. “The next step is to search for even older osteological cases of leprosy than currently available, using well-established methods for identification of potential cases.”