Understanding the evolution of a 400 million-year-old anti-viral protein that first emerged in marine life, is helping researchers get the upper-hand on human immunodeficiency virus (HIV).

Researchers at Western University were interested in the origin of a gene that encodes for protein, HERC5, shown to potently inhibit HIV. In a new study published in the Journal of Virology Stephen Barr, PhD, associate professor at Western’s Schulich School of Medicine & Dentistry, shows that the gene first emerged in fish over 400 million-years-ago and has been involved in an evolutionary arms race with viruses ever since. 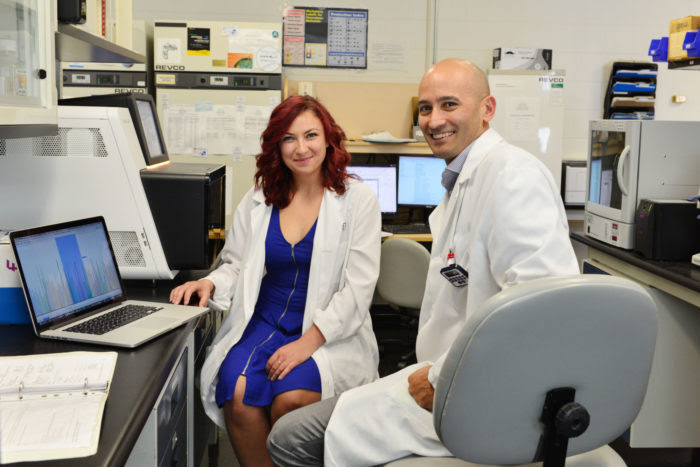 The study shows that over hundreds of millions of years, this battle for survival caused the genes to develop sophisticated shields to block viruses, which in turn forced the viruses to continually evolve and change to circumvent these defences. This provides insight into both how the viruses and the immune system has evolved.

Using sequencing technology, Barr and his research team found that the HERC5 gene from this 400 million-year-old fish called a coelacanth encodes for a protein that can potently block the primate version of HIV, known as simian immunodeficiency virus (SIV), but fails to block HIV.

“Of course HIV and these modern day viruses that we study aren’t present in fish, but ancient versions of them are. So what we assume is that as these ancient retroviruses wreaked havoc on marine life, their immune systems had to develop a defense,” Barr explained. “We think that one of those defenses is the HERC family. As retroviruses evolved, eventually giving rise to HIV, different variants of HERC genes emerged to combat these infections.”

Since these viruses have been in battle for so long, they have had time to learn of ways to get around these shields and as a result became smarter. Consequently, this new level of sophistication likely helped these viruses to jump the species barrier and establish new infections in humans.

“By learning the big picture and identifying all the different proteins that can make up this defense against viruses, we can develop a more global approach to advance antiviral drugs. Our future goal is to discover the mechanisms that viruses use to inactivate HERCs and other similar antiviral proteins so that we can exploit this knowledge for the development of novel antiviral drugs,” said Barr.