The Great Oxidation Event is one of the major scientific mysteries. Oxygen appeared on the planet for the first time over 2,3 billion years ago. A new Science study is making scientists rethink what they thought they knew about the event.

No oxygen, no complex life as we know it:

The geological history of Earth is characterized by many large-scale changes that have had a significant impact on Earth’s environments. The most important of these events for the evolution of life as we know it, was the Great Oxidation Event some 2.3 billion years ago. For the first-time ever, the oxygen concentrations in the atmosphere rose to about 1-10% of today’s.

Russian geologists stumbled upon thick salt beds that had been buried 2-3 km below the surface. 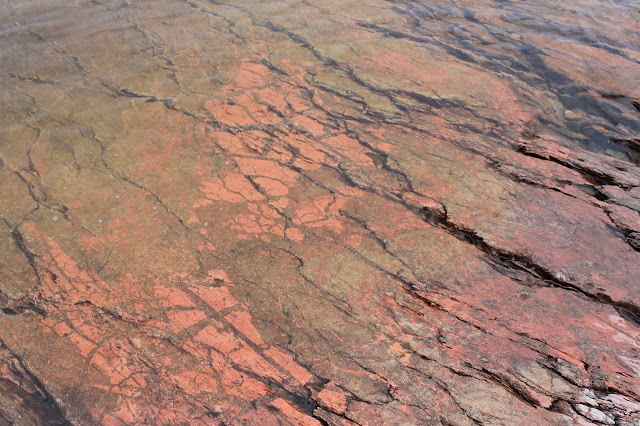 
“It has long been debated if this was only a temporary increase in oxygen that lasted for about 300-400 million years, or if it was a permanent transition. Until now robust evidence to constrain the Great Oxidation Event has been lacking, partly due to the incomplete and poorly preserved rock record from this time period.” says Kärt Paiste, PhD-candidate at CAGE Centre for Arctic Gas Hydrate, Environment and Climate at UiT The Arctic Univeristy of Norway..

She is one of the co-authors of a study in Science that for the first time shows the magnitude of this event.

“Instead of a trickle, it was more like a firehose,” said Clara Blättler, a postdoctoral research fellow in the Department of Geosciences at Princeton University (US) and first author on the study. “It was a major change in the production of oxygen.”

Russian scientists stumbled upon the clues

During deep drilling in 2007-2009 on the shores of the Lake Onega in Karelia, Russian geologists stumbled upon thick salt beds that had been buried 2-3 km below the surface.

Salt crystals were found in the pink rocks from the shore of Lake Onega, Russia. These tell a story of weathering continents. 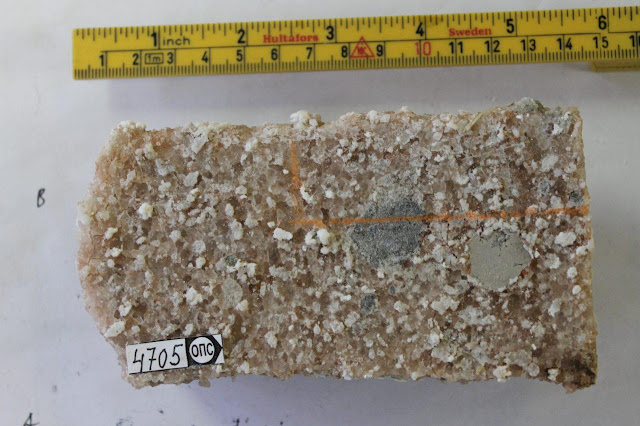 These beds contained extraordinarily well preserved evaporite minerals – salt deposits of halite and anhydrite left behind by evaporation of the restricted marine basin. The salt deposits contained a surprisingly large amount of sulfate minerals, which are highly soluble and rarely preserved in the rock record. This makes the finding even more unique.

“This is the strongest ever evidence that the ancient seawater from which those minerals precipitated had high sulfate concentrations reaching at least 30% of present-day oceanic sulfate as our estimations indicate.” Sais Aivo Lepland, researcher at The Geological Survey of Norway and CAGE and co-author of the study.

“This is an amount that is significantly larger than previously thought. Studies of these extraordinary rocks have provided first solid evidence that around 2 billion years ago ancient seawater was similar to today’s.” says Kärt Paiste.

Changed the composition of the oceans

More specifically, in order to form thick anhydrite deposits a significant amount of sulfate has to be transported into the oceans, which is only possible through so called oxidative weathering.

This means that Earth’s atmosphere had to contain abundant amounts of oxygen to create a chemical reaction that would weather continents. The buildup of oxygen was caused by the growth of cyanobacteria capable of photosynthesis. This activity must have thus been longer, and more intense than previously believed.

“The Great Oxidation Event lasted long enough to intensively weather landmasses in order to change the composition of the oceans.” Says Paiste. 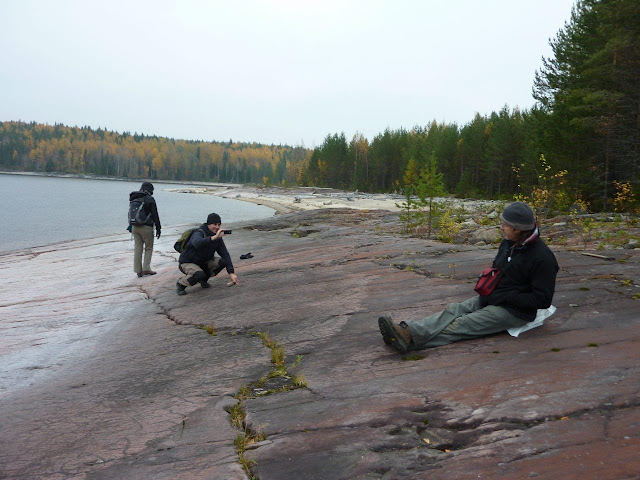 According to Lepland the findings in the study require considerable rethinking of the magnitude of oxygenation of Earth’s atmosphere-ocean system.

Facts: The Geological Survey of Norway (NGU), with Aivo Lepland at the helm has over the past decade coordinated research that focuses on understanding Earth’s early oxygenation. This has been done in close collaboration with the Karelian Science Centre (KSC) in Petrozavodsk, Russia. In 2007, an international consortium, the ICDP-sponsored Fennoscandian Arctic Russia – Drilling Early Earth project (FAR-DEEP), drilled 15 cores across the Kola-Karelia region of Russia and, in 2007-2009, the KSC was involved in drilling of the 3.5 km deep Onega Parametric Hole (OPH) at the western shores of the Lake Onega. This core recovered the unique succession of evaporates described above and the established NGU-KSC collaboration enabled an international team of researchers to study and sample the OPH core in Petrozavodsk in 2014 and 2016.

Email ThisBlogThis!Share to TwitterShare to FacebookShare to Pinterest
Labels: Evironment