Many soldiers returning from combat bear visible scars, or even lost limbs, caused by blasts from improvised explosive devices, or IEDs. However, some servicemen also return with debilitating hidden injuries -- the loss of all or part of their genitals.

"We are hopeful that this transplant will help restore near-normal urinary and sexual functions for this young man," says W.P. Andrew Lee, M.D., professor and director of plastic and reconstructive surgery at the Johns Hopkins University School of Medicine. 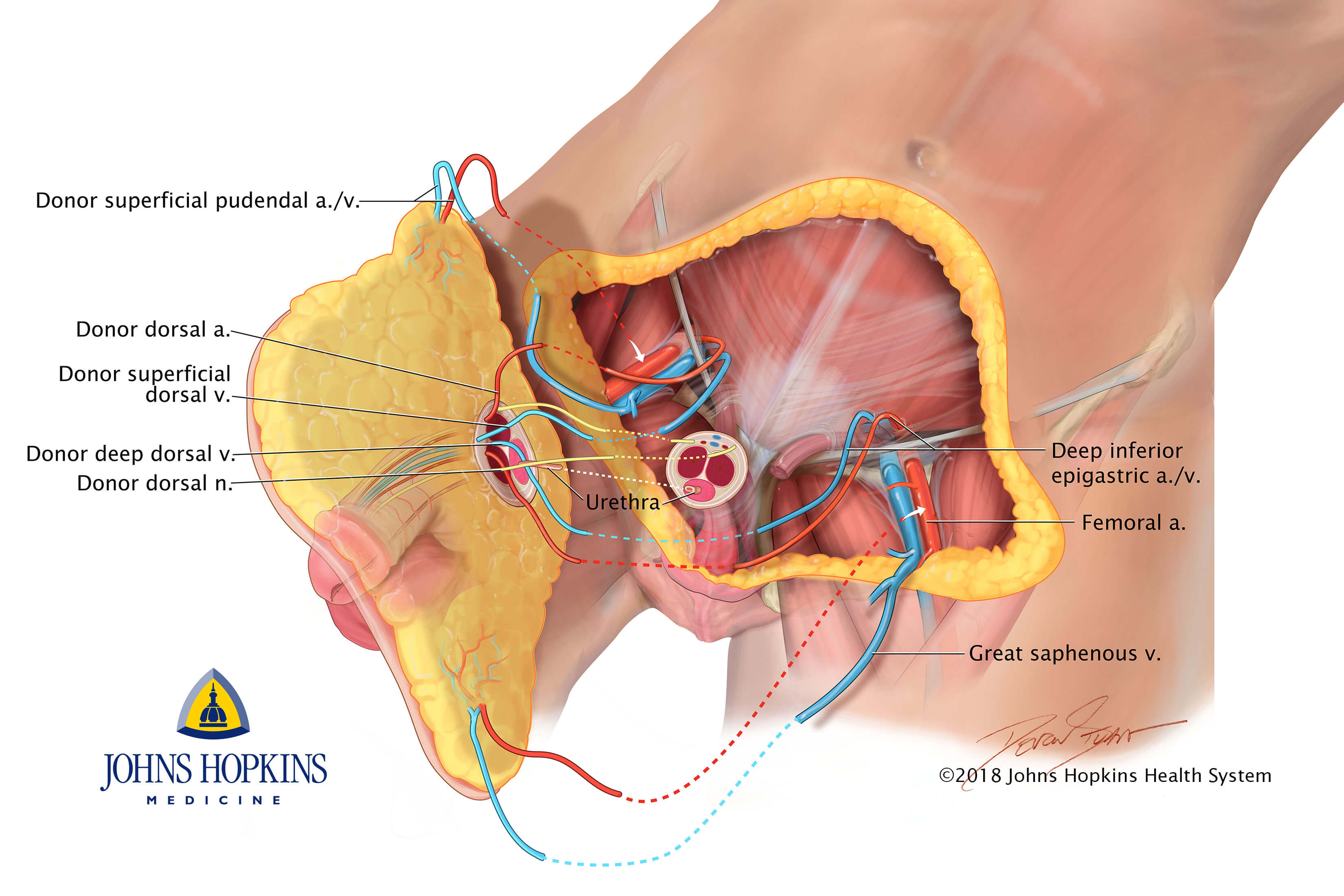 A team of nine plastic surgeons and two urological surgeons was involved in the 14-hour surgery on March 26. They transplanted from a deceased donor the entire penis, scrotum (without testicles) and partial abdominal wall.

"It's a real mind-boggling injury to suffer, it is not an easy one to accept," says the recipient who is a veteran who sustained injuries in Afghanistan and wishes to remain anonymous. "When I first woke up, I felt finally more normal... [with] a level of confidence as well. Confidence... like finally I'm okay now," he says.

The recipient is a veteran who sustained injuries in Afghanistan and wishes to remain anonymous. He has recovered from the surgery and is expected to be discharged from the hospital this week.

This type of transplant, where a body part or tissue is transferred from one individual to another, is called vascularized composite allotransplantation. The surgery involves transplanting skin, muscles and tendons, nerves, bone and blood vessels. As with any transplant surgery, tissue rejection is a concern. The patient is put on a regimen of immunosuppressive drugs to prevent rejection. Lee's team has developed an immune modulation protocol aimed at minimizing the number of these drugs needed to prevent rejection.