Handheld Device to Sniff Out Humans Trapped in Collapsed Buildings

The first step after buildings collapse from an earthquake, bombing or other disaster is to rescue people who could be trapped in the rubble. But finding entrapped humans among the ruins can be challenging.

Scientists now report in the ACS journal Analytical Chemistry the development of an inexpensive, selective sensor that is light and portable enough for first responders to hold in their hands or for drones to carry on a search for survivors.


A new sensor could aid first responders in their search for survivors after buildings collapse. 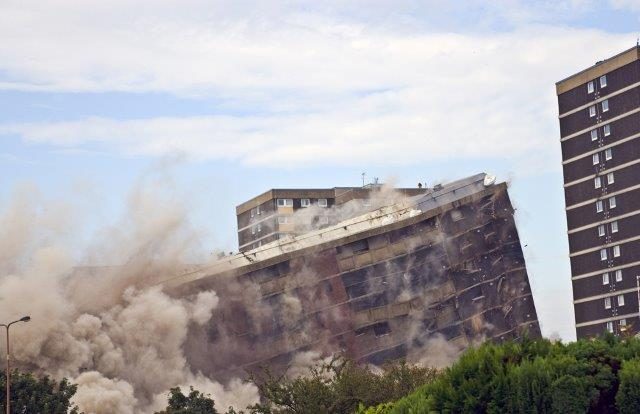 In the hours following a destruction-causing event, the survival rate of people stuck in the rubble rapidly drops, so it’s critical to get in there fast. Current approaches include the use of human-sniffing dogs and acoustic probes that can detect cries for help. But these methods have drawbacks, such as the limited availability of canines and the silence of unconscious victims.

Devices that detect a human chemical signature, which includes molecules that are exhaled or that waft off the skin, are promising. But so far, these devices are too bulky and expensive for wide implementation, and they can miss signals that are present at low concentrations. So, Sotiris E. Pratsinis and colleagues wanted to develop an affordable, compact sensor array to detect even the most faint signs of life.

The researchers built their palm-sized sensor array from three existing gas sensors, each tailored to detect a specific chemical emitted by breath or skin: acetone, ammonia or isoprene. They also included two commercially available sensors for detecting humidity and CO2. In a human entrapment simulation, the sensors rapidly detected tiny amounts of these chemicals, at levels unprecedented for portable detectors--down to three parts per billion. The next step is to test the sensor array in the field under conditions similar to those expected in the aftermath of a calamity.