"Terms such as climate migrants and climate wars have increasingly been used to describe displacement and conflict, however these terms imply that climate change is the main cause. Our research suggests that socio-political factors are the primary cause while climate change is a threat multiplier," said Professor Mark Maslin (UCL Geography). 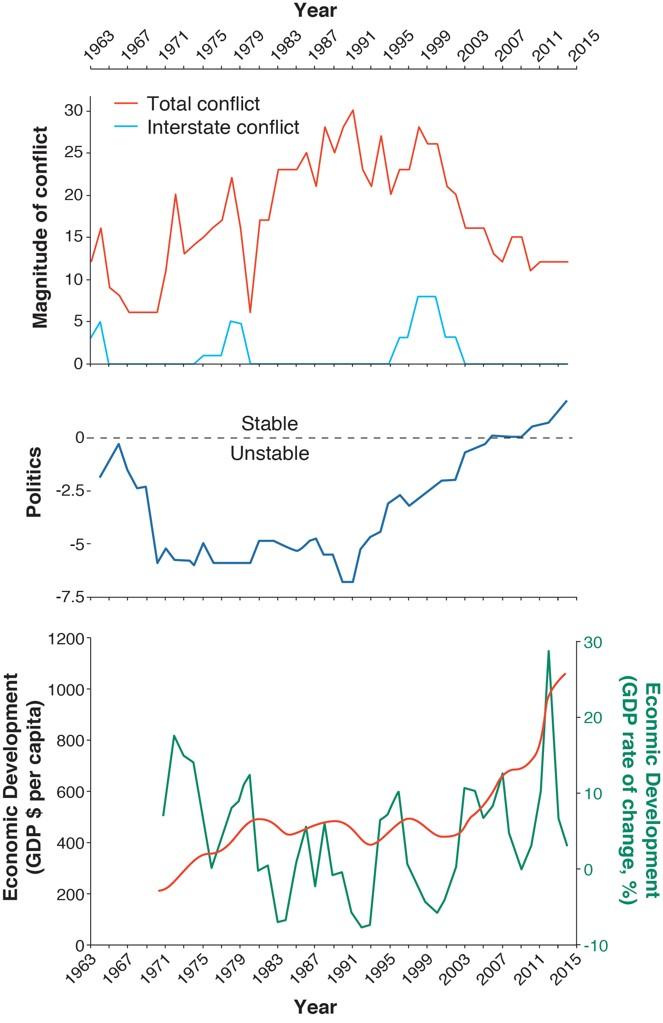 
The study, published in Palgrave Communications, found that climate variations such as regional drought and global temperature played little part in the causation of conflict and displacement of people in East Africa over the last 50 years.

However the study found that variations in refugee numbers, people forced to cross international borders, are significantly linked to the incidence of severe regional droughts as well as political instability, rapid population growth and low economic growth.

The UN Refugee Agency report there were over 20 million displaced people in Africa in 2016 - a third of the world's total. There has been considerable debate as to whether climate change will exacerbate this situation in the future by increasing conflict and triggering displacement of people.

This new study suggests that stable effective governance, sustained economic growth and reduced population growth are essential if conflict and forced displacement of people are to be reduced in Africa, which will be severally affected by climate change.

A new composite conflict and displacement database was used to identify major episodes of political violence and number of displaced people at country level, for the last 50 years. These were compared to past global temperatures, the Palmer Drought Index, and data for the 10 East African countries represented in the study on population size, population growth, GDP per capita, rate of change of GDP per capita, life expectancy and political stability. 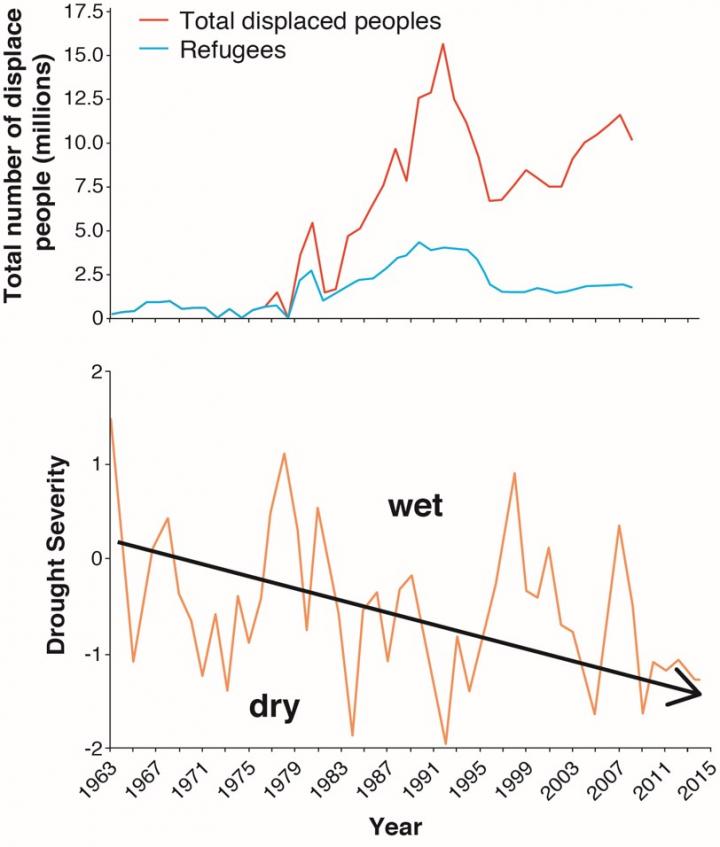 The data were then analysed together using optimization regression modelling to identify whether climate change between 1963 and 2014 impacted the risk of conflict and displacement of people in East Africa.

The findings suggest that about 80% of conflict throughout the period can be explained by population growth that occurred 10 years ago, political stability that occurred three years ago and economic growth within the same year.

For total displacement of people, the modelling suggests that 70% can be predicted by population growth and economic growth from 10 years before.

While for refugees, 90% can be explained by severe droughts that occurred one year ago, population growth that occurred 10 years ago, economic growth one year ago, and political stability two years ago. This correlates with an increase in refugees in the 1980s during a period of major droughts across East Africa.

"The question remains as to whether drought would have exacerbated the refugee situation in East Africa had there been slower expansion of population, positive economic growth and more stable political regimes in the region," said Erin Owain, first author of the study.

"Our research suggests that the fundamental cause of conflict and displacement of large numbers of people is the failure of political systems to support and protect their people", concluded Professor Maslin.

The research was funded by the Natural Environmental Research Council and the Royal Society.

Citation:  'Addressing the relative contribution of economic, political and environmental factors on past conflict and displacement of people in Africa'Owain, L.E., Maslin, A.M., Palgrave Communications   http://www.nature.com/articles/s41599-018-0096-6