Human activities reduce biodiversity but may also drive diversification by modifying selection. "Urbanization can drive rapid, adaptive evolutionary responses to disturbance, and that these responses may vary unpredictably in different species," say scientists.

A North Carolina State University study examining the effects of urbanization on the evolution of fish body shape produced both expected and surprising results: One fish species became more sleek in response to urbanization, while another species became deeper bodied in urban area.

Urban creek chub like the one pictured above have deeper bodies and are less streamlined than rural counterparts. 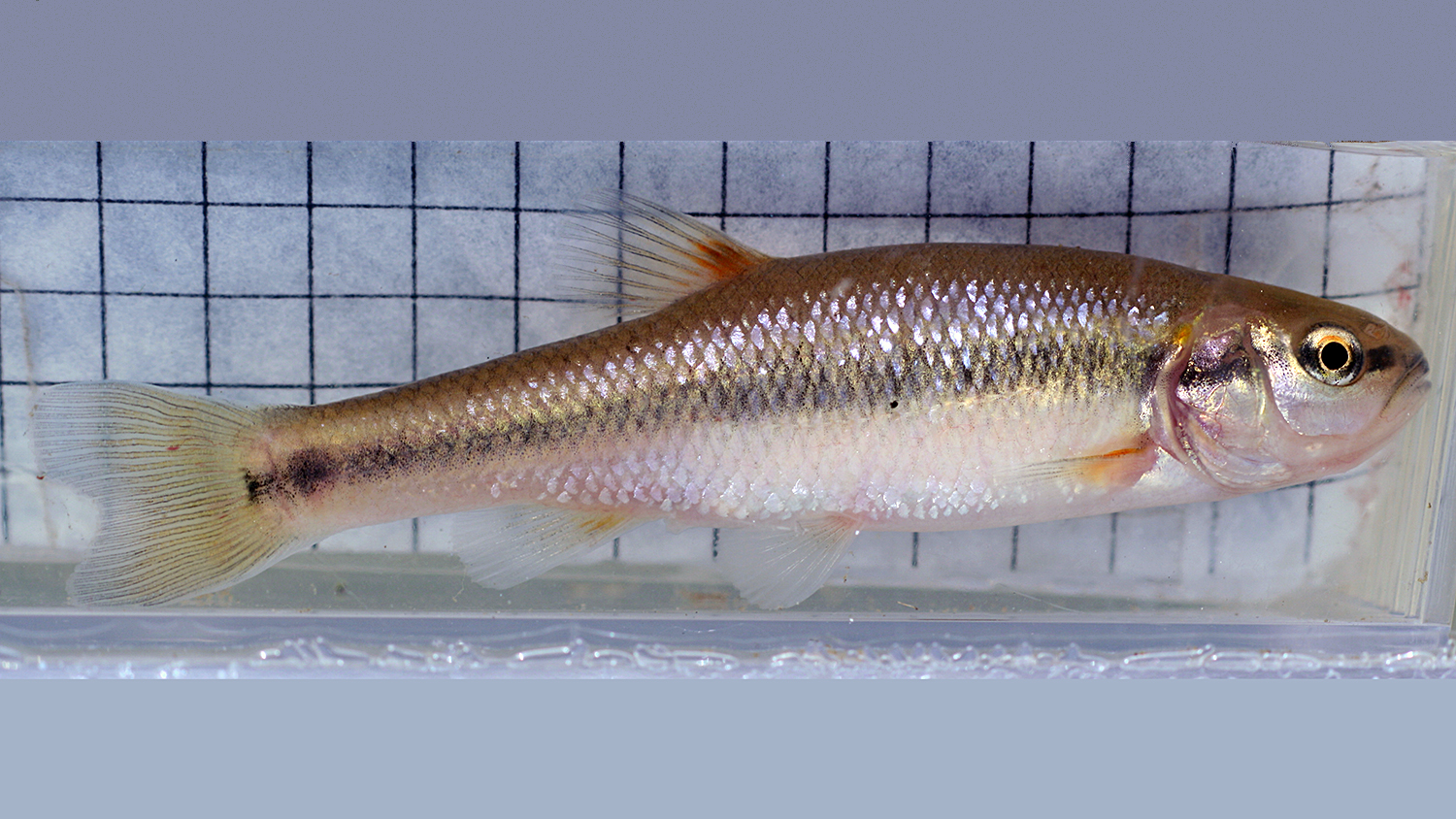 
"We wanted to test rapid body shape evolution in western and central North Carolina stream fish in response to urbanization," said Brian Langerhans, associate professor of biology at NC State and senior author of a paper describing the research. "While some species cannot handle the altered conditions and have disappeared or reduced in abundance, some remaining species may rapidly evolve adaptive trait changes to contend with the human-induced changes in their environment."

The study combined fieldwork in streams to document contemporary patterns across different fish species and regions in North Carolina; examination of museum specimens to track changes in fish body shape over time; and lab experiments to understand whether nature or nurture affect fish body shape changes.

Yet the study also showed that a minnow cousin, the creek chub (Semotilus atromaculatus), actually became less sleek in more urbanized areas. Creek chub in rural areas remained at baseline shape, while those living in streams surrounded by large amounts of impervious surfaces like roads and sidewalks developed deeper bodies.

"One species showed morphological changes that nicely matched evolutionary predictions of increased streamlining to better handle the altered conditions, but the other species showed a change that did not match our simple prediction, highlighting how different species can solve similar problems in different manners," Langerhans said.

"Human activities are having real-time evolutionary impacts on the organisms capable of living in our human-dominated environments; some of these changes may be predictable and some may be difficult to predict," Langerhans said.