Have you been having trouble sleeping as you have gotten older?

New research has identified the way age impairs the ability of the circadian clock in mammals to re-set itself when exposed to light, resulting in disruption to sleeping patterns and consequent threats to wellbeing.

Researchers, led by a University of Kent neurophysiologist, found that aging results in a significant reduction in sensitivity to light in the part of the brain that controls circadian rhythms, known as the suprachiasmatic nucleus (SCN).

The breakthrough could help target treatments that aim to improve both physiological and behavioural circadian clock ‘re-setting’ in older people. 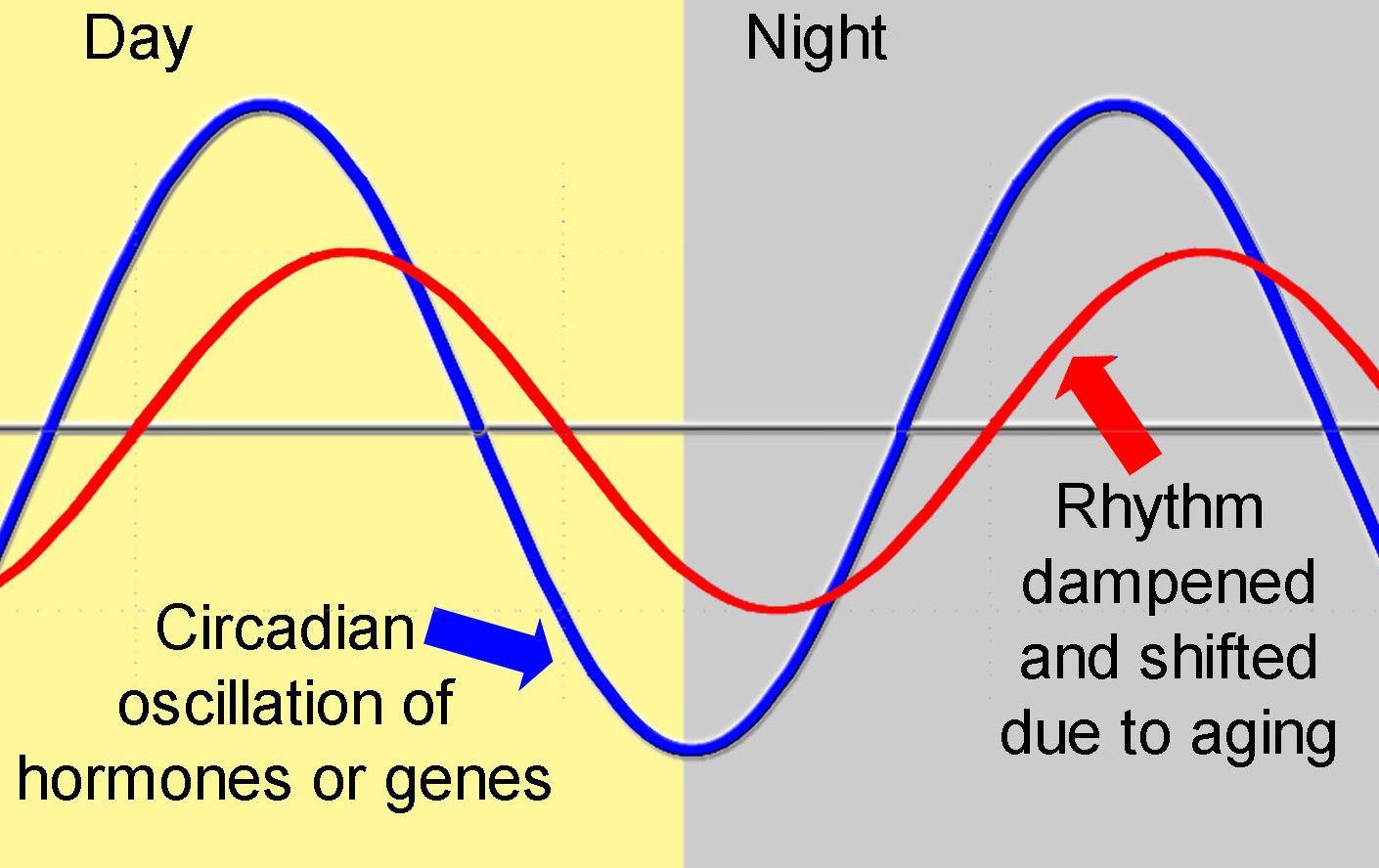 Dr Gurprit Lall, of the University’s Medway School of Pharmacy, and the other members of the research team explored alterations in one of the pathways in the part of the brain controlling circadian rhythms. They found that a glutamate receptor (NMDA), used to transmit light information, became less effective in resetting the circadian clock as part of the aging process.

This structural change in the glutamate receptor was responsible for the decline in light response observed. A subunit of the NMDA receptor exhibited a marked decrease in presence among older mammal, indicating an age-associated change in structural configuration.

The study concluded that the aging SCN suffers from a structural reorganisation of its light receiving components; which ultimately impair its function in setting and maintaining a stable circadian rhythm.

The research paper, entitled Alterations in glutamatergic signalling contribute to the decline of circadian photoentrainment in aged mice (Biello et al), is published in the journal Neurobiology of Aging.

The Medway School of Pharmacy is a collaboration between Kent and the University of Greenwich.