Scientists have demonstrated for the first time how ‘twisted’ sound waves from a rotating source can produce negative frequencies - akin to turning back time.

A team of international researchers, including physicists from the University of Exeter, have built a system capable of reversing the angular momentum of a sound wave by observing it from a rotating frame.

The study, which also includes scientists from the Universities of Glasgow and Illinois Wesleyan in the US, is published in journal Proceedings of the National Academy of Science.

The Doppler effect is a familiar phenomenon to anyone who has observed an ambulance pass by while sounding its siren.

When sound waves do the twist 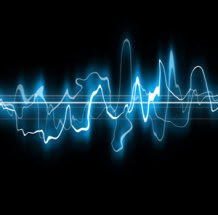 Professor Miles Padgett, the University of Glasgow’s Kelvin Chair of Natural Philosophy, said: “We’ve known for a while now that strange things occur when the hypothetical observer chases after the sound emitted from an ambulance siren at supersonic speeds and creates what we might be called a ‘negative’ frequency.

“At those velocities, the observer would hear the sound of the siren backwards, because the observer is now moving faster than the sound they are hearing – the most recent sound it makes will reach the observer ahead of those it made in the past, the opposite of how sound travels at subsonic speeds.”

Whether supersonic or subsonic, what the hypothetical ambulance-watcher is observing is more properly known as the linear Doppler effect, where the sound waves are travelling in a straight line as motion occurs between object and observer.

In 1981, a chemist named Bruce Garetz first demonstrated the rotational Doppler effect, where frequency shifts occur when electromagnetic waves (in this case light waves) move in a circle around a single fixed point. Unlike linear Doppler shifts, rotational Doppler shifts have not been shown to generate negative frequencies, since there is no motion between the object and observer.

In previous research, Glasgow researchers have explored how the rotational Doppler shift is affected when light’s electric and magnetic fields are given a corkscrew-style ‘twist’ – a property known as the orbital angular momentum, or ‘OAM’. Their work showed that the OAM of laser light is Doppler-shifted when it hits a rotating reflective surface, and carries information about the surface’s rate of rotation.

In their new research, they chose to explore how the OAM of sound waves is affected by rotation. To do so, they arranged 16 loudspeakers into a circle, facing two microphones mounted on a rotating ring. By arranging the microphones very slightly offset from each other, they could measure the magnitude and directional OAM of acoustic waves from the loudspeakers as the rotating ring span.

Dr Dave Phillips, of the University of Exeter, added: “It’s a very interesting finding, with potential applications in a range of scientific disciplines including general relativity. We’re keen to continue exploring the implications of the findings in the future.”

Dr Graham Gibson of the University of Glasgow’s School of Physics and Astronomy, a primary author of the paper, added: “We found that we could indeed generate negative rotational Doppler-shifted acoustic waves which reversed the wave’s OAM, which is something that has not been demonstrated before – essentially, we could reverse the twist of the acoustic waves.

“Moreover, we could generate those negative frequencies while our microphone ring span at very low, sub-sonic speeds, with a rotation rate of around 25Hz, something that is impossible in linear Doppler shifts.”

The research was supported by funding from the European Research Council, the Royal Academy of Engineering, and the EPSRC Centre for Doctoral Training in Intelligent Sensing and Measurement.


Contacts and sources:
University of Exeter

Citation: ‘Reversal of Orbital Angular Momentum arising from an Extreme Doppler Shift’, is published in Proceedings of the National Academy of Science.
on March 27, 2018