An analysis of 115,000-year-old bone tools discovered in China suggests that the toolmaking techniques mastered by prehistoric humans there were more sophisticated than previously thought.

Marks found on the excavated bone fragments show that humans living in China in the early Late Pleistocene were already familiar with the mechanical properties of bone and knew how to use them to make tools out of carved stone. These humans were neither Neanderthals nor sapiens.

This major find, in which Luc Doyon of UdeM’s Department of Anthropology participated, has just been published in the scientific journal PLOS ONE.

“These artefacts represent the first instance of the use of bone as raw material to modify stone tools found at an East Asian early Late Pleistocene site,”said Doyon. “They’ve been found in the rest of Eurasia, Africa and the Levante, so their discovery in China is an opportunity for us to compare these artifacts on a global scale.

Retoucher on a long bone fragment from a large mammal. 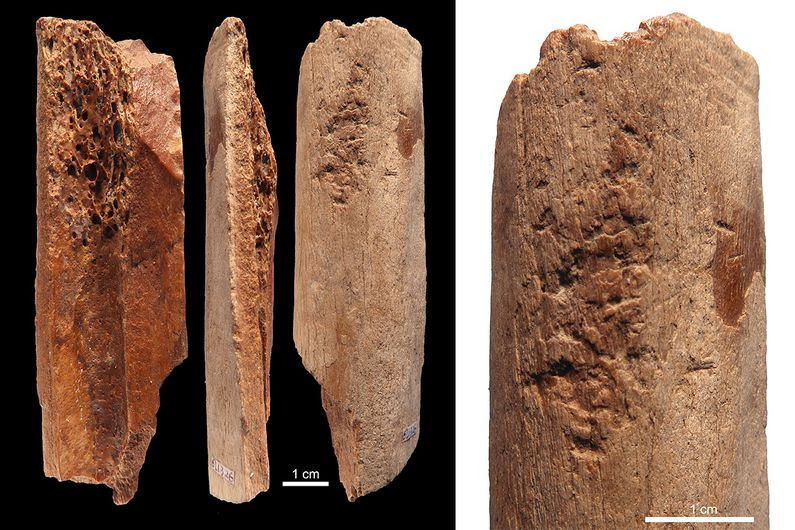 
Until now, the oldest bone tools discovered in China dated back 35,000 years and consisted of assegai (spear) points. “Prior to this discovery, research into the technical behaviour of humans inhabiting China during this period was almost solely based on the study of tools carved from stone," said Doyon.

The seven bone fragments analyzed by Luc Doyon and his colleagues were excavated between 2005 and 2015 at the Lingjing site in central China’s Henan province. The artifacts were found buried at a depth of roughly 10 metres. At the time, the site was being actively used as a water spring for animals. Prehistoric humans likely used these water supply points for killing and butchering their animal prey.

The bone fragments were dated using optically stimulated luminescence (OSL), a method widely used by geologists for dating the sediment layers in which tools are found.

Doyon explained that the researchers identified three types of bone retouchers, known as soft hammers, that were used to modify stone (or lithic) tools. The first type was weathered limb bone fragments, mainly from cervid metapodials, marginally shaped by retouching and intensively used on a single area. The second type was long limb bone flakes resulting from the dismemberment of large mammals, used for quick retouching or resharpening of stone tools. And the third type was a single specimen of an antler of an axis deer that, close to its tip, shows impact scars produced by percussing various lithic blanks. 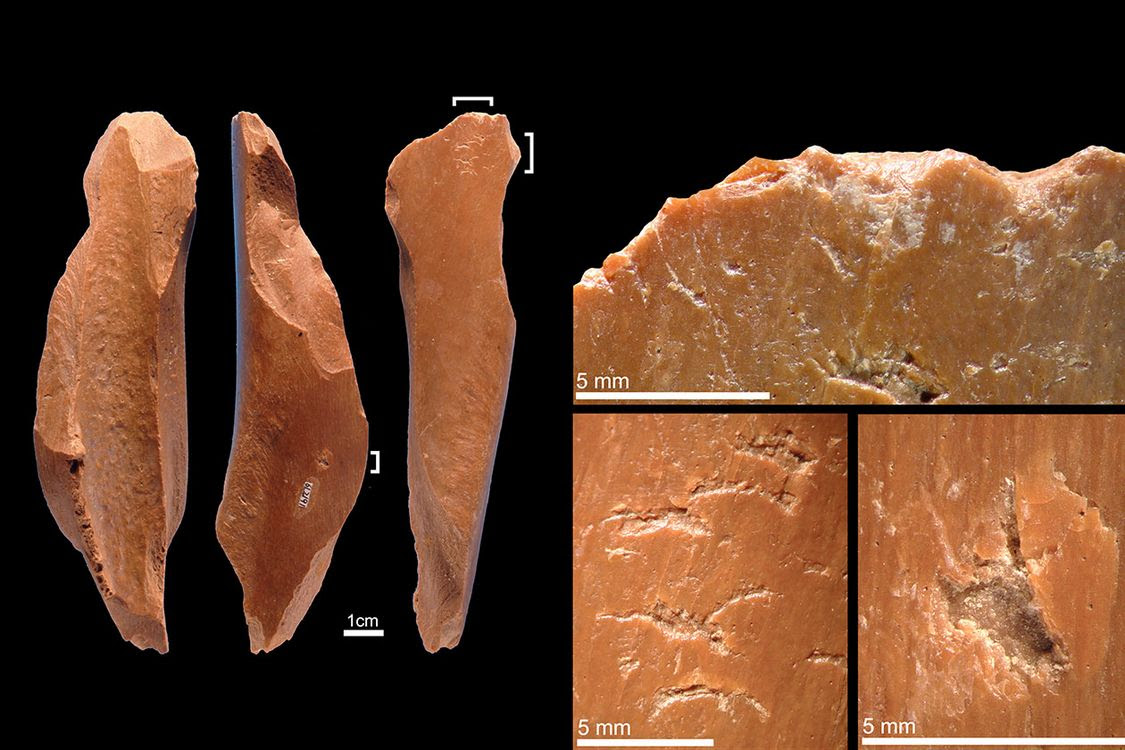 The researchers have not yet determined which hominid species the users of these prehistoric tools belonged to, although they do know that they lived during the same period as Neanderthals and Homo sapiens. “The Lingjing site yielded two incomplete human skulls that suggest interbreeding between this species and Neanderthals,” Doyon said. “But this is a hypothesis that remains to be confirmed through further investigation, such as paleogenetic studies.”

The analyses that led to the identification of the bone tools were conducted by Doyon and his colleagues Francesco d’Errico (Université de Bordeaux), Li Zhanyang (Shandong University) and Li Hao (Chinese Academy of Sciences), at the Henan Provincial Institute for Cultural Relics and Archaeology.

Doyon participated in the project while working on his doctoral thesis on hunting weapons manufactured from osseous materials by the first Homo sapiens inhabiting Europe between 42,000 and 30,000 years ago. Having earned his PhD in anthropology from Université de Montréal in cotutelle with Université de Bordeaux (PhD in prehistory) in September 2017, Doyon will now pursue a postdoctoral fellowship at Shandong University to conduct further analyses on the bone tools discovered at the Lingjing site.

“We only had access to a small sample, because the initial aim of the project was to study the anthropogenic nature of the modifications present on other bone fragments, and this project is still ongoing,” he said. “The osseous artifacts excavated from this site were exceptionally well-preserved and the systematic analysis of all the bone assemblages during my upcoming postdoctoral research is certain to yield more exciting discoveries.”

Visit to the site in 2016 by the article’s co-authors: Li Zhanyang, Francesco d’Errico, Li Hao and Luc Doyon. 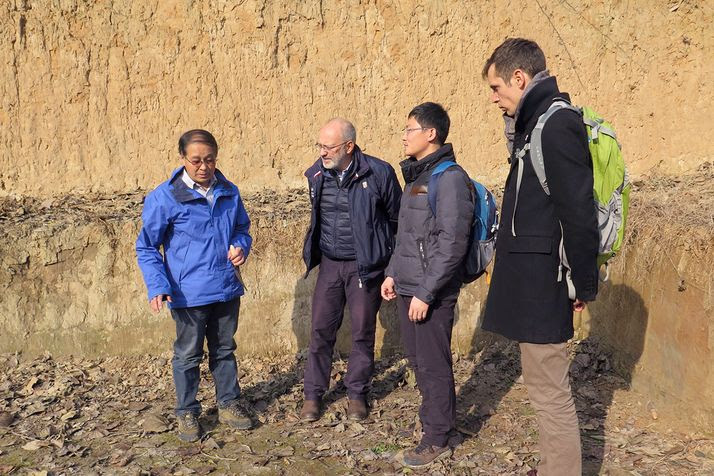