The Sahara Desert has expanded by about 10 percent since 1920, according to a new study by National Science Foundation (NSF)-funded scientists at the University of Maryland (UMD).

The research is the first to assess century-scale changes to the boundaries of the world's largest desert. It suggests that other deserts could be expanding as well. The study is published today in the Journal of Climate.

"The trends in Africa of hot summers getting hotter and rainy seasons drying out are linked with factors that include increasing greenhouse gases and aerosols in the atmosphere," says Ming Cai, a program director in NSF's Division of Atmospheric and Geospace Sciences, which funded the research. "These trends have a devastating effect on the lives of African people, who depend on agriculture-based economies."

Satellite image showing the Sahara Desert (beige) and savannas to the south (green). 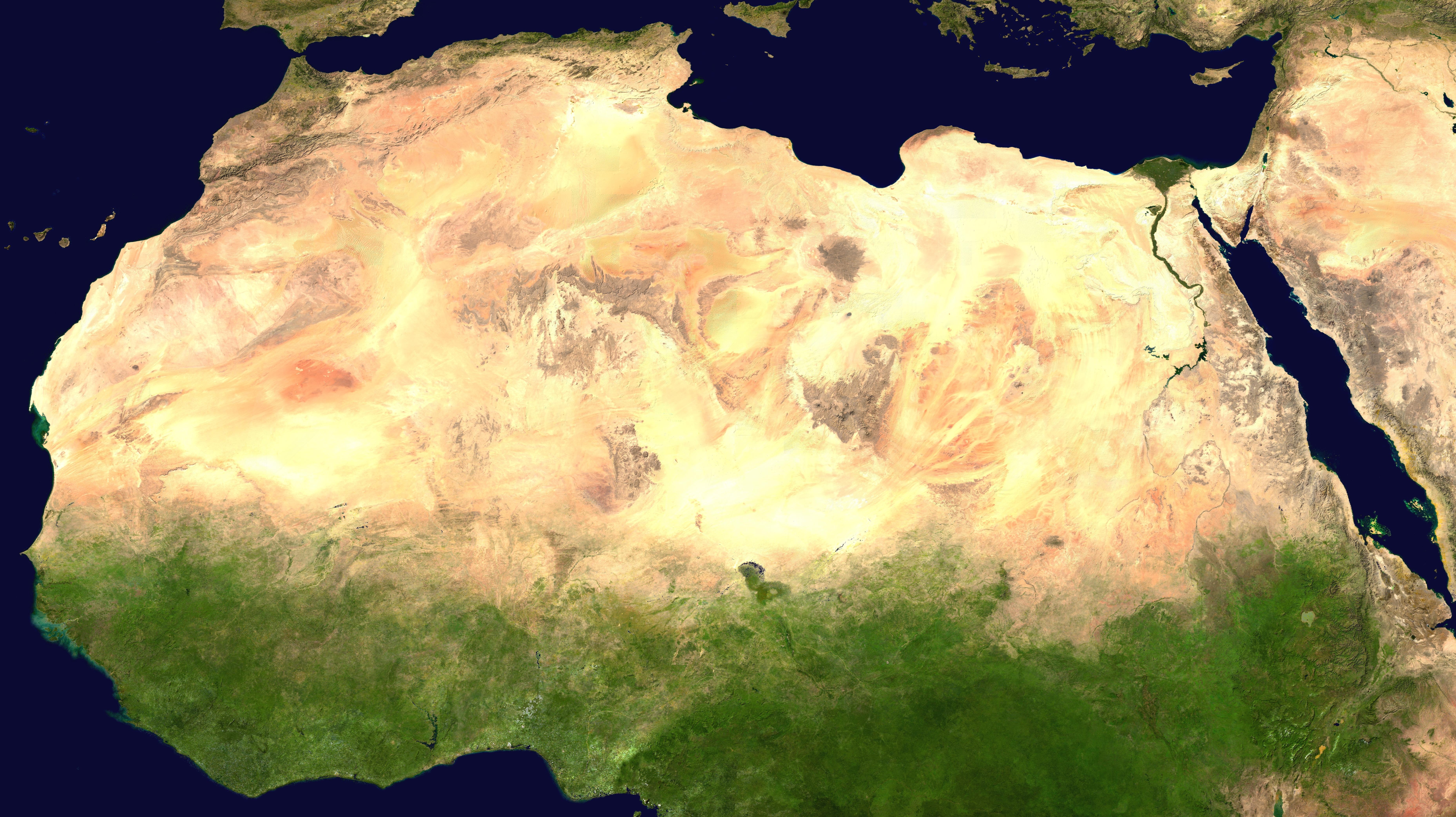 Deserts are defined by low average annual rainfall -- usually 100 millimeters (less than 4 inches) of rain per year or less. The researchers analyzed annual rainfall data recorded throughout Africa from 1920 to 2013 and found that the Sahara, which occupies much of the northern part of the continent, expanded by 10 percent during this period.

When the scientists looked at seasonal trends over the same period, the most notable expansion of the Sahara occurred in summer, resulting in a nearly 16 percent increase in the desert's average area over the 93-year span covered by the study. 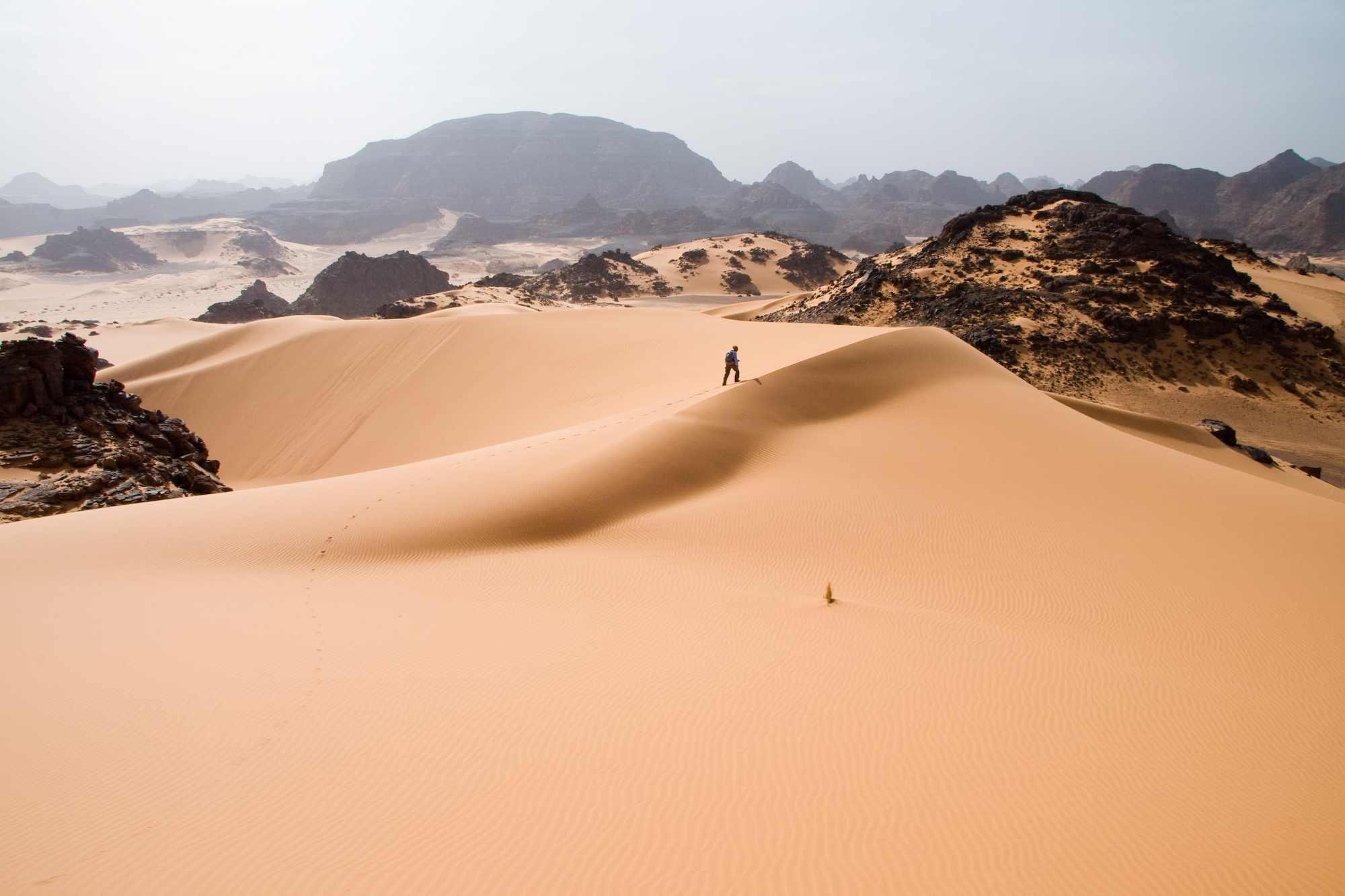 "Our results are specific to the Sahara, but they likely have implications for the world's other deserts," said Sumant Nigam, an atmospheric and ocean scientist at UMD, and the senior author of the study.

The results suggest that human-caused climate change, as well as natural climate cycles, caused the desert's expansion. The geographic pattern of expansion varied from season to season, with the largest differences along the Sahara's northern and southern boundaries.

The Sahara is the world's largest warm-weather desert, roughly equal in size to the contiguous United States.

A seemingly endless sea of sand, the Sahara stretches to the horizon. 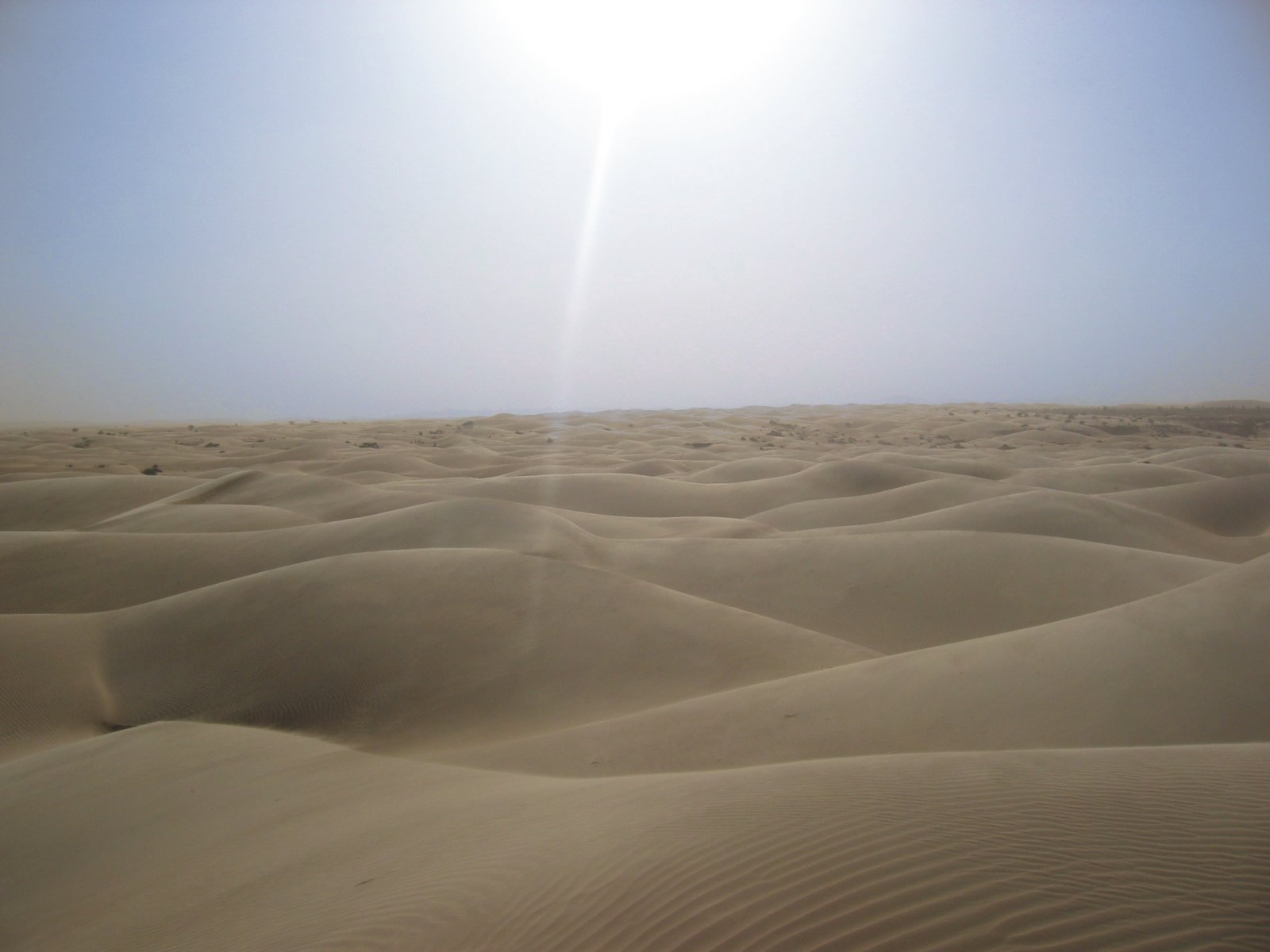 Like all deserts, the boundaries of the Sahara fluctuate with the seasons, expanding in the dry winter and contracting during the wetter summer.

The southern border of the Sahara adjoins the Sahel, the semi-arid transition zone that lies between the Sahara and fertile savannas farther south.

The Sahara expands as the Sahel retreats, disrupting the region's fragile savanna ecosystems and human societies. Lake Chad, which sits at the center of this transition zone, serves as a bellwether for changing conditions in the Sahel.

"The entire Chad Basin falls in the region where the Sahara has crept southward, and the lake is drying out," Nigam explained. "It's a very visible footprint of reduced rainfall not just locally, but across the whole region. It's an indicator of declining water in the Chad Basin."

Natural climate cycles can affect rainfall in the Sahara and the Sahel. The researchers concluded that these climate cycles accounted for about two-thirds of the total expansion of the Sahara.

The remaining one-third can be attributed to human-caused climate change, but the authors note that longer climate records that extend across several climate cycles are needed to reach definitive conclusions. 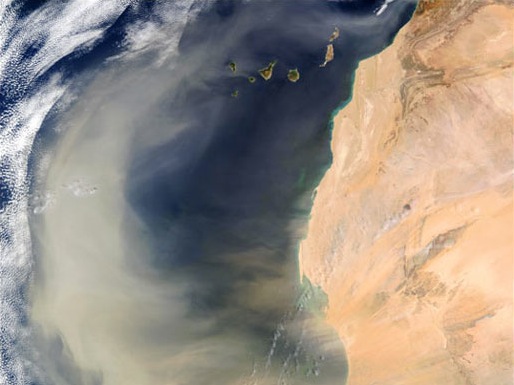 "Many previous studies have documented trends in rainfall in the Sahara and Sahel, but our study is unique in that we use these trends to infer changes in the desert expanse on a century timescale," said researcher Natalie Thomas of UMD, lead author of the paper.

The results have far-reaching implications for the future of the Sahara and other subtropical deserts. As the world's population continues to grow, a reduction in land with adequate rainfall to support crops could have devastating consequences.

"Our priority was to document long-term trends in rainfall and temperature in the Sahara," said Thomas. "Our next step will be to look at what's driving these trends, for the Sahara and elsewhere.