Researchers at the Max Planck Institute for Evolutionary Anthropology in Leipzig, Germany have sequenced the genomes of five Neanderthals that lived between 39,000 and 47,000 years ago, thereby learning about some of the last remaining Neanderthals in Eurasia. These late Neanderthals are all more closely related to the Neanderthals that contributed DNA to modern human ancestors than an older Neanderthal from the Altai Mountains that was previously sequenced. Their genomes also provide evidence for a turnover in the Neanderthal population towards the end of Neanderthal history.

Upper molar of a male Neandertal from Spy, Belgium. 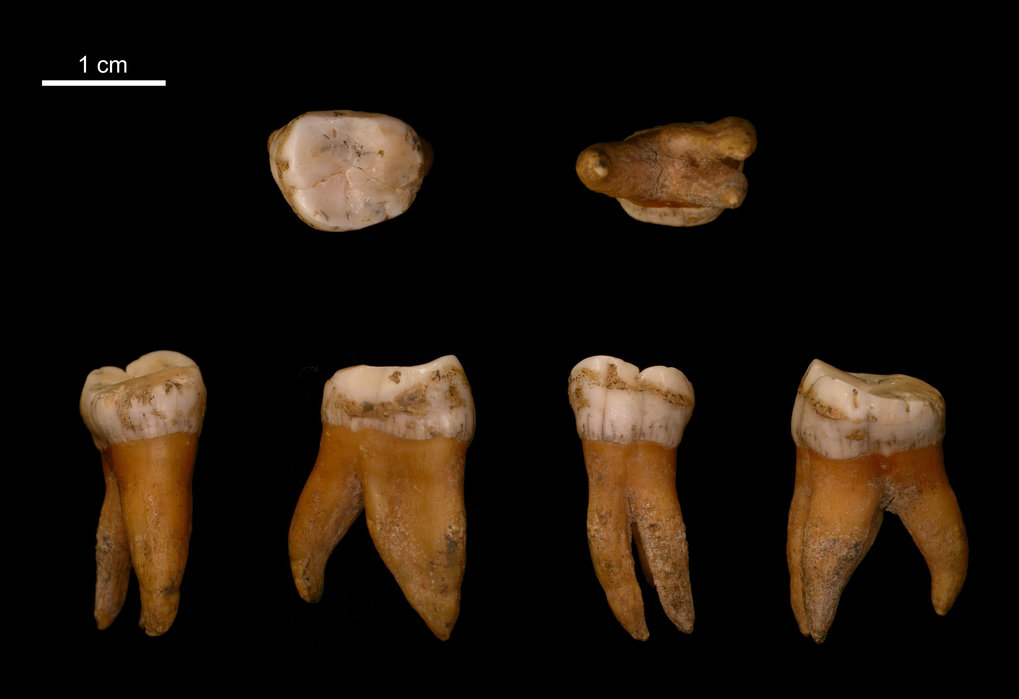 Due to the limited number of specimens and difficulties in obtaining endogenous DNA from such old material, the number of Neandertals for which nuclear genomes have been sequenced is still limited. Since 2010 whole genome sequences have been generated for four Neandertals from Croatia, Siberia and the Russian Caucasus. This study adds five new genomes representing Neandertals from a wider geographic range and from a later time period than what was previously obtained.

New methods for the removal of contaminating DNA from microbes and present-day humans that were developed by the Leipzig group have now enabled the researchers to sequence the genomes of five Neanderthals from Belgium, France, Croatia, and Russia that are between 39,000 and 47,000 years old. These therefore represent some the latest surviving Neanderthals in Europe.

Inside of the Vindija cave, Croatia

Having genomes from multiple Neanderthals allows the researchers to begin to reconstruct Neandertal population history. “We see that the genetic similarity between these Neanderthals is well-correlated with their geographical location. By comparing these genomes to the genome of an older Neandertal from the Caucasus we show that Neanderthal populations seem to have moved and replaced each other towards the end of their history”, says first author, Mateja Hajdinjak.

Bone fragment of a female Neandertal from the Vindija Cave, Croatia

“Our work demonstrates that the generation of genome sequences from a large number of archaic human individuals is now technically feasible, and opens the possibility to study Neandertal populations across their temporal and geographical range”, says Janet Kelso, the senior author of the new study.