Superionic Water Solid and Liquid at the Same Time

An original state, both solid and liquid at the same time: this is the latest news on a substance -water- so familiar to everyone but which appears to hold always fresh surprises for scientists.

Its name is "superionic water"; it doesn't exist on Earth but it could be abundant inside certain planets of the solar system such as Uranus and Neptune and on many of the exoplanets of more recent discovery. Its existence has now been experimentally confirmed in a study recently published in Nature Physics. Superionic water was only hypothesized in the 1980s, and had been described for the first time by a group of scientists at SISSA and ICTP, in association with a Max-Planck Institute in Stuttgart. For that study, published in Science in 1999, the scholars used highly refined models of realistic computer simulation.

Superionic water was only hypothesized in the 1980s, and had been described for the first time by a group of scientists at SISSA and ICTP, in association with a Max-Planck Institute in Stuttgart. For that study, published in Science in 1999, the scholars used highly refined models of realistic computer simulation. 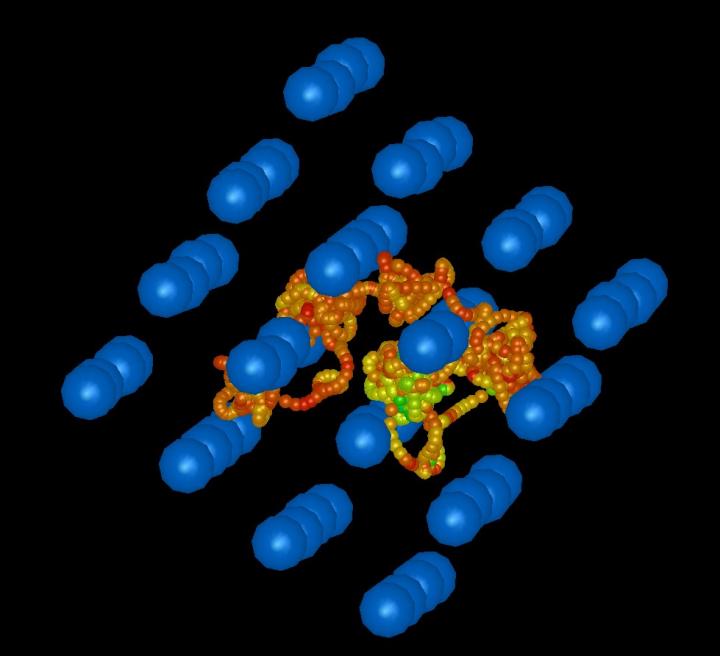 The relevance of the two research studies has also been highlighted by a recent article on The New York Times.

"Almost twenty years ago, in 1999, with our study published in Science, we were the first to confirm the existence of this superionic phase through simulations which were truly advanced at the time," explains Professor Erio Tosatti, one of the authors of that research. "The new experimental result is a further evidence that the theoretical model we defined many years ago was able, despite the then-limited computational resources, to predict very well physical situations which were difficult to reproduce in a laboratory."

Sandro Scandolo, another of the authors of the 1999 publication, confirms. "Thanks to that study, we were able to claim the existence of this superionic state much earlier than the experimental confirmation. It was a real achievement. The evidence has now confirmed that those models work exceptionally well."

What is superionic water?

A water molecule is formed by two hydrogen atoms bonded to an oxygen atom, with a V structure. In the current study, which appeared in Nature Physics, researchers at the Lawrence Livermore National Laboratory and the University of California, Berkeley, have succeeded in recreating the extreme conditions, very high pressure and temperature, in which water is in a particular phase: superionic. Scandolo explains, "It is a very interesting state because it is neither solid nor liquid: the oxygen remains fixed, while the protons are free to flow."

On the one hand, heat weakens the bonds between oxygen and hydrogen; on the other, the high pressure keeps the oxygen blocked in a crystalline alignment, therefore a solid, while the hydrogen atoms, in a liquid form, can move among them. This transforms high pressure water from an insulating ice into a conductor, where electricity is carried by positively charged atoms rather than electrons, obviously negative. "If we were to succeed in recreating this configuration at less prohibitive conditions, we would have an ideal battery, with charges that move freely inside a solid mechanical structure," explains Sandro Scandolo.

The superionic phase was already known for other substances, but not for water. "The study which appeared on Nature Physics is of major importance because it provides for the first time experimental evidence of the existence of a superionic state of water at extreme temperature and pressure conditions. The result was made possible by gigantic developments in this field, also in terms of cutting-edge experimental technologies and facilities built in the United States," Scandolo said.

Things from another world

The question that remains unanswered, say Scandolo and Tosatti, is if water in planets of our solar system such as Uranus and Neptune is in a liquid , solid, or superionic state. The conditions in these planets, in fact, would favour the latter possibility. "It would make a huge difference, because it would affect the convective phenomena in these planets, but also their thermal and mechanical properties, about which we know little. So far, one has to rely on information and models that come from the physics of materials.

This research thus provides additional, interesting elements about the other planets of the solar system and beyond," says Scandolo. The confirmation which arrived with the study in Nature Physics also says more. "It shows that the calculations and the theoretical simulations we develop in this field are not only crucial to predict extreme physical situations like those which we would find at the centre of the earth or other planets, very difficult to reproduce experimentally, but also represent ideal tools to model and search new materials with original and unforeseeable practical applications," Scandolo concludes.