A study, presenting a 5000-year environmental history of the popular tourist destination, Amboseli National Park in Kenya, has shown that the impact of climate change on land is more rapid than previously thought.

Over the period, environmental changes surrounding the savanna and wetlands occur within decades, revealing a dynamic eco-system that is constantly evolving and responding to climate change.

The study suggests that further considerations over how strictly National Park boundaries are managed are needed in order to keep pace with the changing environment.

The team found that the most significant changes occurred over the last 500 years, which were associated with the arrival of Massai people and the ongoing ivory trade.

Environmental changes surrounding the savanna and wetlands occur within decades. 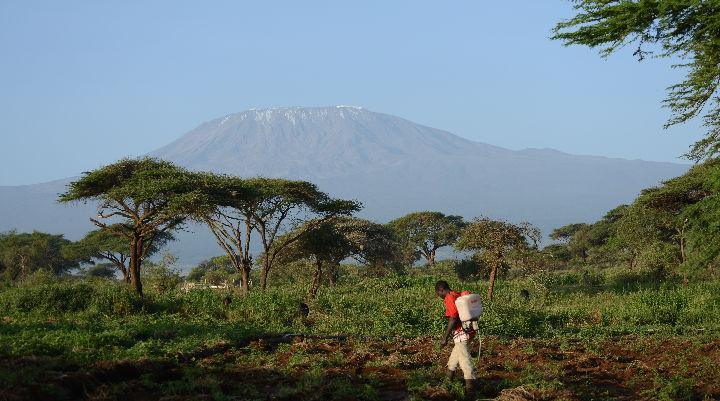 Sediment analysis showed that the Massai people used fire to help cultivate and control the landscape, which altered the vegetation composition and woodland ecosystem over a short space of time.

"Changes are leading to reductions in wildlife habitats and biodiversity loss, so it is important to understand how various environmental factors have interacted in the past, particularly human influences, to get a realistic idea of what the future might look like."

Analysis shows that sparse woodlands and shrubs characterised the landscape 5000 years-ago, and the expansion of wetlands over the years demonstrated the high variability in vegetation as a response to atmospheric climate change. Vegetation changed still further depending on the varying size of the herbivore animal population.

Professor Robert Marchant, co-author from the University's Environment Department, said: "You have to see all of these different climate, animal, and human interactions in one dataset in order to get a realistic sense of how each impacts on the other. By far the biggest impact to the landscape, both in the past and today, is human activity."

Research demonstrates that with the arrival of humans to the area, portions of wetlands, crucial to the survival of a diverse animal population, were turned into agricultural production, utilizing lands that would have been previously unsuitable for sustaining human life.

Today, the Maasai people do not use fires to open the landscape for settlement or control pests affecting their livestock, because the habitats are now suitable for them live and work, as well as being illegal to this part of Africa.

Esther said: "Now that we know how rapidly these changes occurred in the history of this area we can better predict the future. Our project is just one of many around the world looking at land-based climate changes.

"Once we have full datasets from these countries, the aim is to combine the results to get a global picture of what is happening on land. For the savannahs of East Africa this could mean considering how decisions are made about boundary lines around protected lands, given that the ecosystems can change more quickly than previously thought."

The research is published by the Royal Swedish Academy of Sciences.