For the first time, researchers have seen life rebounding in the world's driest desert, demonstrating that it could also be lurking in the soils of Mars.

Scientists have long wondered whether microbes in the soil of this hyperarid environment, the most similar place on Earth to the Martian surface, are permanent residents or merely dying vestiges of life, blown in by the weather.

The hyperarid core of the Atacama Desert. 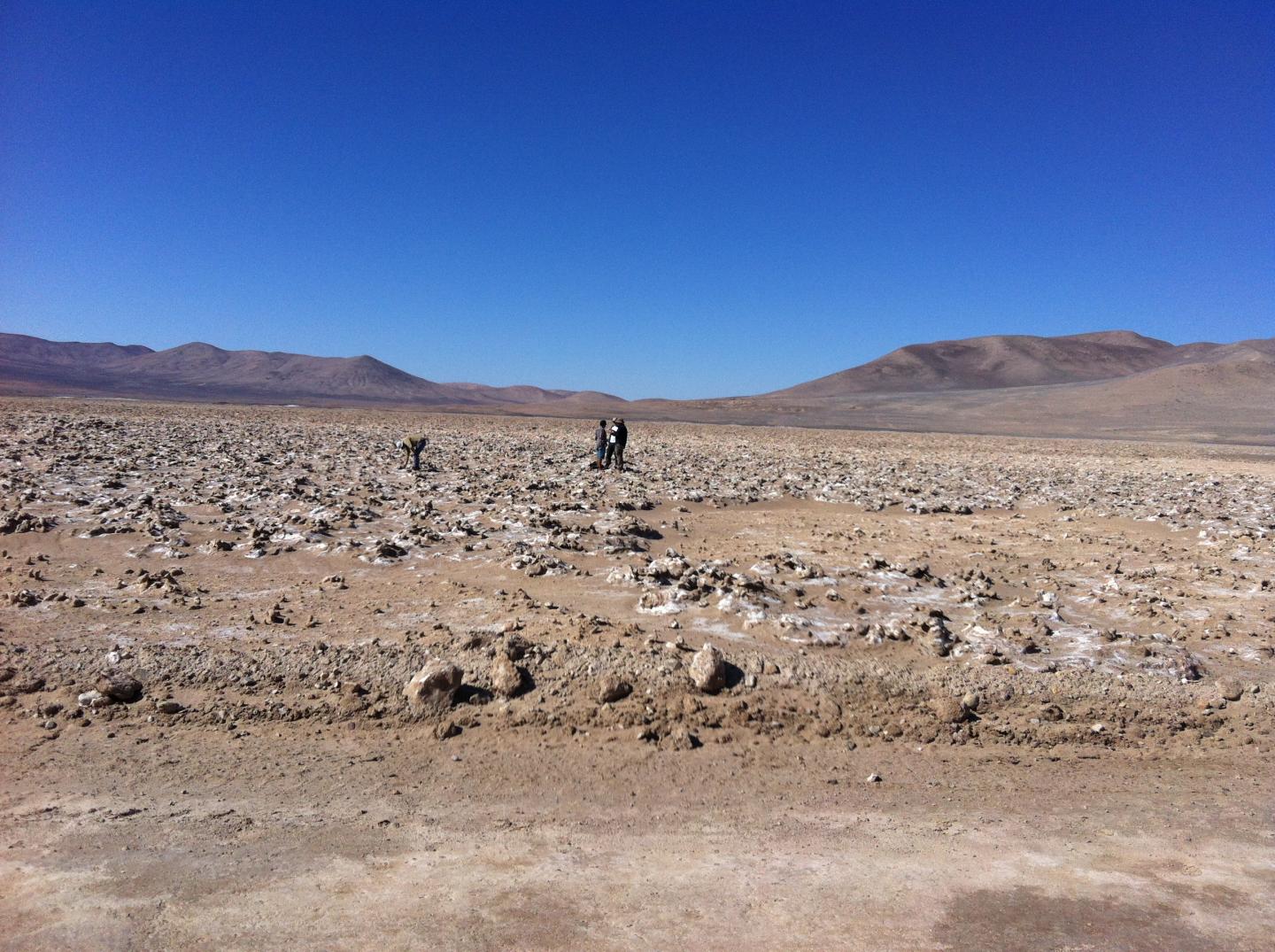 In a new study published in the Proceedings of the National Academy of Sciences, Schulze-Makuch and his collaborators reveal that even the hyper-arid Atacama Desert can provide a habitable environment for microorganisms.

The researchers found that specialized bacteria are able to live in the soil, going dormant for decades, without water and then reactivating and reproducing when it rains.

"It has always fascinated me to go to the places where people don't think anything could possibly survive and discover that life has somehow found a way to make it work," Schulze-Makuch said. "Jurassic Park references aside, our research tell us that if life can persist in Earth's driest environment there is a good chance it could be hanging in there on Mars in a similar fashion."

The dry limit of life

When Schulze-Makuch and his collaborators went to the Atacama for the first time in 2015 to study how organisms survive in the soil of Earth's driest environment, the craziest of things happened.

After the extremely rare shower, the researchers detected an explosion of biological activity in the Atacama soil.

They used sterilized spoons and other delicate instrumentation to scoop soil samples from various depths and then performed genomic analyses to identify the different microbial communities that were reproducing in the samples. The researchers found several indigenous species of microbial life that had adapted to live in the harsh environment.

The researchers returned to the Atacama in 2016 and 2017 to follow up on their initial sampling and found that the same microbial communities in the soil were gradually reverting to a dormant state as the moisture went away.


Another view of the  hyperarid core of the Atacama Desert. 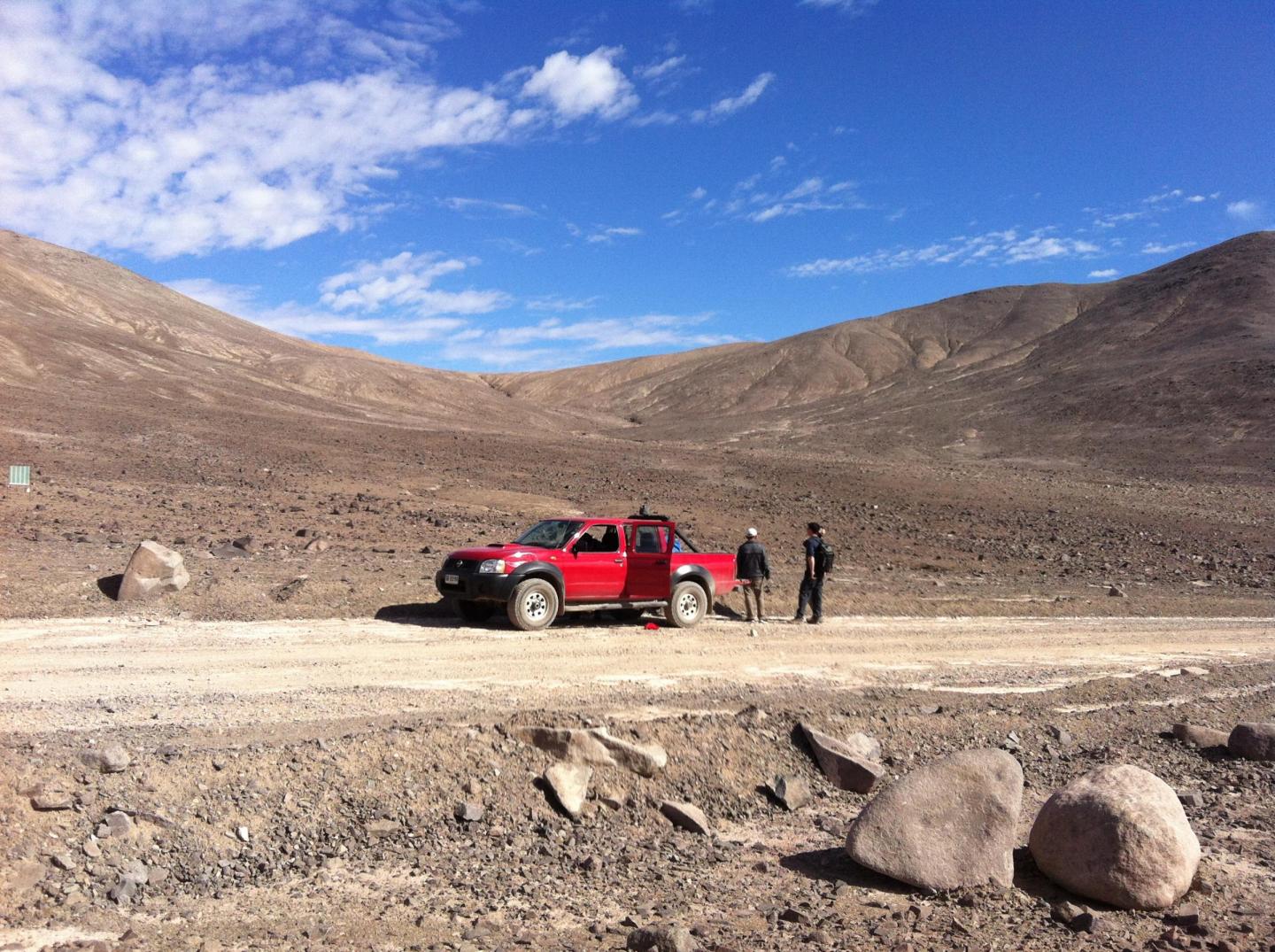 "In the past researchers have found dying organisms near the surface and remnants of DNA but this is really the first time that anyone has been able to identify a persistent form of life living in the soil of the Atacama Desert," Schulze-Makuch said. "We believe these microbial communities can lay dormant for hundreds or even thousands of years in conditions very similar to what you would find on a planet like Mars and then come back to life when it rains."

Implications for life on Mars

While life in the driest regions of Earth is tough, the Martian surface is an even harsher environment.

It is akin to a drier and much colder version of the Atacama Desert. However it wasn't always this way.

Billions of years ago, Mars had small oceans and lakes where early lifeforms may have thrived. As the planet dried up and grew colder, these organisms could have evolved many of the adaptations lifeforms in the Atacama soil use to survive on Earth, Schulze-Makuch said.

"We know there is water frozen in the Martian soil and recent research strongly suggests nightly snowfalls and other increased moisture events near the surface," he said. "If life ever evolved on Mars, our research suggests it could have found a subsurface niche beneath today's severely hyper-arid surface."

On March 15, Schulze-Makuch is returning to the Atacama for two weeks to investigate how the Atacama's native inhabitants have adapted to survive. He said his research team also would like to look for lifeforms in the Don Juan Pond in Antarctica, a very shallow lake that is so salty it remains liquid even at temperatures as low as -58 degrees Fahrenheit.

"There are only a few places left on Earth to go looking for new lifeforms that survive in the kind of environments you would find on Mars," Schulze-Makuch said. "Our goal is to understand how they are able to do it so we will know what to look for on the Martian surface."