Pioneering research into the family tree of today's horses sheds new light on the origins of the species.

The earliest known domesticated horses are not at the root of today's modern breed's family tree, as had previously been thought, new research has shown.

It had been suggested that that Botai horses, from Kazakhstan, were the progenitors of all modern domesticated breeds found worldwide.

However, a pivotal international study has drawn on groundbreaking genetic and archaeological evidence to show that the Botai didn't give rise to today's equines, but are instead themselves ancestors of the 'wild' Przewalksi horses, native to the neighbouring Mongolian region.

This is a recreation of a Przewalski's horse bred with leopard coloring. 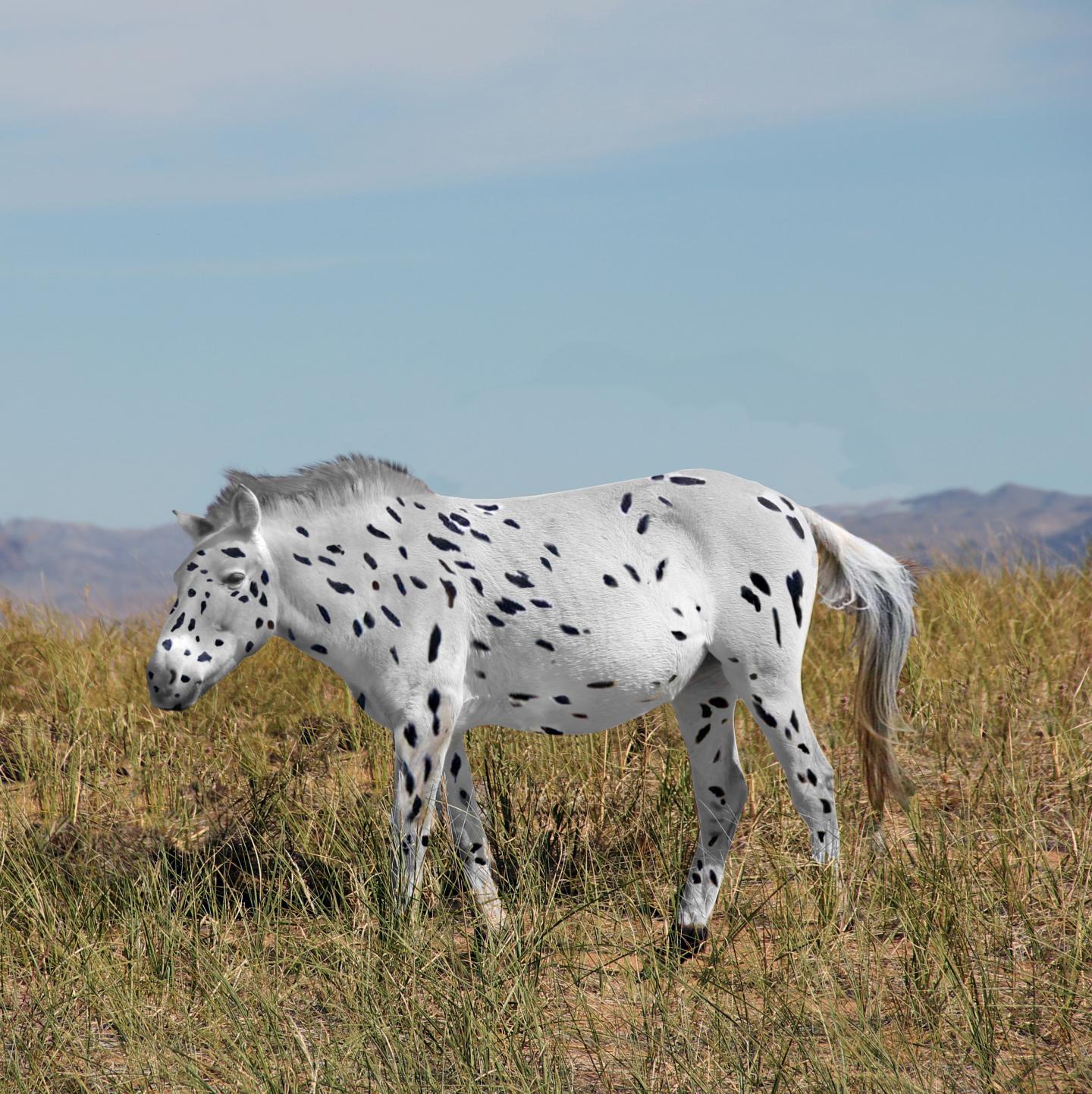 The study, led by Professor Ludovic Orlando from the French National Center for Scientific Research with Professor Alan Outram from the University of Exeter, also indicates that there are no surviving purely wild horses.

The pioneering study is published in the respected journal Science, on Thursday, February 22 2018.

Professor Orlando, Professor of Molecular Archaeology at the University of Copenhagen, Denmark and Research Director at the CNRS, University of Toulouse, France, said: "Our findings literally turn current population models of horse origins upside-down: what we used to understand as the last wild horse on earth is in fact the descendant of the earliest domestic horses, which simply escaped human pressure and became feral during the last few millennia."

For the study, the research team examined the genes of 88 ancient and modern horses from a range of eras and locations across Eurasia. The analysis found that many of the earliest Przewalski's horses had white, spotty Dalmatian-style coats. These horses once roamed freely along the Mongolian-China border and have recently been reintroduced to the region after having been saved from extinction in captivity. Thousands of years ago a surprisingly large number were bred to have the Dalmation-style colouring, possibly because it looked attractive.

This is a modern Przewalksi horse. 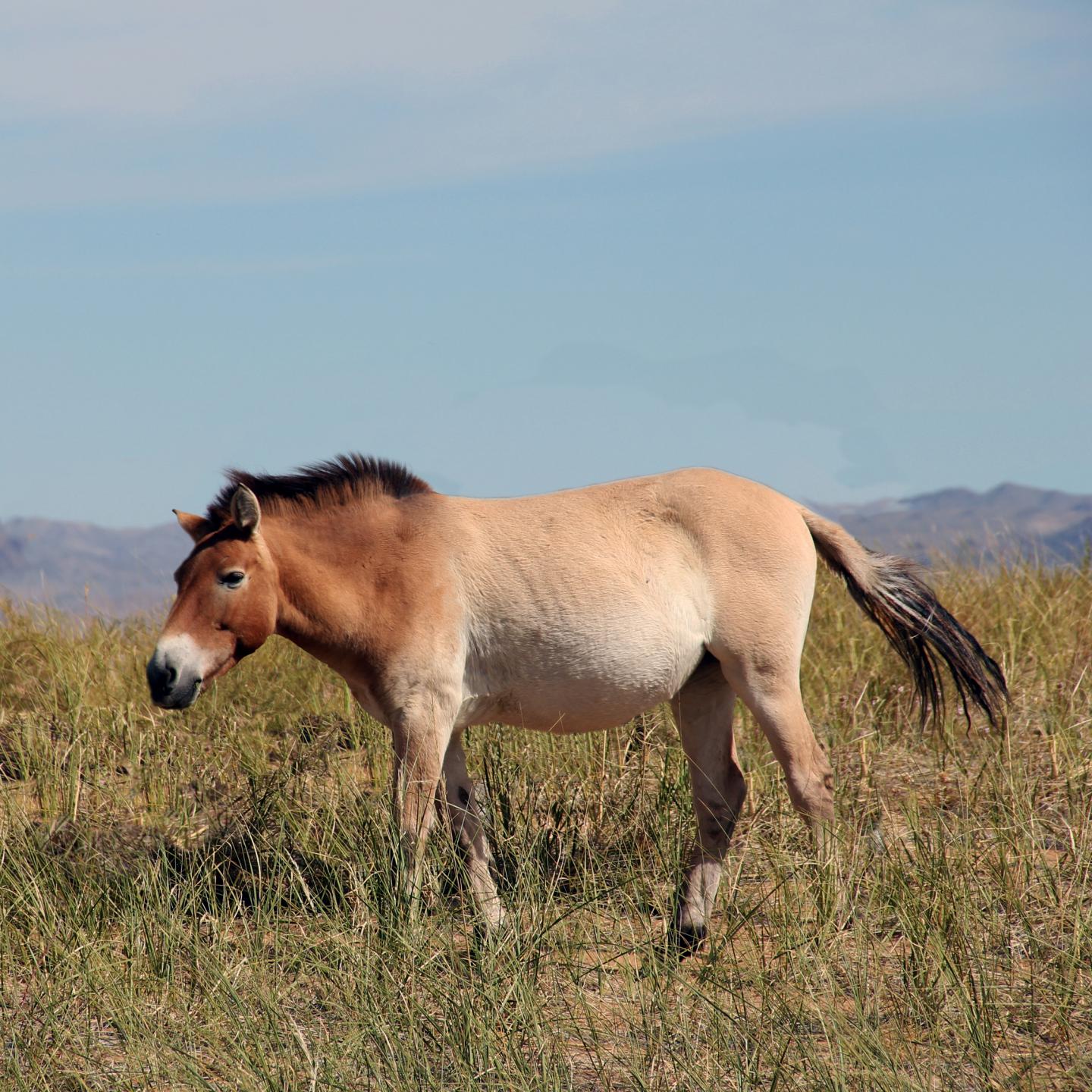 Charleen Gaunitz, one of the two PhD students in Professor Orlando's team, who carried out the experimental work for the study, said: "Ironically, we used to think that the endangered population of Przewalski's horses should be preserved as the last wild horses in the planet. We now find that they must be preserved as the closest descent of the earliest domestic horses."

Professor Alan Outram and Professor Victor Zaibert carried out archaeological excavations on the Botai Culture for decades and have found communities living there thousands of years ago had horses who wore bits and were harnessed. They also milked their horses and ate horse meat.

New excavations carried out as part of this study shows Botai people built corrals to keep horses in numbers, close to their habitations.

This is an archaeological dig in Kazakhstan. 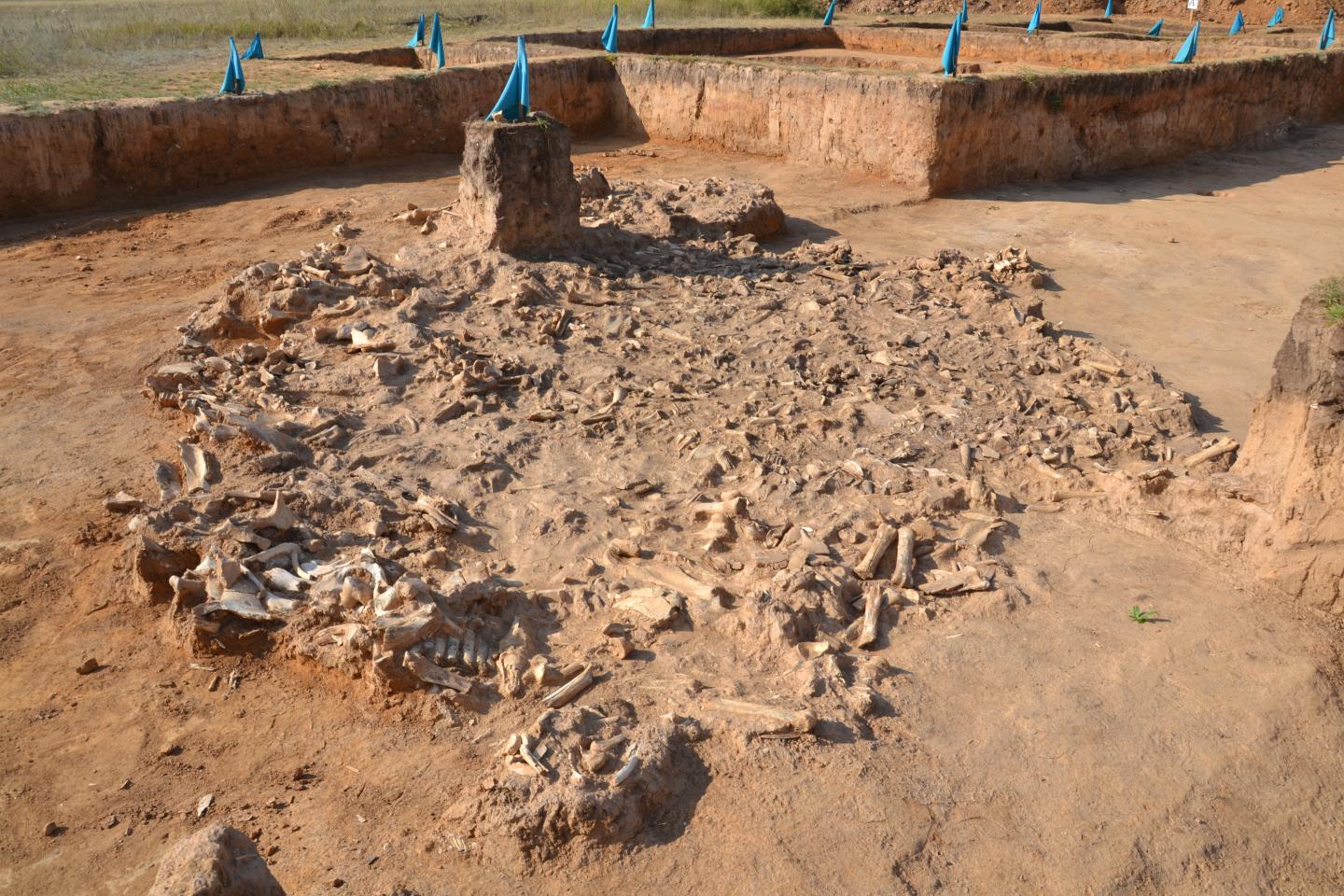 
Professor Outram said: "There is a lot of evidence in the archaeological record demonstrating that Botai horses were husbanded. It is not just horse meat that Botai people consumed, but also mare's milk. It was essential to Botai people to manage the horse resource as it provided the basis of their subsistence strategy. Probably horses were even first domesticated at Botai because horse riding somehow facilitated horse hunting."