The plastic used in many second hand toys could pose a risk to children's health because it may not meet the most up to date international safety guidelines, according to new research published in Environmental Science and Technology.

Scientists from the University of Plymouth analysed 200 used plastic toys which they found in homes, nurseries and charity shops across the South West of England.

These included cars, trains, construction products, figures and puzzles, with all of them being of a size that could be chewed by young children.

They discovered high concentrations of hazardous elements including antimony, barium, bromine, cadmium, chromium, lead and selenium - which are chronically toxic to children at low levels over an extended period of time - in many building blocks, figures and items of jewellery that were typically either yellow, red or black.

These are some of the second hand toys used in the research. 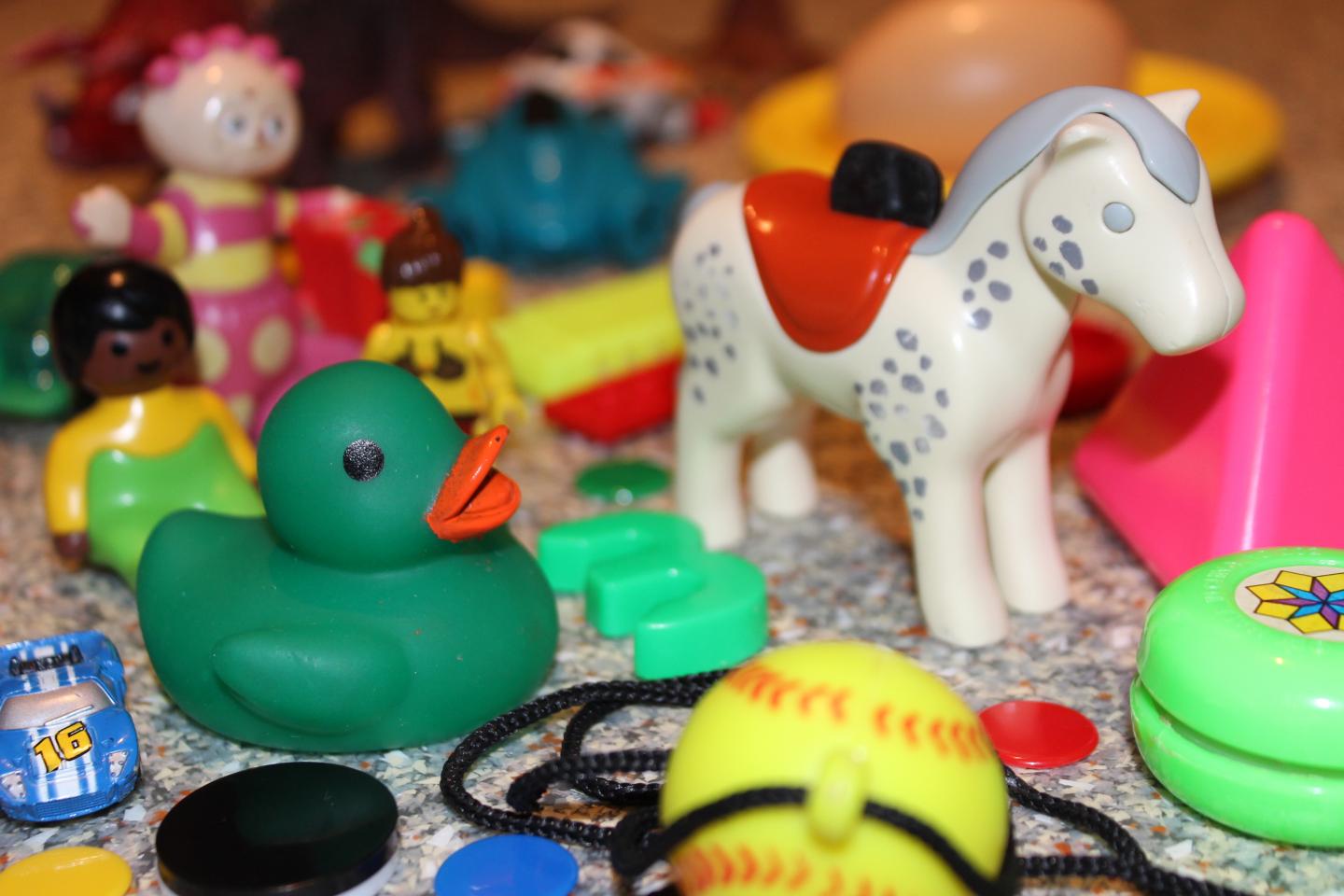 Further tests showed that under simulated stomach conditions (involving extraction in dilute hydrochloric acid) several toys released quantities of bromine, cadmium or lead that exceeded limits set by the European Council's Toy Safety Directive, with the release of cadmium exceeding its limit value by an order of magnitude in some cases.

The research was led by Dr Andrew Turner, Reader in Environmental Science, who used x-ray fluorescence (XRF) spectrometry to analyse the presence of elements within individual toys.

He has previously conducted research which showed that decorated drinking glasses can contain harmful levels of lead and cadmium, and that playground paints should be more closely monitored to reduce potential danger to public health.

"This is the first systematic investigation of hazardous elements in second-hand plastic toys in the UK," Dr Turner said. "Second hand toys are an attractive option to families because they can be inherited directly from friends or relatives or obtained cheaply and readily from charity stores, flea markets and the internet. But while the Toy Safety Directive applies to new products there is no regulation covering the recycling or re-sale of older toys.

"With the introduction and refinement of the Toy Safety Directive, the plastics industry has had to take steps to eliminate hazardous elements from new toys. However, consumers should be made more aware of the potential risks associated with small, mouthable and brightly coloured old plastic toys or components. Without that, the attractive cost, convenience and recyclability of previously used toys has the potential to create a legacy of chemical contamination for younger children."