The existence of large numbers of molecules in winds powered by supermassive black holes at the centers of galaxies has puzzled astronomers since they were discovered more than a decade ago. Molecules trace the coldest parts of space, and black holes are the most energetic phenomena in the universe, so finding molecules in black hole winds was like discovering ice in a furnace.

Astronomers questioned how anything could survive the heat of the energetic outflows, but a new theory from researchers in Northwestern University's Center for Interdisciplinary Research and Exploration in Astrophysics (CIERA) predicts that these molecules are not survivors at all, but brand-new molecules, born in the winds with unique properties that enable them to adapt to and thrive in the hostile environment.

The theory, published in the Monthly Notices of the Royal Astronomical Society, is the work of Lindheimer post-doctoral fellow Alexander Richings, who developed the computer code that, for the first time, modeled the detailed chemical processes that occur in interstellar gas accelerated by radiation emitted during the growth of supermassive black holes. Claude-André Faucher-Giguère, who studies galaxy formation and evolution as an assistant professor in Northwestern's Weinberg College of Arts and Sciences, is a co-author.

"When a black hole wind sweeps up gas from its host galaxy, the gas is heated to high temperatures, which destroy any existing molecules," Richings said. "By modeling the molecular chemistry in computer simulations of black hole winds, we found that this swept-up gas can subsequently cool and form new molecules."

This theory answers questions raised by previous observations made with several cutting-edge astronomical observatories including the Herschel Space Observatory and the Atacama Large Millimeter Array, a powerful radio telescope located in Chile.

In 2015, astronomers confirmed the existence of energetic outflows from supermassive black holes found at the center of most galaxies. These outflows kill everything in their path, expelling the food - or molecules - that fuel star formation. These winds are also presumed to be responsible for the existence of "red and dead" elliptical galaxies, in which no new stars can form. 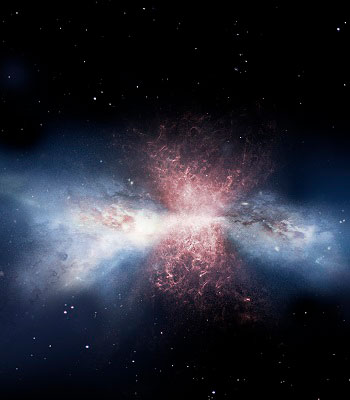 Then, in 2017, astronomers observed rapidly moving new stars forming in the winds - a phenomenon they thought would be impossible given the extreme conditions in black hole-powered outflows.

New stars form from molecular gas, so Richings and Faucher-Giguère's new theory of molecule formation helps explain the formation of new stars in winds. It upholds previous predictions that black hole winds destroy molecules upon first collision but also predicts that new molecules - including hydrogen, carbon monoxide and water - can form in the winds themselves. 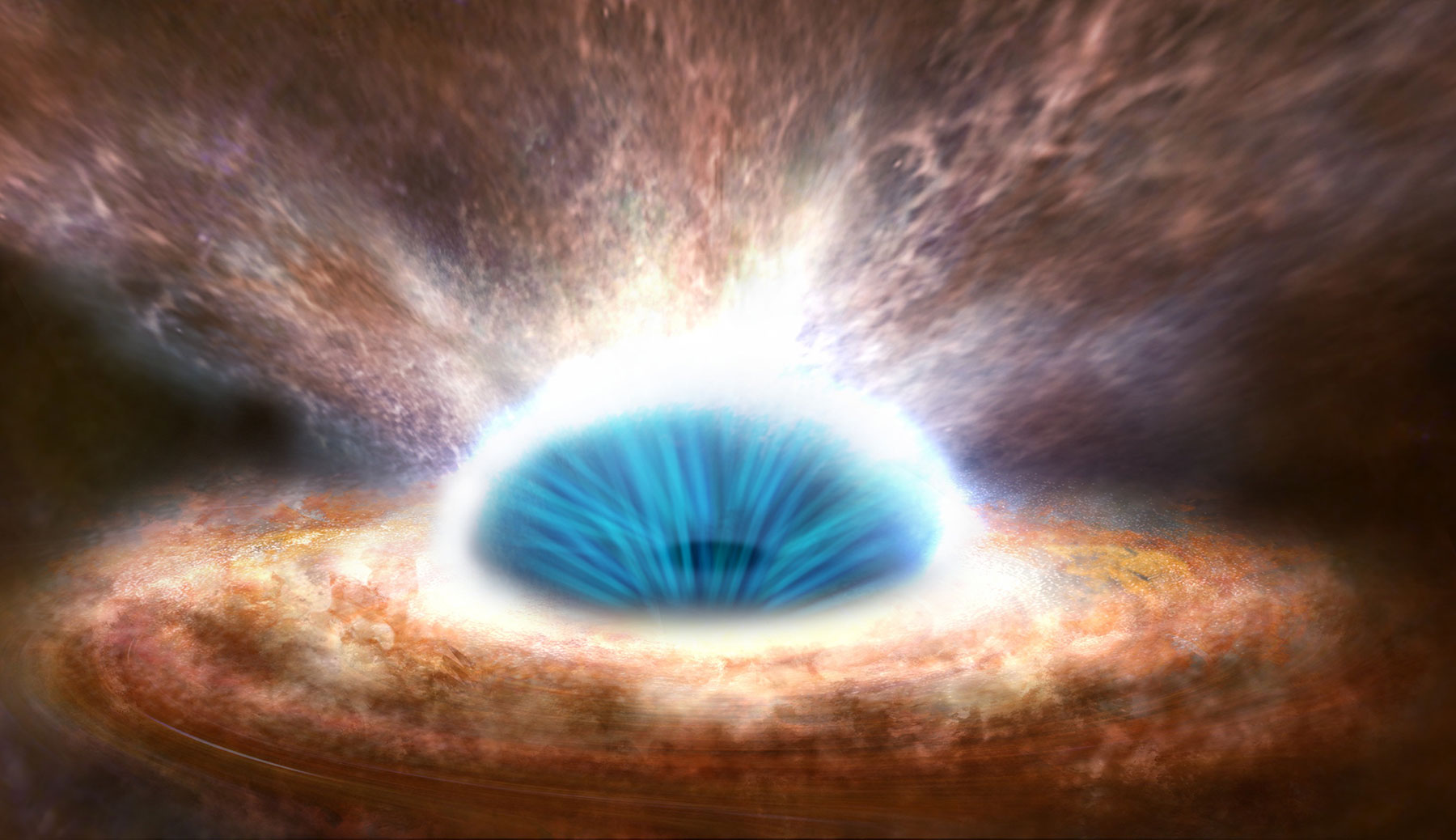 "This is the first time that the molecule formation process has been simulated in full detail, and in our view, it is a very compelling explanation for the observation that molecules are ubiquitous in supermassive black hole winds, which has been one of the major outstanding problems in the field," Faucher-Giguère said.

Richings and Faucher-Giguère predict that the new molecules formed in the winds are warmer and brighter in infrared radiation compared to pre-existing molecules. That theory will be put to the test when NASA launches the James Webb Space Telescope in spring 2019. If the theory is correct, the telescope will be able to map black hole outflows in detail using infrared radiation.