Tiny airborne particles can have a stronger influence on powerful storms than scientists previously predicted, according to a new study co-authored by University of Maryland researchers. The findings, published in the January 26, 2018 issue of the journal Science, describe the effects of aerosols, which can come from urban and industrial air pollution, wildfires and other sources.

While scientists have known that aerosols may play an important role in shaping weather and climate, the new study shows that the smallest of particles have an outsized effect. Particles smaller than one-thousandth the width of a human hair can intensify storms, increase the size of clouds and cause more rain to fall.

"This result adds to our knowledge of the interactions between aerosols, clouds and precipitation. In areas where aerosols are otherwise limited, such as remote regions of the Amazon rainforest, ultrafine aerosol particles can have a surprisingly strong effect," said Zhanqing Li, a professor of atmospheric and oceanic science at UMD and a co-author of the study. "This finding will help us better understand the physical mechanisms of cloud development and severe storm formation, which can help us develop better storm prediction methods."

A new study shows that clouds like these can be seeded by ultrafine aerosol particles when specific conditions--high humidity, heat, and a lack of larger particles in the air--are present. 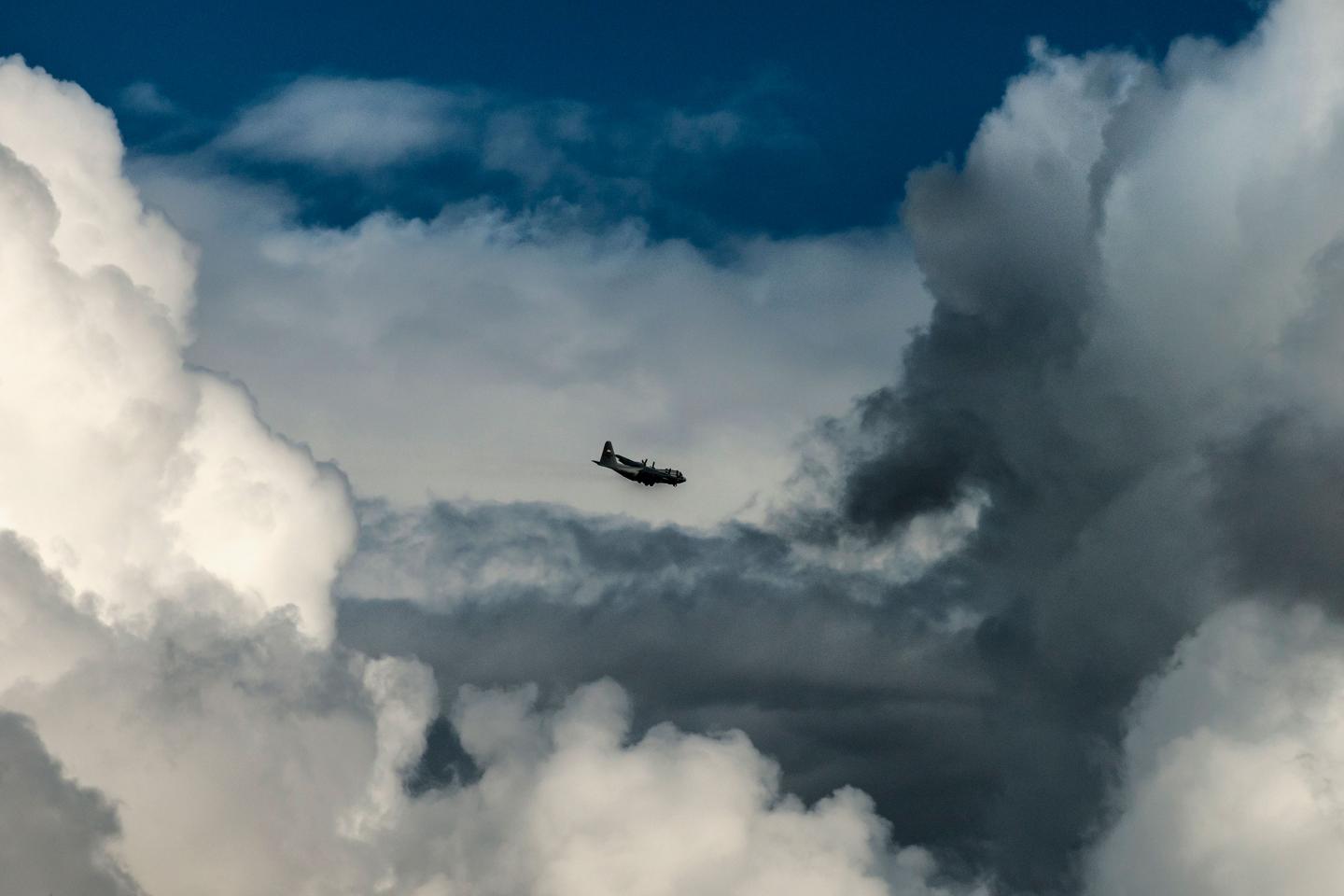 The findings are largely based on data from the international Green Ocean Amazon research campaign, including ground-based and airborne measurements of rainforest climate and water cycling collected during the study period, which spanned 2014 to 2015.

The study focused on an area of the Amazon that is pristine except for the region around Manaus, Brazil, the largest city in the Amazon, with a population of more than 2 million people. This setting gave the researchers a rare opportunity to look at the impact of pollution on atmospheric processes in a largely pre-industrial environment, isolating the effects of the particles from other factors such as temperature and humidity.

"We showed that the presence of these particles is one reason why some storms become so strong and produce so much rain," said Jiwen Fan, an atmospheric scientist at the Department of Energy's Pacific Northwest National Laboratory and the lead author of the study. "In a warm and humid area where atmospheric conditions are otherwise very clean, the intrusion of very small particles can make quite an impact."

The researchers studied the storm-creating capacity of ultrafine particles that measure less than 50 nanometers across. For reference, a typical human red blood cell is about 8,000 nanometers wide.

Larger particles are known to play a role in feeding powerful, fast-moving updrafts of air, which create clouds that form water droplets that fall as rain. But until now, scientists had not observed smaller particles, such as those contained in vehicle exhaust and industrial smog, exerting the same effect. 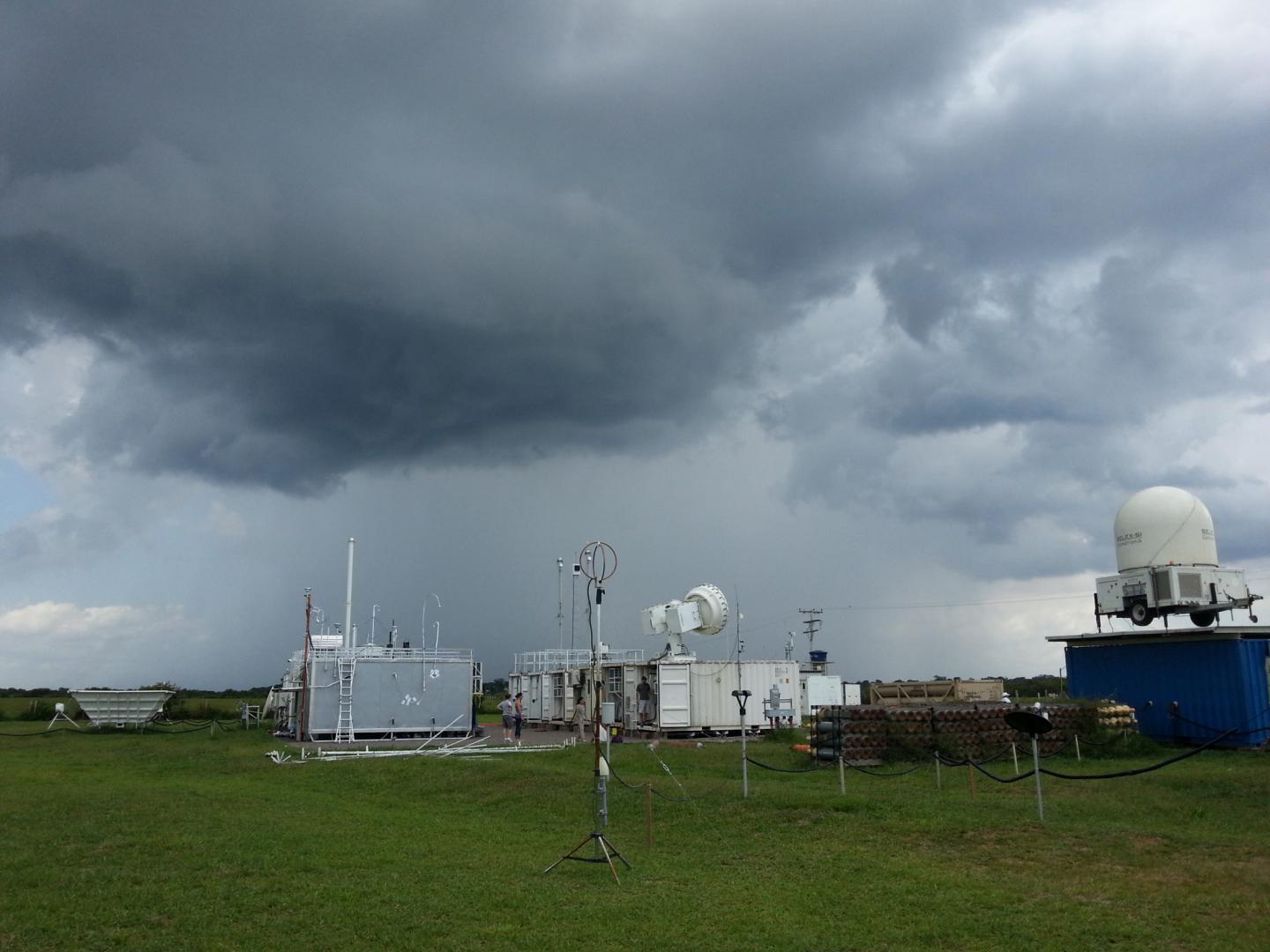 Using detailed computer simulations, the researchers showed how smaller particles can invigorate clouds in a much more powerful way than their larger counterparts when specific conditions are present. In a warm and humid environment with no large particles to attract airborne moisture, water vapor can build up to extreme levels, causing relative humidity to spike well beyond 100 percent.

While ultrafine particles are small in size, they can reach large numbers. These particles form many small droplets that quickly and efficiently draw excess water vapor from the atmosphere. This enhanced condensation releases more heat, which makes the updrafts much more powerful. As more warm air is pulled into the clouds, more droplets are launched aloft, producing a runaway effect that results in stronger storms.

"Our findings open a new door to understanding cloud physics, which matters to both weather forecasting and climate modeling," said Li, who has a joint appointment in UMD's Earth System Science Interdisciplinary Center (ESSIC). "In particular, cloud physicists will revisit the mechanisms of aerosol-cloud-precipitation interactions, especially for regions such as the Amazon where the environment has undergone rapid change due to urbanization and deforestation."