A study of a New Zealand volcano suggests that a volcanic system's response to tidal forces could provide a tool for predicting a certain type of eruption. A long-standing question in Earth Science is the extent to which seismic and volcanic activity can be regulated by tidal stresses.

Just before a surprise eruption of New Zealand's Ruapehu volcano in 2007, seismic tremor near its crater became tightly correlated with twice-monthly changes in the strength of tidal forces, a new study has found. The research, published in the journal Scientific Reports, suggests that signals associated with tidal cycles could potentially provide advanced warning of certain types of volcanic eruptions.

"Looking at data for this volcano spanning about 12 years, we found that this correlation between the amplitude of seismic tremor and tidal cycles developed only in the three months before this eruption," said Társilo Girona, the study's lead author. "What that suggests is that the tides could provide a probe for telling us whether or not a volcano has entered a critical state."

Ruapehu Volcano: A new study suggests that tidal cycles could be useful in predicting volcanic eruptions. 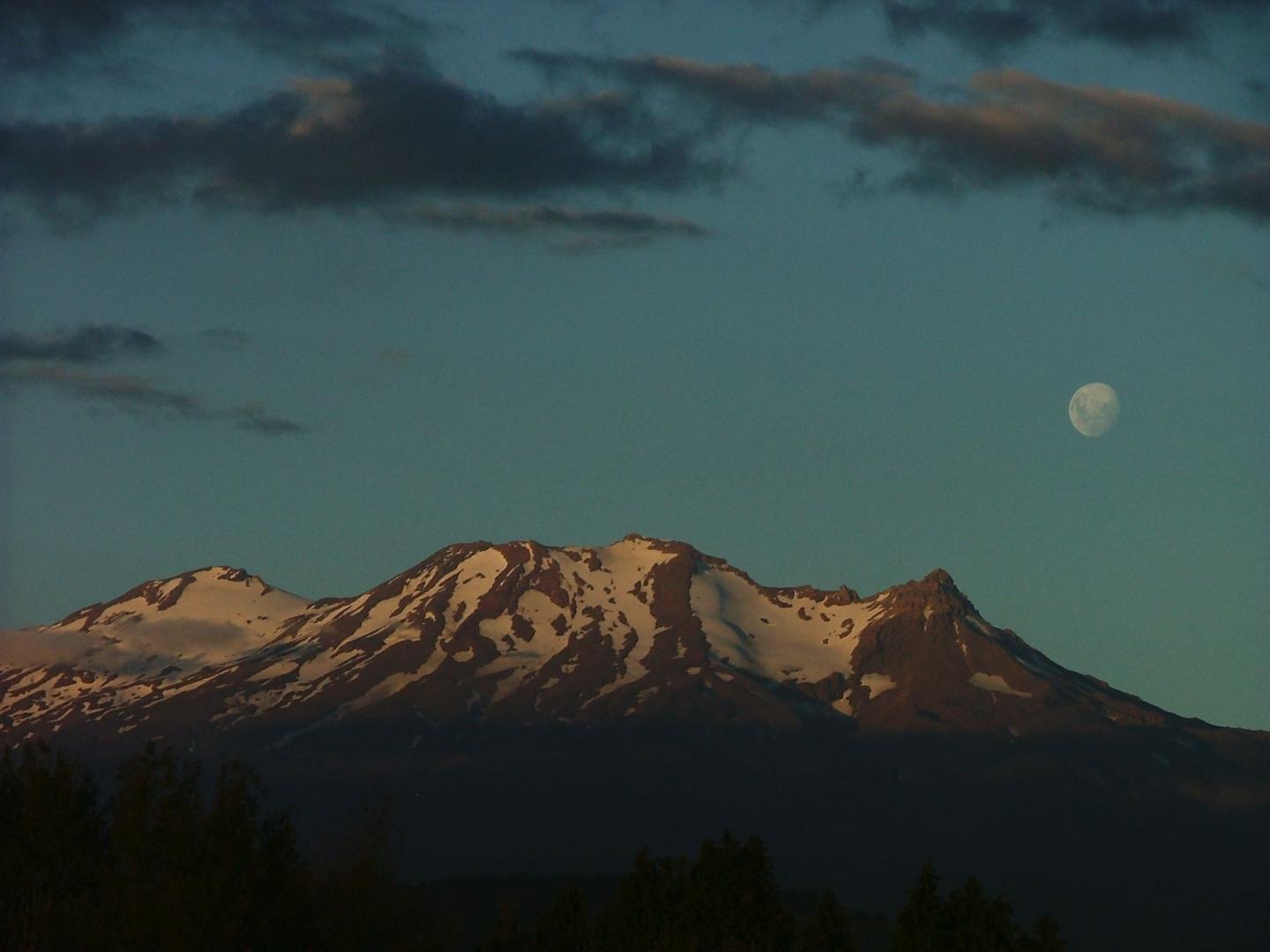 
Girona, a NASA postdoctoral fellow at the Jet Propulsion Laboratory, led the research during a postdoctoral appointment at Brown University, working with Brown professor Christian Huber and Corentin Caudron, a postdoctoral researcher at the Ghent University in Belgium.

Earth's tides rise and fall daily due to the gravitational tug of the Moon as the Earth rotates. During full and new Moons, the lunar gravitational pull lines up with that of the sun, which makes the daily tidal bulges a little larger during those Moon phases. During the first- and third-quarter Moons, the daily tidal bulge is a little smaller. This twice-monthly change in tidal amplitude is sometimes referred to as the fortnightly tide. While we normally think of tides in terms of rising and falling waters, these gravitational stresses also affect the planet's solid crust. The question of whether gravitational stresses may influence volcanic activity is longstanding in the Earth sciences.

"A lot of research has been focused on whether or not tidal forces can trigger eruptions, and there's no definitive evidence whatsoever that they do," Huber said. "We wanted to take a different angle with this study and look at whether there's some detectable signal associated with tidal forces that can tell us something about a volcano's criticality."

The researchers chose to study Ruapehu volcano in part because its activity has been closely monitored for years by GNS Science, a research institute in New Zealand. The mountain is a popular tourist attraction and home to two ski resorts, so officials want to be aware of any warning signs that it might erupt. That monitoring provided a long and continuous data set for the researchers to study.

In particular, the team was interested in data from seismic sensors located near the volcano's crater. Those sensors pick up volcanic tremor, a low-level seismic rumble that provides a persistent signal of activity within a volcanic system. Using a sophisticated statistical technique, the researchers combed through 12 years of seismic data, looking for any period when the seismicity was correlated with lunar cycles. They found that for most of those 12 years, there was no correlation between tremor and lunar cycles, except the few months before a steam-driven eruption on Sept. 25, 2007, when a strong correlation emerged.

During those three months, the amplitude of tremor rose and fell ever so slightly in lock step with the fortnightly tidal cycle. While the fluctuations in seismic amplitude were subtle, the strength of the correlation to the tidal cycle was not. The correlation was as strong as 5 sigma, the researchers say, meaning that the probability that pattern arose by chance is about one in 3.5 million.

To understand how tidal forces were affecting Ruapehu during those three months, the researchers used a model of seismic tremor that they had developed previously. Volcanoes like Ruapehu have a vertical conduit through which lava rises, and a solid rock plug at the top. Gases released from the lava form a pocket between the rocky plug and the lava pool. That gas pocket can resonate against the plug, which creates seismic tremor.

The model suggests that when the pressure of the gas pocket reaches a critical level -- a level at which a steam eruption is possible -- the differing stresses associated with changing tidal forces are enough to change the amplitude of tremor.

"That's what we think was happening in 2007," Huber said. "When the pressure in the system became critical, it became sensitive to the tides. We were able to show that the signal is detectable."

None of the other indicators geologists typically use to anticipate eruptions raised any warning flags in 2007. So a tidal signal could be a way of predicting steam-driven eruptions, which are otherwise hard to predict.

"We'd like to collect more data from other eruptions and other volcanos to see if this tidal signal shows up elsewhere," Huber said. "Then we can start to think about using it as a potential means of predicting future eruptions of this kind."

The research was funded by the National Science Foundation (1454821).