A diaspora of surprisingly related lizards is revealing a genetic journey that began about 40 million years ago along a chain of islands that no longer exist.

A new paper appearing in Proceedings of the Royal Society B shows a varied collection of lizards throughout Asia to be unexpectedly close cousins of beach-dwelling mourning geckos, all descended from a common ancestor species that thrived along an ancient archipelago in the West Pacific that served as a "superhighway" of biodiversity.

The dispersal of these lizards, of the genus Lepidodactylus, touches upon a major theory of island biogeography developed by celebrated biologist E.O. Wilson, dubbed the "taxon cycle" model. The new paper also sheds light on lineage diversity and habitat use in the world's most geologically complex insular region -- Pacific island arcs spanning from the Philippines to Fiji.

Taxon cycles are sequential phases of expansion and contraction of the ranges of species, associated generally with shifts in ecological distribution. The important contribution of the taxon cycle to biogeographical analysis is its emphasis on evolutionary and ecological interactions between native and invading populations.

The Cenozoic Era is the current geological era, covering the period from 66 million years ago to the present day. The Cenozoic is also known as the Age of Mammals, because of the large mammals that dominate it. 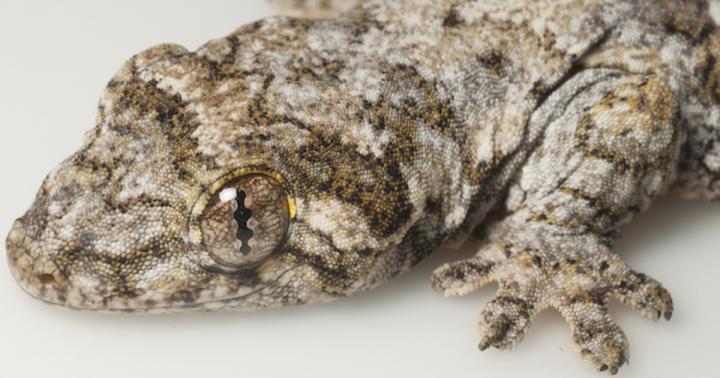 "One of the things that I find exciting about this work is how our phylogeny, estimated from DNA sequence data, provides evidence for a giant, widespread radiation of variably sized mourning geckos, scaly-toed geckos and their relatives," said co-author Rafe Brown, professor of ecology & evolutionary biology and senior curator at the KU Biodiversity Institute. "It was a big surprise to find groups of large-bodied, morphologically diverse, deep forest specialists, nested within a widespread clade of small-bodied coastal generalists -- we didn't think they were related at all."

Brown said some of the mourning geckos' closest relatives are physically very different, but all "conspicuously" live along island arcs or lost island arcs that have merged into continents, including the modern-day Philippines, northern and eastern New Guinea, eastern Melanesia, Vanuatu, Fiji, Christmas Island and Borneo.

Of 12 major Lepidodactylus lineages, interesting groups include a genus of obligate forest "slender gecko" species and two groups of mysterious "flap-legged" geckos endemic to the Philippines.

"The slender, long-bodied geckos of the genus Pseudogekko live deep in forests, and we didn't think they were related to the small, primarily coastal scaly-toed geckos," Brown said. "Another is Luperosaurus, the flap-legged geckos. They're big and robust and have thorns and flaps all over their bodies, and some are orders of magnitude larger than mourning geckos. It's astounding that these lizards that are so physically different have turned out to be close relatives."

"To me, this work underscores how much we have yet to understand about the complexity of species diversification on our planet, particularly in island systems," said Siler. "It is amazing to think about the role these ancient island systems played in the evolution of endemic communities in Wallacea, the West Pacific and Australasia."

Lepidodactylus may have radiated via the Vitiaz Arc that fragmented and turned into the Philippines, Solomons, Fiji, Vanuatu and other islands that today are all very far apart. 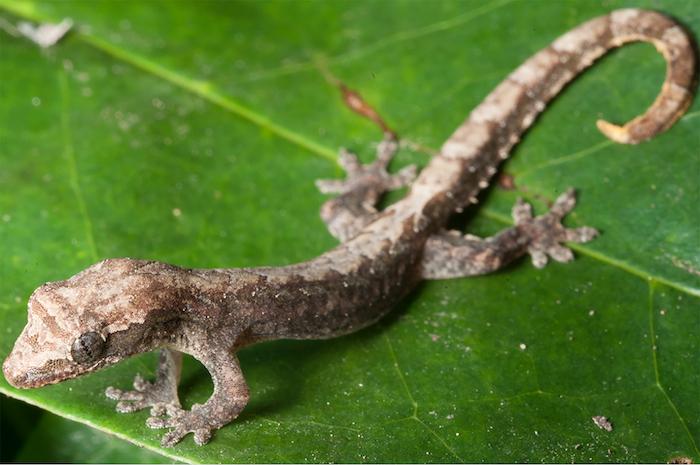 According to Brown, the findings were the result of extensive fieldwork among researchers as well as genetic analysis and data gleaned from biodiversity collections.

"No one research group could ever have put this together alone," he said. "Firstly, we never knew these groups were closest relatives, and with separate research groups focusing on different regions with what we thought were unrelated lizard faunas, we might not have even put their DNA sequences into analyses together. The sheer magnitude of the sampling around New Guinea, Australasia, Borneo, Melanesia, Christmas Island, the Philippines and across the Pacific made this study possible. The key was putting together the efforts of many friends and colleagues who provided access to their samples and allowed us to paint the whole picture. Some of these lizards are super rare -- there's no way, in a single person's career, could an individual go to all these places and collect all the necessary samples."

Brown said the evolution of Lepidodactylus may be tied to the Vitiaz Arc, a near continuous chain of island arcs that stretched across the West Pacific some 30-40 million years ago during the Oligocene, which today is incorporated into present-day landforms ranging from the Philippines to Fiji.

"We used DNA sequencing data and sophisticated statistical analysis to estimate divergence of major groups in the phylogeny," he said. "Those initial divergences probably date back to between 30 and 40 million years. When you scroll back into Earth's history, the landmasses looked very different. One thing that jumps out is the inferred existence of a long chain of islands that stretched out across the Pacific called the Vitiaz Arc. This configuration of fragments of modern-day landmasses and islands that have since shifted but once lined up like a kind of superhighway for biodiversity across the Pacific. Given the timing, it seems like that big long chain of islands may have played a role in the evolution of this group."

Brown said as the Vitiaz Arc fragmented and parts turned into the Philippines, Solomons, Fiji, Vanuatu and other islands that today are all very far apart, they may have facilitated the broad distribution of Lepidodactylus.

"If ancient lineages evolved and gained widespread distribution across this ancient arc, some really may have persisted for the past 30 to 40 million years," he said.

The dispersal of the Lepidodactylus touches upon the model of the "taxon cycle" proposed by E.O. Wilson in his study of ants in Fiji and New Guinea. Wilson's idea was that colonizer species are specialized to survive harsh island coastal terrains but eventually evolve traits to adapt to habitats away from island margins -- more inland and upland -- where some successor species thrive and others go extinct. In the meantime, the original costal colonizers often are replaced by successive waves of new invaders.

"It's a very famous, influential idea about how species may colonize new islands and habitats and possibly evolve through predictable ecological transitions," Brown said. "The idea is very provocative because we commonly think about evolution as determined in part by chance, but what some components of species geographical range evolution were almost deterministic? The brilliance of E.O. Wilson was his ability to conceive of a cyclic process based solely on patterns he saw in ant species' distributions. He didn't have the phylogenies we have today, but he inferred relations and put this together as a very clear model, with predictions that we can test today with DNA, sophisticated statistics and knowledge of species' distributions."

According to Brown, findings in the new paper include support for the taxon cycle model in Lepidodactylus but also some evidence that runs counter to it.

"In some cases, lizard lineages limited to continental fragments have persisted," he said. "And in some cases, we did not find the most ancient lizards to be specialists from interior habitats on the oldest land masses. Some ancient lineages are found today on the margins of arc islands or just on the edges of larger landmasses. There are exceptions to any rule, of course. For instance, Lepidodactylus ranauensisis -- a species that looks like the kind of common lizard that you might expect to find on a coconut tree on a beach in the Philippines--is actually endemic to Mount Kinabalu on Borneo, maybe 32 million years old, and has no close relatives. Perhaps it is the only surviving member of a once more diverse group of lineages that have gone extinct. We just don't know. But to find these single evolutionary relics is sort of exciting for a phylogeneticist."