BYU electrical and computer engineering professor and holography expert Daniel Smalley has long had a goal to create the same type of 3D image projection. In a paper published this week in Nature, Smalley details the method he has developed to do so.

“We refer to this colloquially as the Princess Leia project,” Smalley said. “Our group has a mission to take the 3D displays of science fiction and make them real. We have created a display that can do that.” 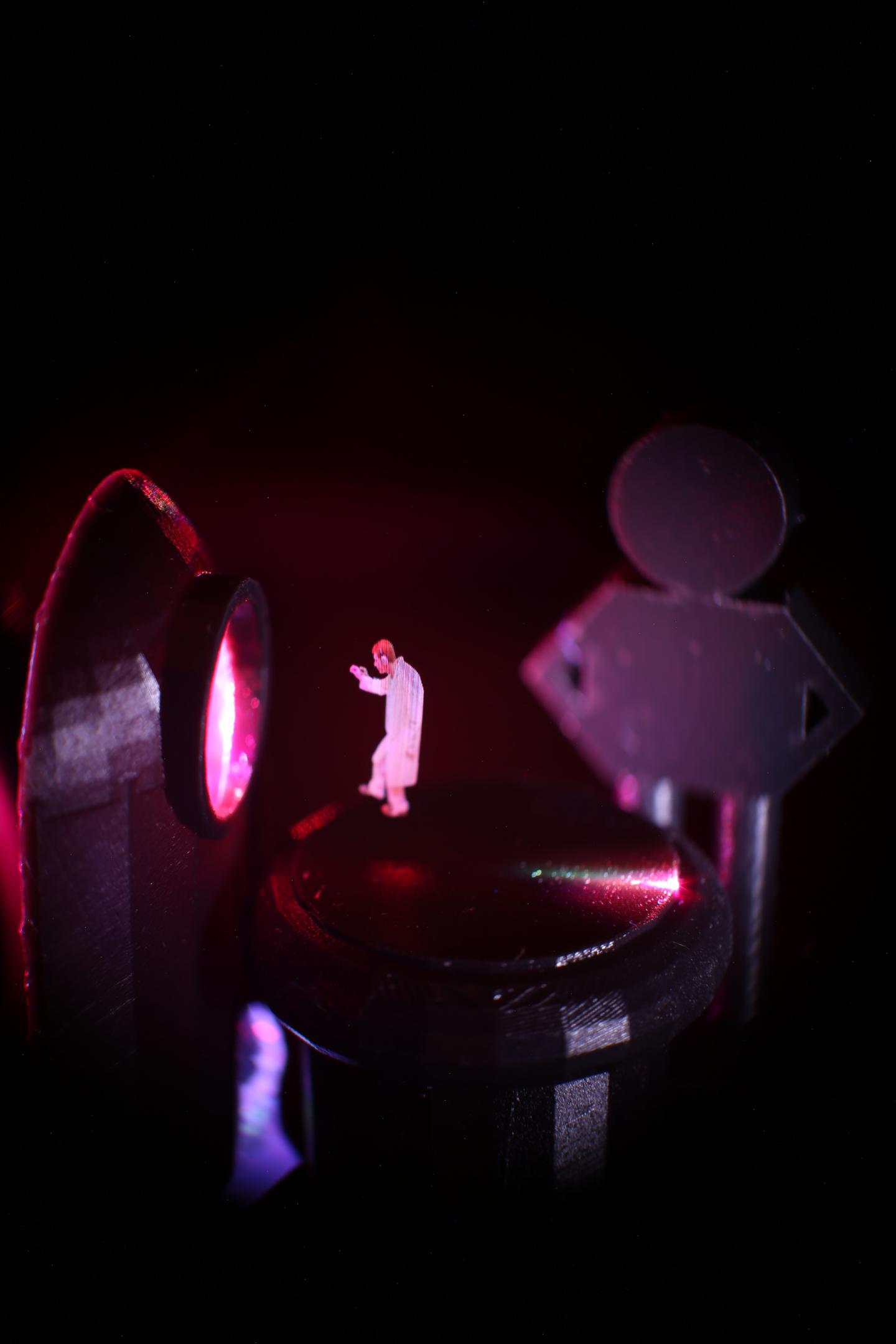 First things, first, Smalley says. The image of Princess Leia is not what people think it is: It’s not a hologram. A 3D image that floats in air, that you can walk all around and see from every angle, is actually called a volumetric image. Examples of volumetric images include the 3D displays Tony Stark interacts with in Ironman or the massive image-projecting table in Avatar.


Dr. Smalley with his student researchers.

Smalley and his coauthors have devised a free -space volumetric display platform, based on photophoretic optical trapping, that produces full-color, aerial volumetric images with 10-micron image points by persistence of vision.

“We’re using a laser beam to trap a particle, and then we can steer the laser beam around to move the particle and create the image,” said undergrad coauthor Erich Nygaard.

Smalley said the easiest way to understand what they are doing is to think about the images they create like 3D-printed objects.

“This display is like a 3D printer for light,” Smalley said. “You’re actually printing an object in space with these little particles.”

So far Smalley and his student researchers have 3D light printed a butterfly, a prism, the stretch-Y BYU logo, rings that wrap around an arm and an individual in a lab coat crouched in a position similar to Princess Leia as she begins her projected message.

While previous researchers outside of BYU have done related work to create volumetric imagery, the Smalley team is the first to use optical trapping and color effectively. Their method of trapping particles and illuminating it with colorful lasers you can see is novel.

“We’re providing a method to make a volumetric image that can create the images we imagine we’ll have in the future,” Smalley said.