In future, tiny robots moving in your body could transport medication specifically to where it is needed.

Tiny robots need not fear obstacle courses in the future: Scientists from the Max Planck Institute for Intelligent Systems in Stuttgart have developed a minuscule, flexible robot that can master a variety of forms of movement. Its magnetic drive allows it to walk, crawl and roll through difficult terrain. Moreover, it can transport small loads and swim on and in liquids.

The millirobot now introduced by the Max Planck researchers in Stuttgart moves over land and water. Jellyfish and caterpillars are just two of the natural role models that inspired the scientists. 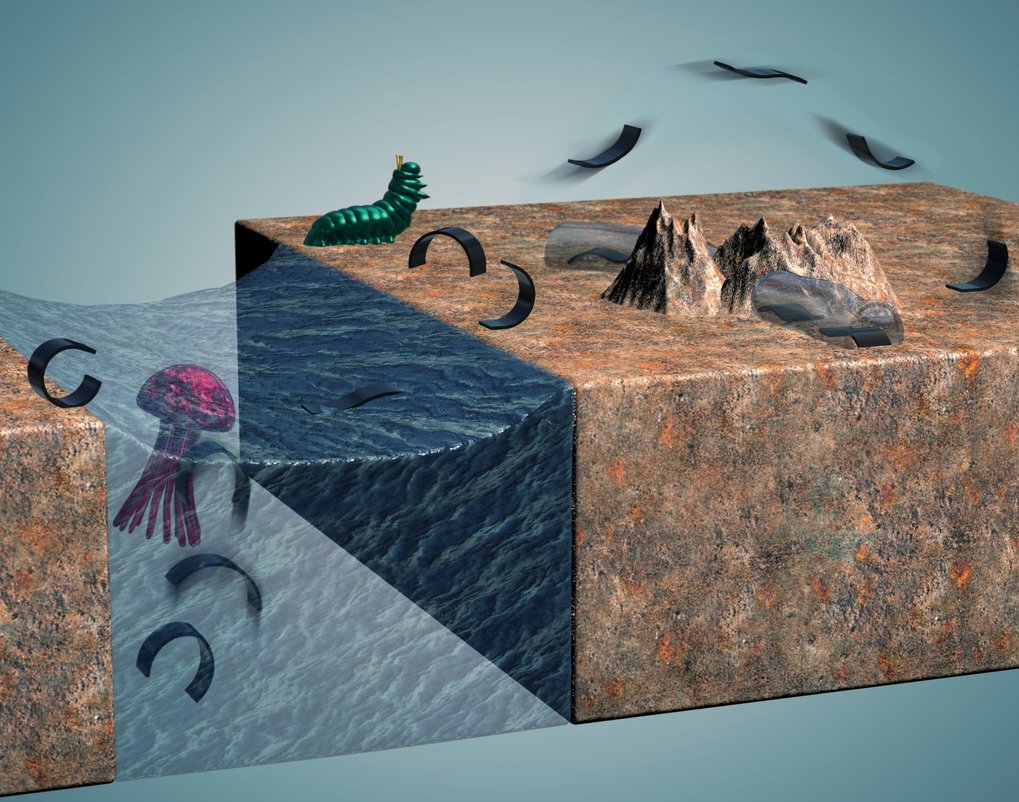 The millirobots are characterized by their manoeuvrability. The tiny vehicle, a strip of elastic silicon just four millimetres long, can be used in a variety of locomotion modes, allowing the millirobot to manoeuvre even through a complex environment. Previous microrobots, on the other hand, can only manoeuvre to a limited extent and meet their match especially in difficult terrain.

The researchers from the Stuttgart-based Max Planck Institute for Intelligent Systems found inspiration for the development of the manoeuvrability talent in nature: "When we build robots, we look at the mechanics of the movement of soft-bodied biological organisms, for example, and are inspired by them", says Metin Sitti, Director of the Physical Intelligence Department. "With our millirobot, the result is a mix of several soft creatures such as beetle larvae and caterpillars. However, a spermatozoid and a jellyfish also served as models."'

Initial tests in a dummy stomach and on chicken meat tissue

Through an obstacle course with ease: The millirobot walks, crawls, swims, climbs a step and jumps through a complex environment. 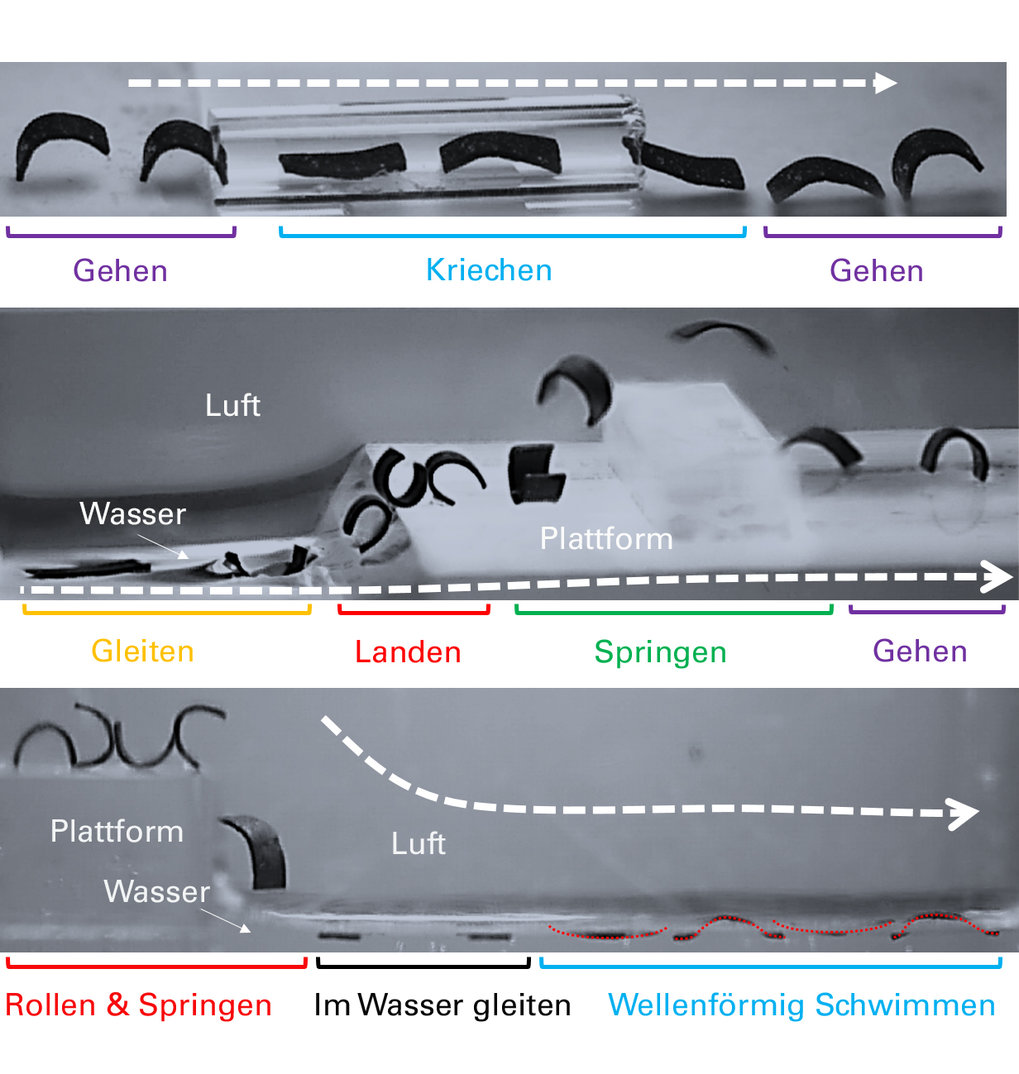 The robot is able to perform the different movements because the scientists have embedded magnetic microparticles in its soft, elastic silicone rubber body, resulting in a precisely defined magnetization profile. This allows the researchers to operate and control it using an external magnetic field. By varying the strength and direction of the magnetic field, they deform the rubber strip in different ways. This allows the millirobot to complete an obstacle course similar to what would be encountered in the human body: it can walk or roll across surfaces, jump across obstacles, crawl through narrow tubes and swim on or in liquids. In addition, it can grasp objects, transport them and deposit them at defined locations.

Sitti's team tested the millirobot in a synthetic surgical stomach model and in chicken meat tissue, where the artificial multi-talent demonstrated excellent results. When the researchers could not observe it directly, they tracked where and how exactly the robot made his way forward using ultrasound imaging. Great challenges still need to be overcome before such a millirobot can be used in patients: for example, it needs to prove that it can be controlled within the human body. However, the researchers are confident that these hurdles can be taken.

The millirobot is intended to transport medication

The silicone rubber strip with embedded magnetic particles forming the body of the very manoeuvrable millirobot is only four millimetres long. 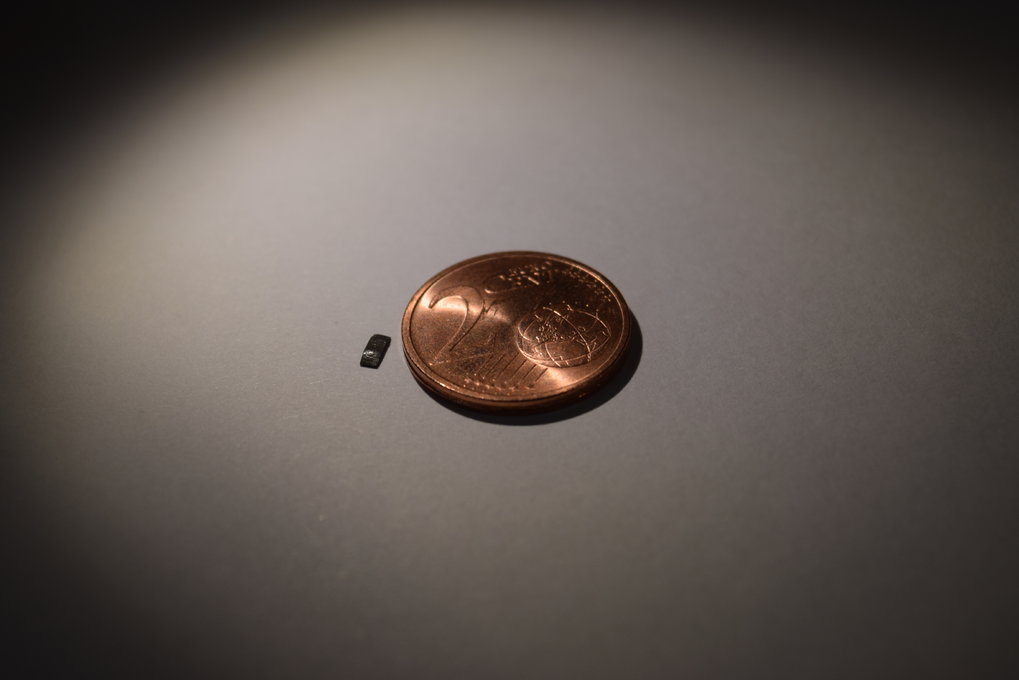 "Our objective is that our millirobot will one day transport medication to where it is needed – similar to a parcel delivery to the front door", says Metin Sitti. "We aim to use it in minimally invasive medical procedures on the patient: either by swallowing the robot or by inserting it into the body through a small opening on the skin. From there, the robot can then move through the digestive tract or the bladder, or on to the heart – we envisage numerous possibilities."

Research on mobile microrobots, which may be deployed in medicine in the future, plays a central role in the Department of Physical Intelligence. The hope of the Max Planck researchers is that cable-free, mobile robots will one day become established in medicine and open up new disease treatment and surgical perspectives, which are not possible at the moment.

With the aid of such millirobots, a surgeon would have direct access and precise control in areas of the body that can only be penetrated using a scalpel today. "Without surgery, it is currently not possible to gain access to many areas of the body. Our objective is to make these regions accessible non-invasively using our soft millirobot to perform diagnosis and therapy," says Metin Sitti.
on January 30, 2018